The new story mode in ‘FIFA 18’ is all about choice

At Gamescom, I was able to play a brief snippet from early in the game. Alex has spent his summer in Brazil and completed a brief pre-season tour in Los Angeles, before settling back down in England. The demo started in his apartment with Alex’s grandfather, Jim Hunter, preparing breakfast and his mother, Catherine Hunter, working on a laptop. Soon enough Michael, Alex’s agent, bursts into the room with some big news: he’s been on the phone with someone representing Real Madrid an apparently, ‘Los Blancos’ is interested in signing Hunter. Alex, unsurprisingly, is elated.

Before the deal can go through, however, Hunter needs to play a few games with his current team. In this scenario, it was Chelsea, though that could change depending on your particular playthrough. Soon enough, you’re sat in the locker room, waiting for a match with Manchester United to begin. But the coach, Butler, has bad news: The manager wants Hunter to start on the bench, fearing that his heart and thoughts are no longer with the London club. “Personally, I hope you stay, lad,” Butler says with a sigh.

Deep in the second half, the manager brings you on. Chelsea are 3-0 down and the manager, Antonio Conte, expects you to achieve a rating of 8.5 for the rest of the game. The other match “bonuses,” which affect how the manager sees you, include winning the game and completing 10 passes. No pressure, then. In my game, I was able to score and set up a couple of team mates, drawing the two teams level. While I managed a rating of 9.4, I didn’t complete the passing objective or ultimately win the game.

Then, disaster strikes. I won’t spoil what happens, but the result is that you won’t, it seems, be signing for Real Madrid any time soon.

Still, it’s clear that Hunter will, at some point, get the chance to move abroad. Sam Rivera, lead gameplay producer on FIFA 18, says these moments are a reflection of the game’s fanbase, which stretches all over the world. Soccer is a truly global sport, so it makes sense to show the profession and fan culture from different perspectives. “For people in the UK, they probably liked The Journey last year because it was all based there,” he says. “But, people around the world want to see more places. And even if you’re in the UK, sometimes other places are fun, right?” 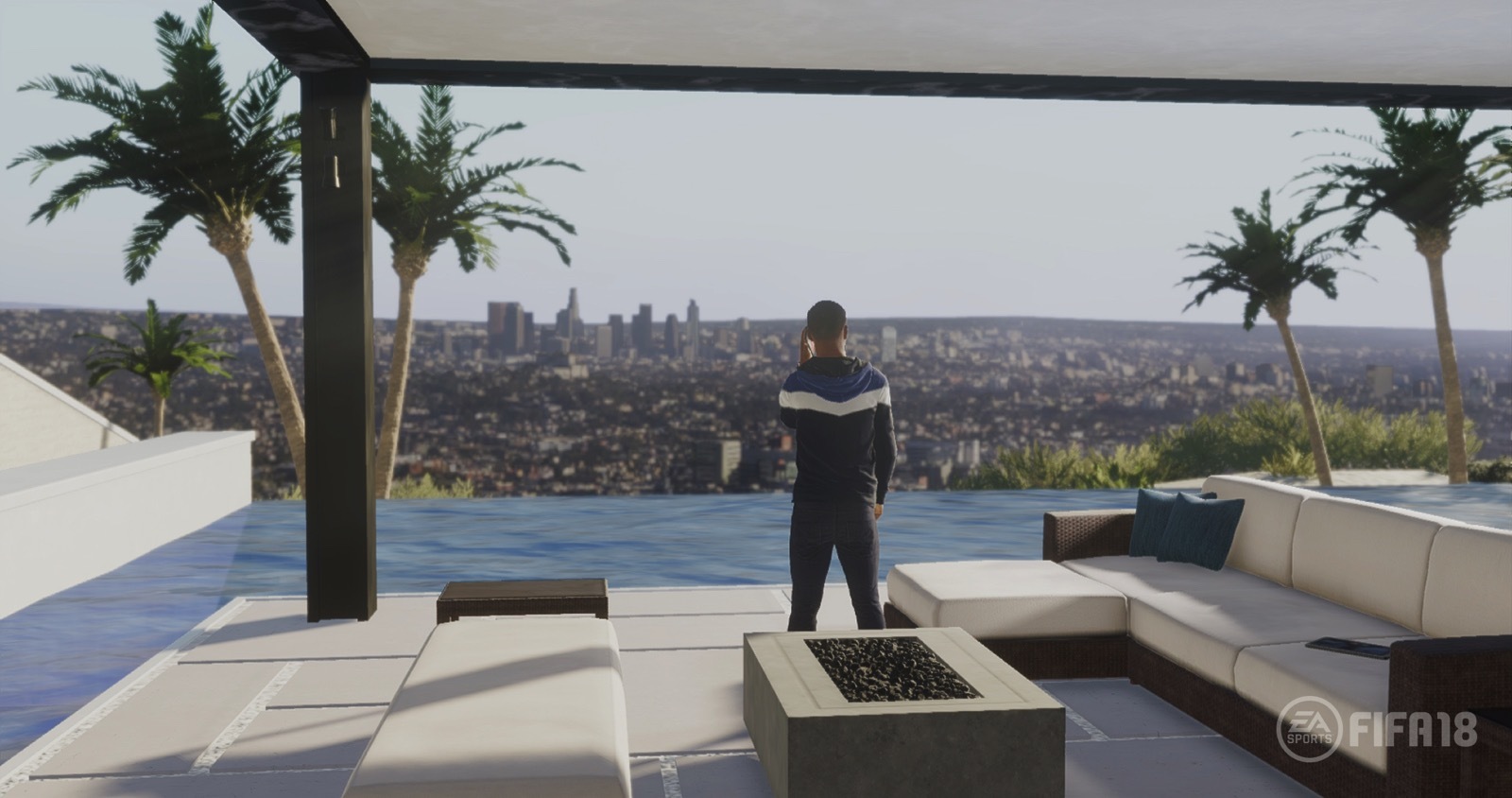 You won’t visit every division on the planet, however. The Journey is successful because it balances wish fulfilment with authenticity. Last year, Hunter was able to play in the Premier League, but not before dropping down to a Championship side. The campaign stopped with an FA Cup Final which, while exciting, is far from the sport’s apex. It’s not like Hunter won the UEFA Champions League, or picked up the coveted Ballon d’Or.

“Even if you finished The Journey, you didn’t play against Ronaldo, Messi, or other superstars,” Rivera says. “Because that’s how it goes in real life. It takes time, right?”

At least one of those players will feature in Hunter’s second season, however. Cristiano Ronaldo is confirmed for the second season, alongside Atletico Madrid star Antoine Griezmann, Bayern Munich legend Thomas Muller and Tottenham Hotspur’s Dele Alli. That doesn’t mean you’ll play for their respective clubs — at least, it’s not confirmed — but Rivera promises they’ll impact Hunter’s career somehow. EA visited Ronaldo in Madrid to capture his likeness and dialog, and while that’s no guarantee of acting prowess, Rivera hopes players will be impressed by the results.