Android TV: All the products that work with Google’s TV OS

Update: Android TV is rapidly growing. Google said it has 1 million new device activations every two months and doubled the number of users since last year.

Android TV is the name of the TV operating system that’s developed in-house at Google. It’s different than Google TV (a defunct moniker for Google’s play into the living room space) and it definitely isn’t related to Chrome in any way.

The best description for Android TV is that it’s a smart entertainment platform. It comes built into a number of TVs (primarily from Sony, Sharp and LeEco) but also in a number of streaming video players like the Nvidia Shield.

To that end, think of Android TV like iOS or Android – it’s an operating system for all of your favorite apps, games, movies, music and TV shows that you navigate with a remote instead of your finger … and you know, on your TV.

Of course, there are a half-dozen other smart TV platforms out there these days: LG has webOS 3.5, Samsung has Tizen and Roku has, well, Roku. All of these platforms have something special that makes them unique and potentially a better fit for you and your entertainment needs.

So what sets Android TV apart from the competition? Why do you want a TV with Android at all? Let’s dive into Android TV’s key features.

Look, it’s not hard to find a player or TV that streams Netflix. It’s not. But Android TV doesn’t just serve as a static homebase for apps. It’s a dynamic way to find new content and can work like a Chromecast to stream content from your mobile device to the big screen. That being said, here are Android TV’s best features, with descriptions located further down below: 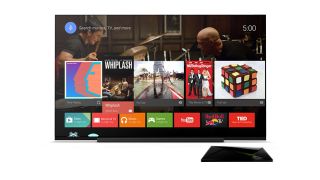 Curated content: One of Android TV’s most admirable skills is its ability to analyze the kind of content you usually watch, play and listen to, and recommend similar content. You can find recommendations in the top row of the Android TV interface, where you’ll usually find a mix of content from YouTube, Google Play Movies and TV and the Google Play Store. 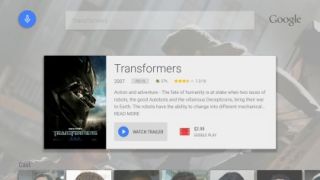 Universal search: Of course, if you don’t see what you’re looking for in the curated content row, you can also search for content either using the search bar at the top of the Android TV interface or the voice search button on your remote. Android TV crawls a number of services including Netflix, Hulu, YouTube and Google Play Movies and TV to find what you’re looking for, and usually lists the lowest price first. 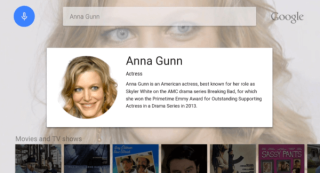 Native IMDB support: Say you just saw Guardians of the Galaxy 2 and you want to see what other films Chris Pratt was in. Search Chris Pratt on Android TV and you’ll find every title the actor has ever been in. Click a TV show and you’ll find a synopsis, where you can watch the show and the rest of the show’s cast. It’s a pretty handy feature. 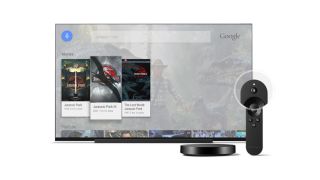 Voice search via the remote: Instead of scrolling all the way up to the top of the interface and painfully typing out the name of the show, movie or actor you’re looking for, you can simply speak the name into the Android TV remote. It’s a huge time-saver. 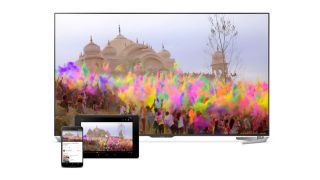 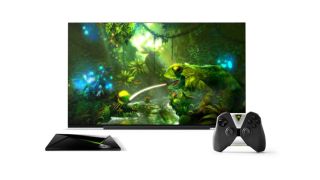 Games via the Google Play Store: Fancy yourself a game of Pong between seasons of Breaking Bad? Android TV has more games on its store than any other TV operating system. Like Android on phones, some games are free and others cost money. 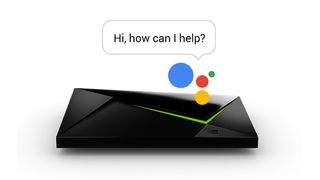 Which products use Android TV?

Android TV is available on two types of devices: TVs and streaming video boxes. While the interface and functionality is nearly identical across devices, there can be some small differences between them.

Why? Well each hardware manufacturer has the ability to modify the base Android TV code to tailor it for their system. For a short period of time, Nvidia Shield was the only device that had access to Amazon, for example. One device might have PlayStation Now, while others might use a spot on the Android TV interface for a first-party app. (LeEco, for example, has a space for its LeTV on the Android TV homepage, for example.)

These are generally minor differences and not ones to lose sleep over.

So which devices actually use Android TV? Let’s explore. 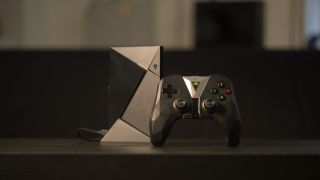 The Nvidia Shield is the best box for wannabe Android TV owners. Not only does it stream content in 4K HDR, but it plays a whole host of games you won’t find on any other streaming device thanks to Nvidia’s GeForce Now streaming service. On top of the games and 4K content, you’ll find Amazon Instant Video here (the Shield is the only Android TV device with Amazon) and Google Assistant integration. It’s a bit pricey, but it’s well worth it. 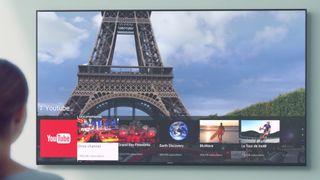 If you’re looking to buy a new screen with Android TV built-in, there’s none better than Sony’s 2017 X900E Series. Headline apps for this excellent TV consist of Amazon Video, Netflix and YouTube. Both Netflix and Amazon support 4K and HDR streams. If you need more there’s Google Play, Wuaki, PlayStation Video, Spotify and other stuff you’ll never explore in a month of Sundays. Of course you’ll also find games and music mixed amongst the video channels when you’re done binge-watching the latest season of your favorite show. 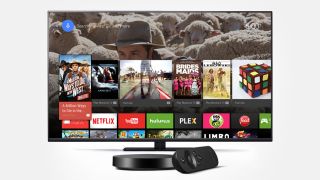 We reviewed the Nexus Player when it came out back in 2014 and thought it was a decent player. It didn’t have many features that Roku had at the time, but thanks to some stellar improvements on Android TV has grown into a competitive streaming video box. We wouldn’t recommend it over the Nvidia Shield but, that said, you can find the Nexus Player for much, much cheaper. 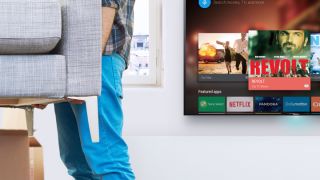 If the price hasn’t scared you off yet, the Sony A1E OLED is an absolutely phenomenal television. It has some of the best contrast anywhere, and handles sound in a completely innovative way that immerses you in the content. All things considered the A1E is one of the best portals to Android TV – although, it’s probably one of the most expensive too. Still, if you’re looking for 4K HDR streaming TV with the deepest blacks and crazy-high contrast ratios, this is it.

That’s it for now. We’ll continue to update this list as more Android TV devices come out and as the system continues to gain new functionality.