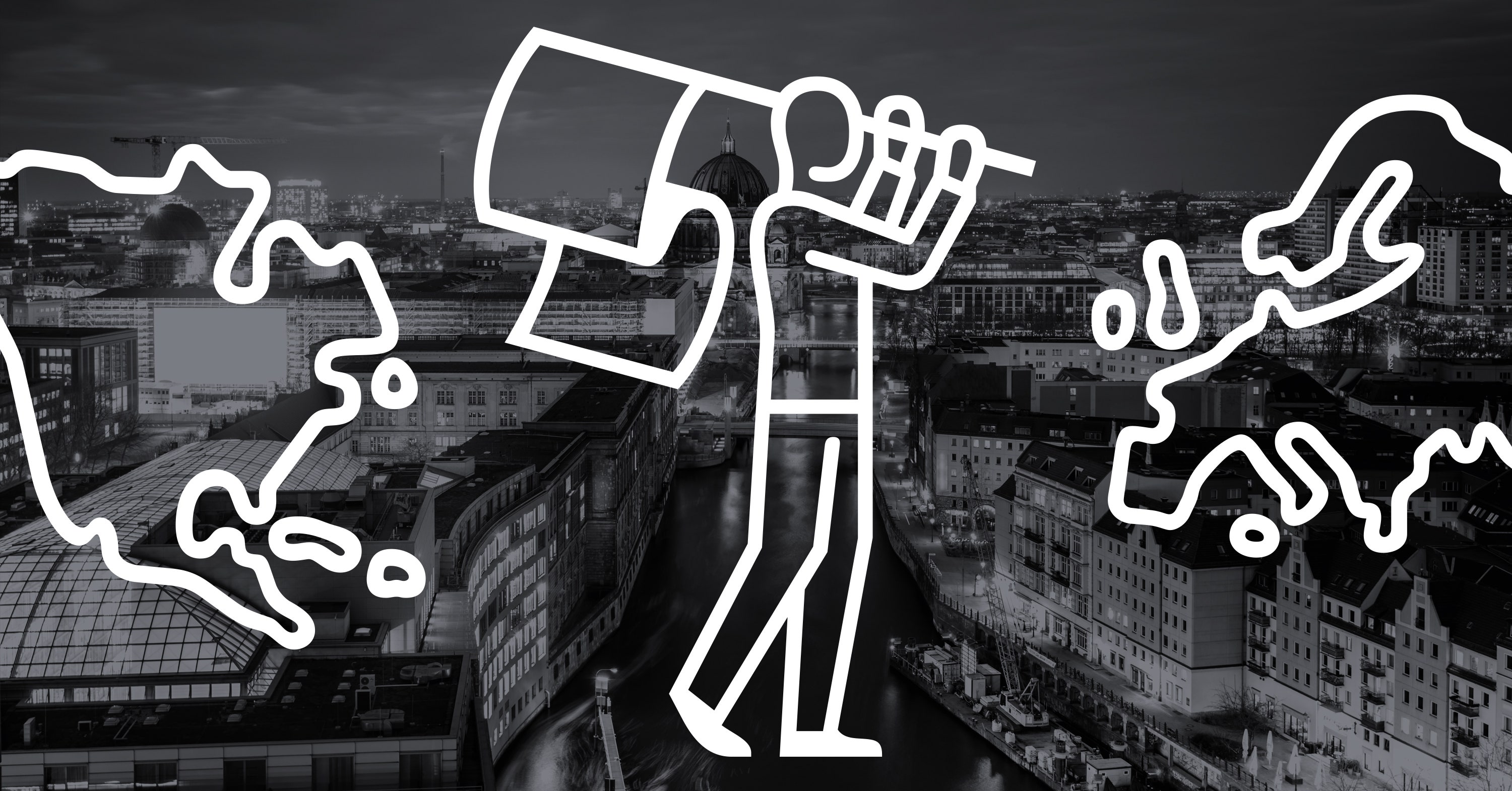 In mid-November 2016, a couple of lurching swastikas with the words “Go Trump” appeared, spray-painted in white, in a playground where my children go for swings and basketball. My kids attend a Hebrew day school, and my son sometimes wears a yarmulke, so I got to talking to other parents at the school. The conversation turned to Europe 80 years ago, where many of their forebears had survived and not survived the Holocaust. One whose family left Germany told me that a clear signal had convinced his family to get out. “The curfews they could handle. But when the Nazis came to take the family dog, my dad’s family fled Berlin. That was it.”

My family didn’t leave after the playground graffiti. Neither did the other families at our school. After all, unlike in Nazi Germany, our neighborhood streets, after the swastikas were scrubbed, seem in general like a sanctuary from brownshirts.

Physical space, in states red and blue, where we behold each other and our children in flesh and blood, is not where the most virulent and modern forms of bigotry exist now anyway. Instead, inhumanity’s home is on the internet. The ungovernable and ungoverned, post-national, sovereign, self-driving empire of the internet, population 3 billion. So, sure, we stayed on the American land mass—not so much to stand and fight, but because the threats were elsewhere, and the signal to emigrate wasn’t clear enough yet.

Virginia Heffernan (@page88) is an Ideas contributor at WIRED. She is the author of Magic and Loss: The Internet as Art. She is also a cohost of Trumpcast, an op-ed columnist at the Los Angeles Times, and a frequent contributor to Politico. Before coming to WIRED she was a staff writer at The New York Times—first a TV critic, then a magazine columnist, and then an opinion writer. She has a bachelor’s degree from the University of Virginia and a master’s degree and PhD in English from Harvard. In 1979 she stumbled onto the internet, when it was the back office of weird clerics, and she’s been in the thunderdome ever since.

But. About that internet. The swastikas, gas-chamber cartoons, monotonous anti-Semitic memes and caricatures, the doxing, the trolling, the bile toward people of color, immigrants, liberals, academics, journalists, women—these are eminently clear. Online, the noise is the signal. Because however rough and tumble you like your political discourse, this chills the bones; days of death threats can demoralize even the most hardened Twitter street kid.

So, after the last barrage—I think I’d been critical of Donald Trump Jr.—I packed up and lit out in search of fewer Nazis. I left New York. I left the United States. And I settled in Germany.

… Imaginary Germany. I’d gotten the tip from a canny Twitter user that—it was a rumor, really—you could reset your location in your Twitter profile and, in a flash, get the benefit of German anti-hate-speech laws. The Nazis in my timeline, I was told, would dry up. Should I stay and fight on America’s Twitter shores? Hell, no. Internet times call for internet measures.

I chose Bad Wildbad—a dreamy, piney spa town in a gorgeous gorge near the Schwartzwald. Or at least it looks dreamy on Google Earth. I’d seen the name years ago on a sign for Bad Wildbad on the Autobahn, and it occasioned an extended car joke about Wildness and Badness and heavy metal. That’s where I got the idea. Now I pictured Megadeth and me among the pines.

Germany passed laws prohibiting Volksverhetzung—“incitement to hatred”—in 1960, in response to the vandalism of a Cologne synagogue with black, symmetrical swastikas. The laws forbid Holocaust denial and eventually various forms of hate speech and instigation of violence, and they’re controversial chiefly outside Germany, in places like the US, which is subject to interpretive, precedent-based common law and, of course, a rousing if imprecise fantasy of “free speech.” Europe’s more prescriptive civil law can—with less blowblack—enact a statute from nothing but moral principles. And thus Germans banned swastikas and gas-chamber photos, and mustered up a formidable plan for enforcement.

If it’s unnerving to seek German enforcers to protect us from Nazi rhetoric online, it’s impressive to see how decisively Germany has addressed the wide-ranging crisis in social media while other nations have wrung their hands, or sat on them. First, in 2012, the German government began shutting down accounts if they featured Nazi memes—Pepe-the-frog icons being the most pervasive of these—and graying any tweets that had been reported for anti-Semitism. But in June 2017, the complete Volksverhetzung laws fully pivoted to digital with sweeping new regulations for social networks. These are called the Netzwerkdurchsetzungsgesetz.

And, man, what a Netzwerk reform do those durchsetzungsgesetz—enforcement laws—represent. In January, the Enforcement on Social Networks Act, simplified to NetzDG, starting compelling Facebook, Twitter, and YouTube to remove hate speech, fake news, and illegal material within 24 hours or face fines of up to $60 million. So. Draconian.

The German government gave tech companies a few months to prepare for the laws, and started enforcing them in January. Already the programming challenges and threat of sky-high fines represent a burden to the beleaguered social networks. According to the BBC, Facebook hired hundreds of new employees in Germany this fall and winter to handle the NetzDG workload.

Naturally the rad libertarians at Vice and the Intercept are already panicked that people can’t be rad online anymore. (I shouldn’t dismiss them but what the hell; they can take it.) And even in the German legal community, the statute is said by many to have been rushed into law, and contains unenforceable and even unintelligible elements. (These include overreach about duplicate posts, and numbers that seem to conflate newspapers and social networks.) There are also concerns in Germany that smaller online communities will suffer, and that Nazi and other hate speech will just shape shift and find new hidey holes.

Still: This is heaven. No Zyklon B in the old Twitterfeed since I moved to make-believe Germany in late November—months before the enforcement fines even went into effect. A few weeks after I digitally relocated, I learned that Twitter uses IP addresses—and not “profile locations”—to see where we tweet from, so I found a workaround and changed my country location as well as my profile location. By then I realized it’s the zealousness of the new laws, and not my hack, that’s cleaning up this town. In an effort to protect Germans traveling abroad, the fearsome NetzDG has this snippy little clause: “The regulatory offence may be sanctioned even if it is not committed in the Federal Republic of Germany.” Well, that definitely expands the law’s ambitions—to the whole globe.

Essentially, the laws are a bold imperialist SuperNannyState move by the Western nation still most determined not to repeat its past. As a mother to two wildbad kids, I love a good nanny. You know how some days you want to debate free speech and the hazards of nationalizing the internet, and other days you want no Nazis on Twitter? Today’s one of those no-Nazis-on-Twitter days. For now and maybe only for now: Life is superb in fake Bad Wildbad.