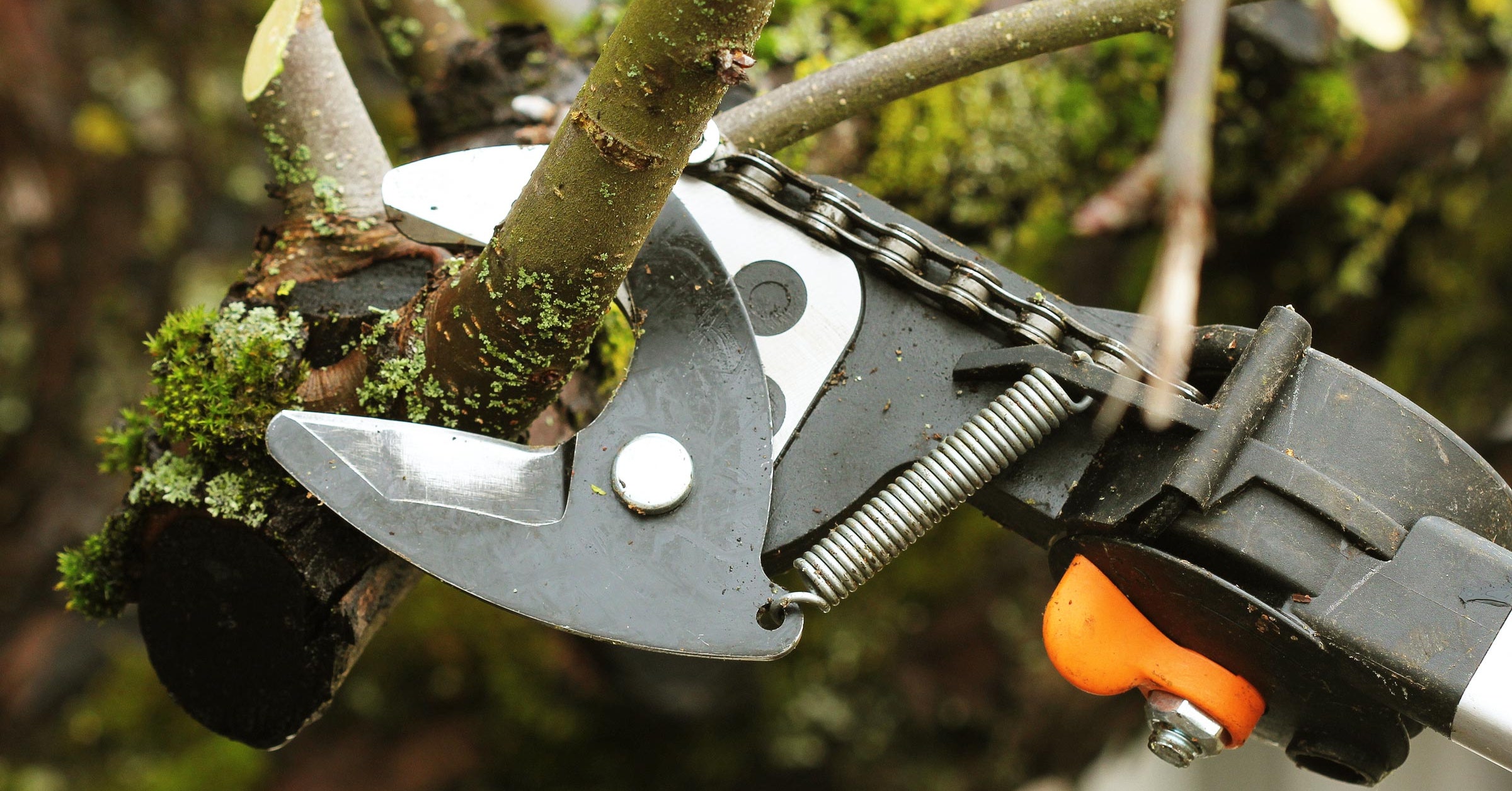 At my house, it is that special time of the year—the time to trim the trees and bushes. Really, the spring is the best time to do this because if you wait until summer, it’s so hot you might die. This year, I decided to buy a new branch cutters. They are actually called “loppers,” but you can call them whatever you want. The ones I purchased were replacing my old ones that must be over 20 years old. It was time.

However, there is something different about this new pair of loppers. Maybe you can see the physics already.

There are indeed two significant changes between the old and the new loppers (hopefully you can see which one is the old pair). Before getting into the new lopper, let’s look at the most important physics concept needed to cut a branch: pressure. Yes, a blade will slice into a limb at some particular minimum pressure value.

p class=”paywall”>What is pressure? Pressure is defined as the force applied divided by the area of contact. This means that if you decrease the contact area you can achieve a higher pressure with the same force. Now take a look at that blade on the lopper. Notice that a thin, sharper blade decreases contact area and increases pressure. Sharper blades are better than dull ones.

Now look back at the two loppers. Notice the older pair (with the wood handles) has longer handles than the newer black-handle ones? That’s because longer handles are also better for cutting—because of torque. The full explanation of torque can get pretty tricky, but in this case we can just think of it as a “twisting force.” If you push on a longer handle (with the same force), you will produce greater torque. So torque depends on both force and the distance this force is applied from some pivot point.

Maybe this will make a bit more sense with a simple diagram. Suppose I push on the end of the handle of the lopper and in turn the blade pushes on the tree limb. The whole arm of the lopper is in equilibrium such that the torque on each side of the pivot point must be equal.

Pushing with a small force and a long torque arm (the distance from the force to the pivot) is equal to a much larger force and shorter torque arm. Since the tree limb is pushing on the blade, the blade pushes back with the same force—that’s just how forces work. Oh, but wouldn’t this greater force from the tree limb make this part of the lopper accelerate in that direction? Yes, that would happen—but it doesn’t. It doesn’t happen because there is another half of the lopper that does the same thing. If you look at all the forces from both sides, they cancel so that the tool stays in place.

There is one other way to increase the pressure on the tree limb. My older pair of loppers has something a little more complicated than a simple pivot. Check this out.

Notice that there is a double hinge between the handle and the cutting blade. This double hinge make the handle go through a much larger angle of movement than the blade goes through. That makes this a type of simple machine in that you can get a greater force (and thus pressure) output by using a smaller force over a larger distance. Really, it’s a form of the work-energy principle. Work can be defined at the product of force and displacement such that the work done by your hands on the handle will equal the work output into the tree limb. But here is the key part. Since the handle has that double hinge, your hand moves even further than a simple hinge and you do more work. The blade still moves the same amount which means it needs a greater force to do the same amount of work.

Of course, no matter how long the handle or what kind of hinge you have you will still need to put in some work to carry away all those tree limbs you cut.