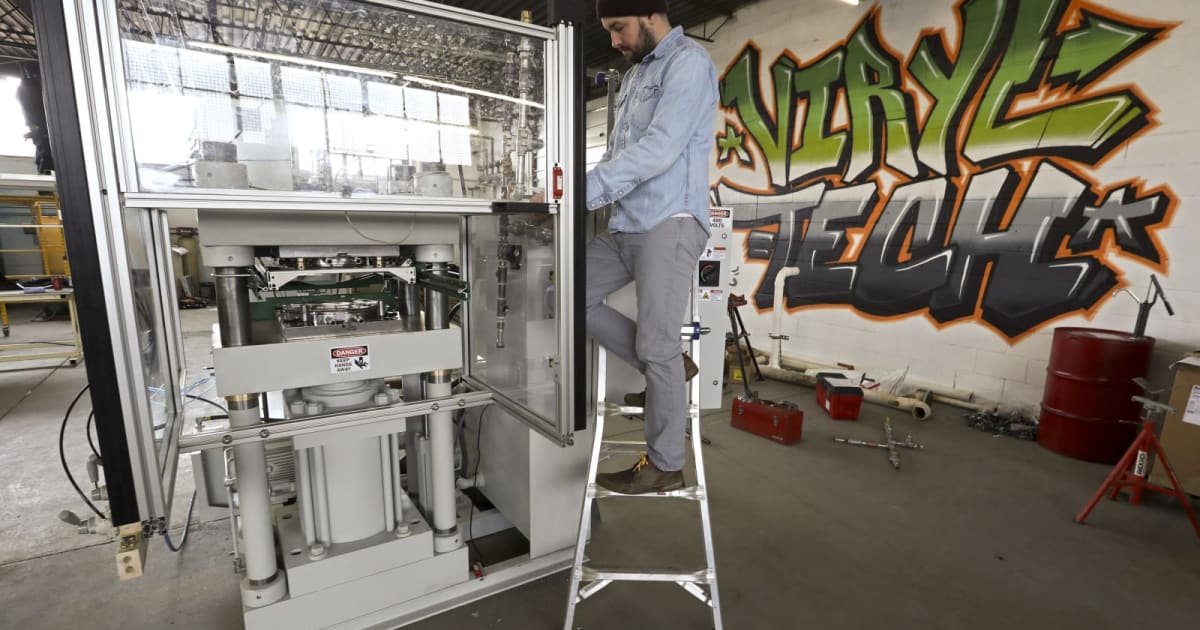 The tech is called PhonoHive. Labels will submit their record orders online, picking how many, where and when it needs them. The company claims that this will shave down production time and cut costs. Currently, there’s a six-month gap between a label placing an order and it arriving in record stores. “PhonoHive will be granted capacity for incoming orders at a set turnaround time of 6-8 weeks,” according to the company. That’s a 66 percent decrease in turnaround time.

As far as costs go, this will save labels on having to ship heavy boxes full of vinyl around the world; in theory this will allow for regional pressings. It’d benefit touring musicians too, allowing them to only buy and bring what they need when they hit the road, picking up extras along the way if necessary.

That extra four months is massive. Eventually that could lead to greater efficiencies thanks to economies of scale. Even better, it would translate to you spending far less time listening to MP3s that came with your pre-order and more with the vinyl.