What next? Oh yes, turning a luxury car into a non-fungible token 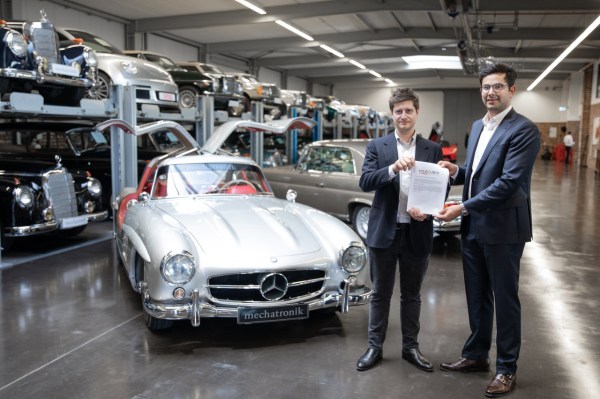 We’ve seen more than one project use the immutability of blockchain to verify important physical things. So, for instance, a pioneer in the space, Verisart, has brought blockchain certification of high art to leading galleries worldwide, and other players are now entering this growing market. Codex Protocol is a new startup also putting art on the blockchain. The benefits are obvious: reducing the possibility that an artwork could be fake to near-zero. This is an incredibly powerful idea, especially at the high end of the commercial spectrum.

A relatively new idea is to take blockchain to the car market. Automakers are already starting to take an interest. BMW, Ford, Renault and General Motors recently joined a new working group of more than 30 auto companies to employ blockchain technology. The Mobility Open Blockchain Initiative aims to speed up the adoption of blockchain, with use cases ranging from autonomous payments to ridesharing. But that’s not where blockchain adoption for cars ends.

There remains the need for trustworthy assurances of authenticity and condition, especially when it comes to high-end cars. And that’s doubly true of classic and exotic vehicles. Collectible, classic cars can have their documentation forged or misassigned since there’s no one, single, global document standardization for these kinds of cars.

Now a startup hopes to bring their newly-launched platform for tokenization to this market.

Proxeus is a blockchain startup that has launched a user-friendly method to register classic cars collection on the blockchain, making it both unforgeable and verifiable by anyone. The first client is Mercuria Helvetica in Switzerland.

Proxeus’s process verifies the certificates of authenticity and conditions of the vehicles. As an additional step, the car itself could actually be taken to the blockchain as a non-fungible token with an integrated certification library, offering not only proof of ownership and history but also serve as a permanent link to the verified documentation.

It’s now launching the beta version of its engine which has a drag and drop interface affording.

But do we really want to tokenize luxury cars? Proxeus says that’s not the point. They say their technology means someone without specialized programming skills, the ability to deploy blockchain for a wide variety of use cases.

Antoine Verdon cofounder says: “For the first time we are able to show that our technology is real.” Artan Veliju, CTO, says the platform has the “ability to easily build the workflows needed to use blockchain productively without needing to launch a software development project.”

Their idea is to allow anyone to legally incorporate businesses, register assets, and validate certificates on their testnet blockchain. It’s so far been used by the University of Basel’s Center for Innovative Finance course certificates or WWF Switzerland’s tax donation verification system. Test XES tokens will be provided to show how they function within the Proxeus ecosystem and are used to pay for Proxeus’ services.

Shortly after raising $25M as a part of their ICO, Proxeus now plans to complete the functions described in its whitepaper and release a fully-developed solution for enterprise.

Meantime, I’m going to make a, perhaps obvious, observation: The tokenization craze is clearly not going to end here.