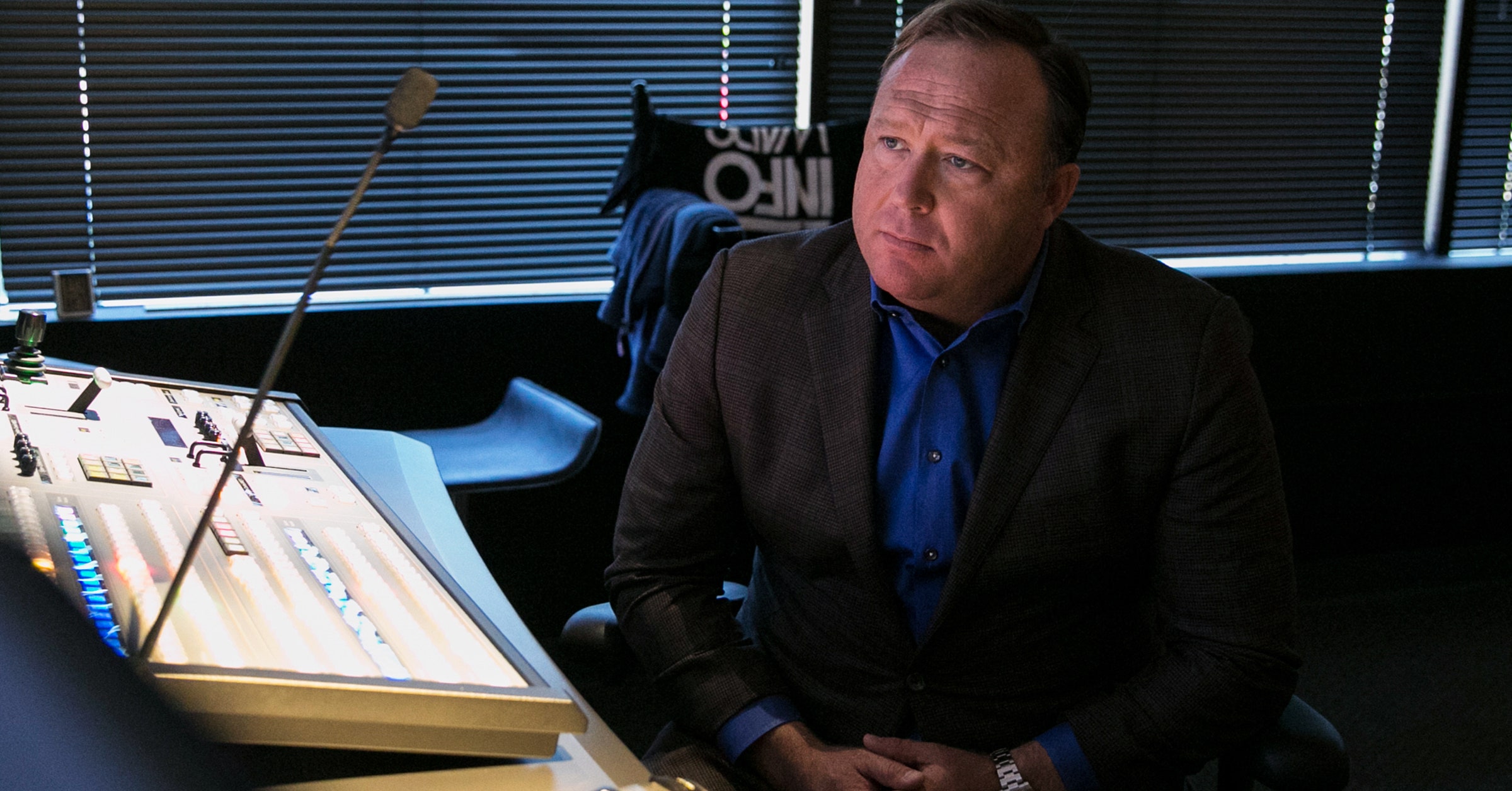 Early Monday morning, Apple pulled several podcasts associated with notorious conspiracy theorist and protein powder peddler Alex Jones from the iTunes store. The decision opened the floodgates to a wave of suspensions that continued throughout the day. First came Facebook, which said it unpublished four pages affiliated with Jones after receiving new reports over the weekend that videos on those pages violated Facebook’s policies on hate speech. Hours later, YouTube followed suit, suspending The Alex Jones Channel, which had more than 2.4 million subscribers as of Monday morning. According to YouTube, Jones had tried to circumvent the company’s prohibition on his livestreams, which was enacted after he received a punitive strike from the platform in July.

The sudden crackdown followed weeks of mounting questions being lobbed at both Facebook and YouTube about why, if they were really committed to eradicating hate speech and disinformation, they would allow someone like Jones to continue cultivating an audience on their platforms. But even critics of Jones and InfoWars, his right-wing media outlet, viewed Facebook and YouTube’s actions on Monday as reactive and self-interested, coming just hours after Apple’s announcement. At the same time, the companies played right into Jones’ hand, adding fuel to his paranoid claims that Silicon Valley and the mainstream media have launched a coordinated campaign to silence him.

The battle over InfoWars illustrates how what was once these tech giants’ greatest strength has become their greatest weakness. For years, Facebook and YouTube spent so much time defending anyone’s right to say almost anything on their platforms, they forgot to remind users that it wasn’t really a question of rights at all. Only the government can violate a person’s First Amendment rights, however wrong or hateful that person may be. As private companies, Facebook and YouTube were always free to restrict speech on their properties. And they have; nudity, for instance, is prohibited in most circumstances on both platforms. The problem is Facebook and YouTube framed themselves long ago as open, unbiased, and largely unregulated venues for all comers. That lack of oversight was Silicon Valley’s early advantage. These platforms gave anyone the ability to build a following by circumventing the traditional gatekeepers of the media industry.

For a while, that’s what made Facebook and YouTube great, until suddenly it wasn’t. These two giants became so unprecedentedly huge, so instrumental to people’s understanding of the news, so politicized, so siloed, it soon became clear that the logical conclusion of all that openness might not be so great after all. Over the past year, executives from both companies have been repeatedly dragged before Congress to answer for the hate and misinformation that festers on their platforms. In the process, tech companies have answered the call to more aggressively moderate the content their users post, reluctantly at first and with only the vaguest guidelines in place. But those guidelines have grown more granular over time. This year, Facebook made them public. And when it did, it became more than obvious that Jones had violated them many times over, often using dehumanizing language about Muslims, transgender people, and immigrants in his online rants. The question was never really whether Jones had violated Facebook’s policies—or YouTube’s, for that matter—but whether the companies would ever fully enforce those policies at the risk of breaking their promise of radical openness.

‘The question was never really whether Jones had violated Facebook’s policies—or YouTube’s, for that matter—but whether the companies would ever fully enforce those policies at the risk of breaking their promise of radical openness.’

Now that they have, both companies stand accused of censorship by Jones and his followers. And yet, if Disney, Fox, or Comcast opted not to air InfoWars, it’d be considered a programming decision. If News Corp didn’t give him a column in the Wall Street Journal, or if The New York Times didn’t give publish his op-ed, it’d be considered editorial discretion. Facebook and YouTube are media giants, too, worth more than all of those other companies combined. But they’ve never wanted to admit it. They continue to refuse the characterization to their own detriment. It was their own mythology about being neutral, coupled with the opacity of their algorithms and moderation practices, that enabled people like Jones—and more than a few Republican members of Congress—to baselessly accuse the companies of secret censorship in the first place. Now that they actually have restricted Jones’ access, Facebook and YouTube have only given him more fodder to back up that particular conspiracy theory.

In a typically unhinged livestream on Periscope Monday afternoon, ironically titled “Alex Jones Responds To Being Banned From The Internet,” Jones cast the tech giants as being part of a vast conspiracy to suppress speech in the United States and Europe. He conflated Facebook and YouTube’s actions with news that Google, YouTube’s sister company, may soon develop a censored search engine for China. He falsely claimed that Facebook CEO Mark Zuckerberg was caught on a “hot mic” telling German chancellor Angela Merkel, “We’ll soon censor all the conservatives off the web.”

“I told you this was coming,” Jones said. “They finally dropped the hammer.”

When Facebook and YouTube decided to take more responsibility for what does and doesn’t belong on their platforms, they were never going to satisfy all sides. But their tortured deliberations over what to do with Jones left them with only two unenviable options: Leave him alone and tacitly defend his indefensible actions, or ban him from the world’s most powerful platforms and turn him into the odious martyr he now is.