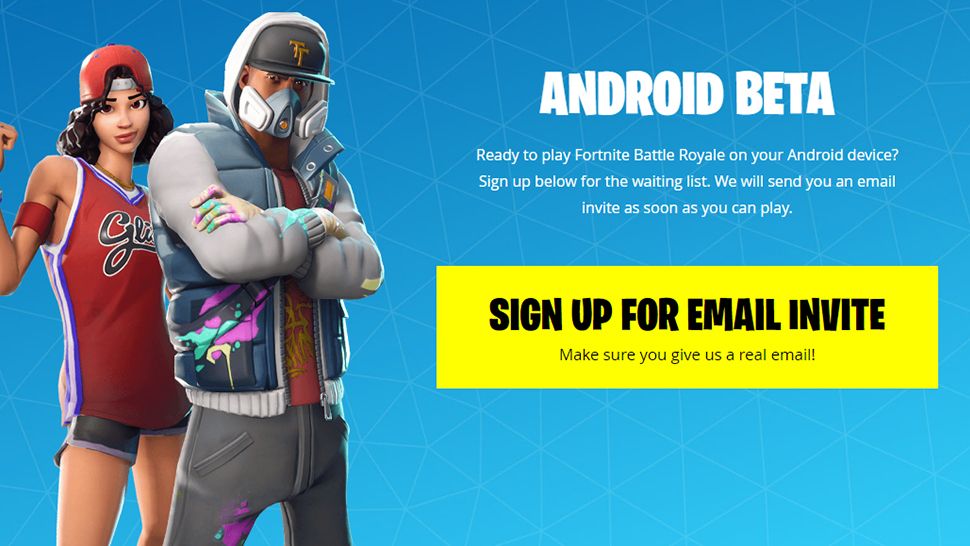 If you’ve been patiently waiting to have a go at Fortnite on Android on your mobile phone, then get yourself to the Epic Games website, where you can sign up for the beta – though you might still have to wait a while for the invite to filter through.

Having originally been restricted to Samsung phones, including the newly unveiled Galaxy Note 9, the game can now be played on a host of other Android devices, including phones from Google, LG, Razer, Essential, Nokia, OnePlus and several others. Check the sign up page to see if your device is included.

How long you’ll have to hang on for your invite to come through isn’t immediately clear. It shouldn’t be too long but Epic Games will want to manage the number of people flooding onto its servers.

As we explain in our comprehensive guide, installing Fortnite for Android isn’t quite as easy as searching for it in the Google Play Store. You’re going to have to download it directly from the Epic Games website – the studio is apparently keen to avoid having to pay Google a cut of all the money it’s about to rake in from in-game purchases.

Indeed, Google will now warn you if you try and search for Fortnite on the official Android App Store. Anything that comes up in the results isn’t authentic and may be a scam, so make sure you follow our instructions carefully instead.

It looks as though there isn’t anything stopping you getting the game downloaded and installed on your device while you wait for your invite to come through. Remember that this is still labelled as a “beta” release, so it may take some time for Fortnite to run as smoothly on your Android device as you would like.