Samsung SmartThings Wifi is a mesh router for your smart home 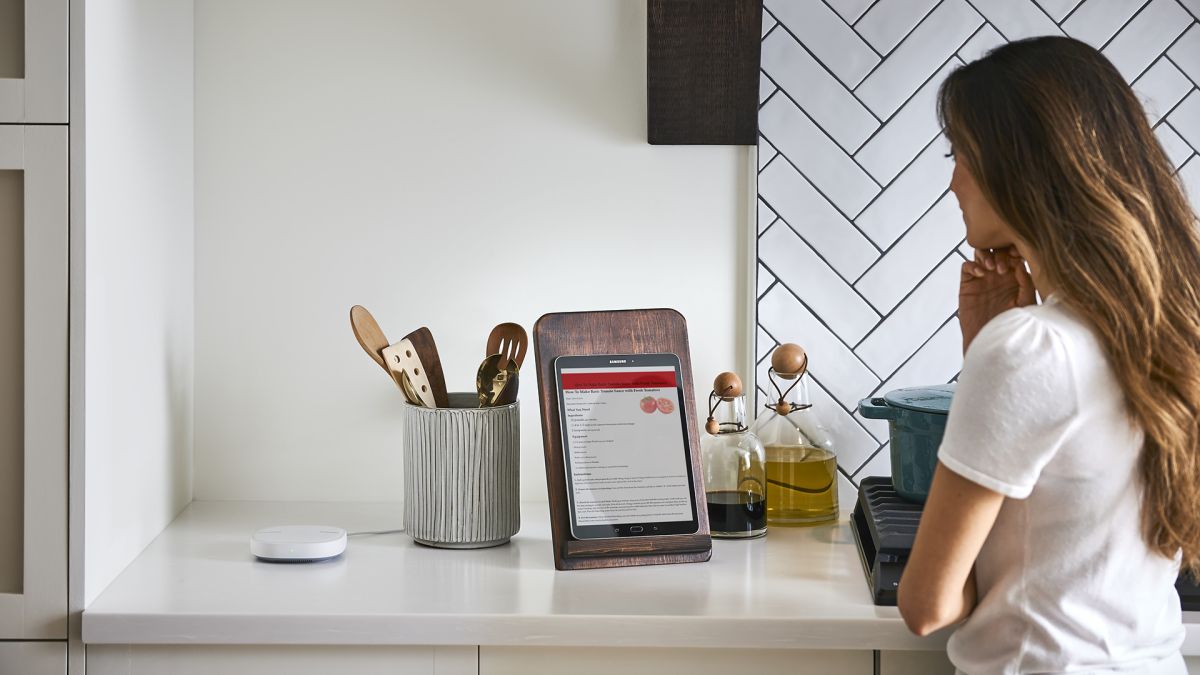 If you’re underwhelmed by the current mesh wireless routers on the market, Samsung’s might finally have you what you’re looking for.

The router, called the Samsung SmartThings Wifi, is a refresh of last year’s Samsung Connect Home but instead uses Plume’s AI-based mesh technology over Samsung’s in-house tech. On top of providing a formidable 4,500 square feet of coverage, the SmartThings Wifi can also act a SmartThings IoT hub.

Each individual unit packs a Qualcomm (Quad 710MHz) processor, 512 MB of RAM and 8GB of Flash memory and speeds of up to 866 Mbps on 5GHz and 400Mbps on the 2.4GHz channel – giving it more than enough juice for 4K streaming and gaming.

Setup for the router can be done from either an iOS or Android device running iOS 10 or higher or Android OS 5.0 or higher, respectively, and the routers support Bluetooth 4.1, ZigBee and Z-Wave standards.

Add Samsung’s SmartThings IoT platform to the mix that allows you to control smart lights, thermostats, locks, etc… and you’ve got a mesh router that gives the smart home crowd something to write home about.