Your Chicken’s Salmonella Problem Is Worse Than You Think 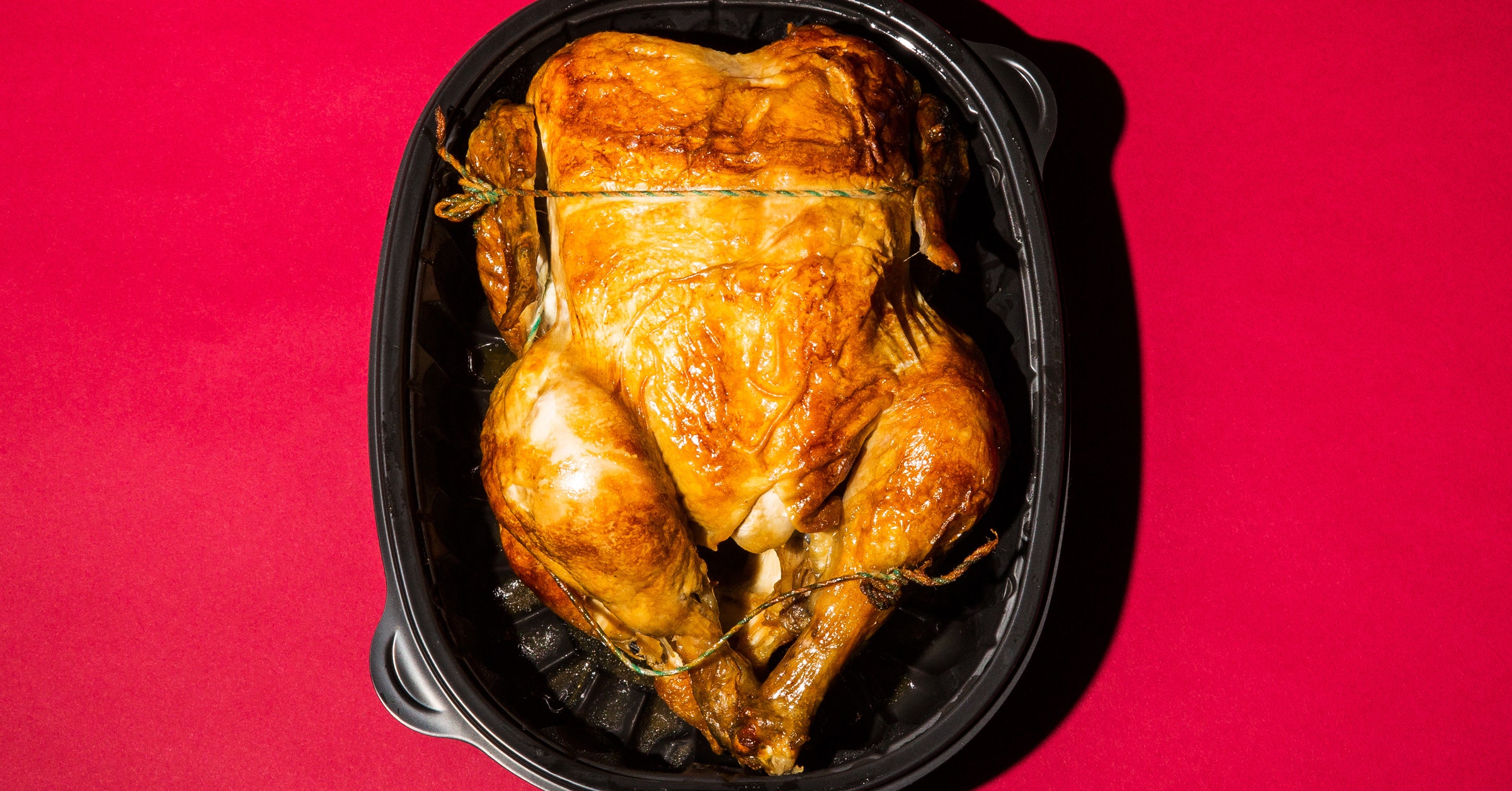 This story originally appeared on Mother Jones and is part of the Climate Desk collaboration.

Americans love chicken, but it doesn’t always love us back. We eat way more of it than any other meat, and it triggers more foodborne disease outbreak-related illnesses than any other food, according to a recent report from the Centers for Disease Control and Prevention. The main reason it makes people sick is because it carries salmonella.

Back in 2015, the government agency that oversees the safety of the nation’s meat supply, the US Department of Agriculture’s Food Safety and Inspection Service, introduced a new testing regime at slaughterhouses to try and reduce the amount of salmonella consumers encounter on their chicken. But the program doesn’t appear to be working very well. According to data released in June, more than a third of the country’s slaughterhouses are currently failing to meet safety standards developed to try and prevent salmonella contamination on the chicken we buy.

For years, the FSIS’s salmonella-testing program focused on carcasses—whole chickens that have been slaughtered, plucked, and cleaned but not yet cut into parts. But consumers generally buy their chicken in parts—80 percent of the chicken sold in the United States has been broken into wings, drumsticks, etc. And the agency’s data showed that rates of salmonella contamination tend to be much higher on parts than on whole carcasses. So in 2016, the agency began regularly testing randomly selected chicken legs, wings, and breasts from slaughterhouses for salmonella, establishing a “maximum acceptable” rate at 15.4 percent for parts sampled at the end of a slaughterhouse’s kill line.

35 percent of the nation’s 154 large chicken-slaughter facilities failed to meet the inspection service’s standard in testing.

As of June 30, 2018, according to the FSIS’s latest report, 35 percent of the nation’s 154 large chicken-slaughter facilities—which churn out the vast majority of the drumsticks, thighs, and breasts shrink-wrapped on supermarket meat counters—failed to meet the inspection service’s standard for chicken parts testing that took place over the previous 64 weeks.

Given that fully a third of our big slaughter facilities are out of compliance, it’s not surprising to learn that the mechanism for enforcing the standard is pretty vague. “FSIS does not assess fines,” an agency spokeswoman told me. When a facility gets category 3 status, the FSIS notifies the poultry company and it is “expected to consider these data in their food safety system and take action,” she said. If the company fails to take corrective actions after 90 days of being notified, she added, the agency “will determine whether additional enforcement action is needed.” Such action could include the suspension of FSIS inspection of the plant—a de facto shutdown, since meat not inspected by the agency can’t be sold to the public.

Thomas Gremillion, a food safety expert and director of the Food Policy Institute at the Consumer Federation of America, said the results show that the “US regulatory approach is woefully inadequate.” And FSIS data suggest Big Chicken’s salmonella problem might be getting worse. The agency’s carcass-testing program is ongoing, and the latest results paint a relatively comforting picture compared to the parts testing discussed above: About 18 percent of large slaughterhouses fall into category 3 (out of compliance with standards) with 55 percent falling into category 1 and 27 percent in category 2. (The standards for carcasses are stricter than for parts—the limit is 9.8 percent positive salmonella tests; category 3 corresponds with results above the limit.)

But when you take a step back to look at the trend over the past few years, a disturbing picture emerges: The nation’s large slaughterhouses appear to be getting worse, not better, at keeping their finished chicken free of salmonella. The agency releases the results of its carcass testing monthly; here are the results from between December 2016 and June 2018:

As you can see, the percentage of plants earning category 1 status, performing the best on salmonella tests, has declined from over 70 percent to less than 60 percent over the past nearly two years. For the the worst performers, category 3, the percentage was under 10 percent two years ago and now hovers at almost 20 percent.

Why the decline in performance? The FSIS spokeswoman declined to comment directly. She noted, though, that the FSIS changed the protocol it used for testing carcasses for salmonella in 2016. Since each monthly report assigns categories based on tests that date back for the previous 64 weeks, she suggested I wait until I can get my hands on data from March 2019, when all the results will reflect the new testing regime, before drawing conclusions on the trend line.

Gremillion of the Consumer Federation of America has a theory that jibes with the FSIS’s take. As I reported in 2016, a peer-reviewed USDA study found that the FSIS’s previous method for testing carcasses was likely understating the salmonella problem—because antimicrobial sprays used on the kill line were found to cling to carcasses and potentially skew the results. In July 2016, the FSIS switched to a new testing protocol designed to more accurately find salmonella. So the upward curve of plants with category 3 status could just reflect more accurate testing.

Three companies—Tyson, Pilgrim’s Pride (majority-owned by Brazilian meat giant JBS), and Sanderson Farms—account for 46 percent of the chicken sold in the United States. According to the FSIS’ results for carcass testing by individual slaughterhouse, Tyson and Pilgrim’s Pride near the industry average for large slaughterhouses for the period ending June 30, 2018—about 37 percent of their plants combined land in category 1, 36 percent in category 2, and 27 percent in category 3. (The FSIS does not currently release results of its parts testing by company, but says it will start doing so in October.)

A recent government study found that people in their kitchens performing tasks like cutting poultry “failed to successfully wash their hands 97 percent of the times they should have.”

But the third-largest chicken company, Sanderson Farms, stands out like a rooster in a chicken barn stocked with squawking hens. Of the company’s 11 large chicken-slaughter facilities, 10 are category 3—out of compliance with the FSIS salmonella standard. An FSIS spokeswoman said the agency would not divulge whether it has taken disciplinary action against Sanderson for so many of its plants being out of compliance. I have filed a Freedom of Information Act request to find out.

“All products provided by Sanderson Farms are wholesome and are, as they have always been, perfectly safe for consumption,” the company responded in an emailed statement. “Although USDA designates a processing facility as a Category 1, 2, or 3 facility based on its Salmonella Verification Testing Program, the categorization does not convey the presence or absence of a food safety risk.” Even so, the company added that it is taking steps to reduce salmonella in its chicken: “If these additional interventions continue at their current rate of success for whole carcasses, we expect better results throughout the end of this year and into 2019.”

The Sanderson statement reiterates a standard industry line on salmonella and other bacterial pathogens that are often found on chicken: just cook it. As Sanderson Farms puts it:

But cooking chicken to the well-done stage doesn’t necessarily protect consumers from salmonella poisoning. Cross-contamination—say, using the same knife and board to cut carrots for a raw salad that you just used to slice chicken—is probably a more common cause of salmonella poisoning than undercooking, according to a 2009 study from a researcher at Germany’s Federal Office of Consumer Protection and Food Safety. And Americans are awful at taking proper steps in the kitchen to protect themselves from bacterial pathogens. A recent FSIS observational study found that people performing tasks like cutting poultry “failed to successfully wash their hands 97 percent of the times they should have.”

Gremillion notes that other countries have taken steps that protect consumers to a much greater degree. Whereas the US regulatory system focuses on salmonella in the slaughterhouse, and the “preferred solution is dousing the chicken with antimicrobial sprays,” regulators in some European countries “make sure that the breeder stock for the poultry are not infected and passing down salmonella, that the feed is not contaminated, that the birds have the vaccinations they need, that the workers follow biosecurity protocols.” As a result, he says, Sweden and Denmark “have practically eliminated salmonella from poultry products.”

If knowing that US supermarket chicken quite often carries salmonella isn’t chilling enough, consider this: In a recent analysis of Food and Drug Administration data, the Environmental Working Group found that “over the last five years of available data, on average, 1 in 5 strains of salmonella found on grocery store chicken were resistant to amoxicillin, a type of penicillin.” In short, it’s getting harder for doctors to treat infections from this common pathogen.