Why Facebook Enlisted This Research Lab to Track Its Trolls 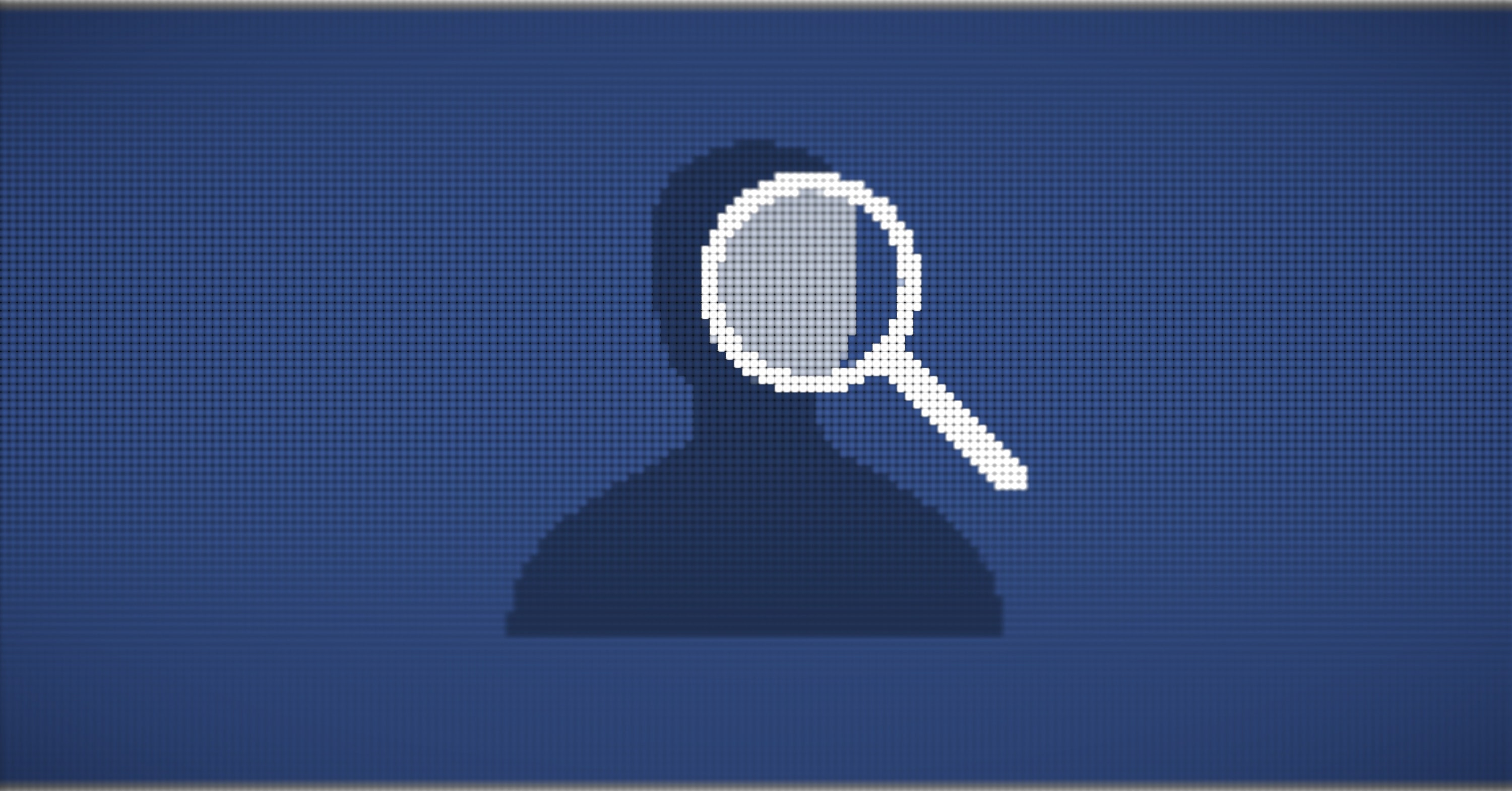 In late July, a group of high-ranking Facebook executives organized an emergency conference call with reporters across the country. That morning, Facebook’s chief operating officer, Sheryl Sandberg, explained, they had shut down 32 fake pages and accounts that appeared to be coordinating disinformation campaigns on Facebook and Instagram. They couldn’t pinpoint who was behind the activity just yet, but said the accounts and pages had loose ties to Russia’s Internet Research Agency, which had spread divisive propaganda like a flesh-eating virus throughout the 2016 US election cycle.

Facebook was only two weeks into its investigation of this new network, and the executives said they expected to have more answers in the days to come. Specifically, they said some of those answers would come from the Atlantic Council’s Digital Forensics Research Lab. The group, whose mission is to spot, dissect, and explain the origins of online disinformation, was one of Facebook’s newest partners in the fight against digital assaults on elections around the world. “When they do that analysis, people will be able to understand better what’s at play here,” Facebook’s head of cybersecurity policy, Nathaniel Gleicher, said.

Back in Washington DC, meanwhile, DFRLab was still scrambling to understand just what was going on themselves. Facebook had alerted them to the eight suspicious pages the day before the press call. The lab had no access to the accounts connected to those pages, nor to any information on Facebook’s backend that would have revealed strange patterns of behavior. They could only see the parts of the pages that would have been visible to any other Facebook user before the pages were shut down—and they had less than 24 hours to do it.

“We screenshotted as much as possible,” says Graham Brookie, the group’s 28-year-old director. “But as soon as those accounts are taken down, we don’t have access to them… We had a good head start, but not a full understanding.” DFRLab is preparing to release a longer report on its findings this week.

As a company, Facebook has rarely been one to throw open its doors to outsiders. That started to change after the 2016 election, when it became clear that Facebook and other tech giants missed an active, and arguably incredibly successful, foreign influence campaign going on right under their noses. Faced with a backlash from lawmakers, the media, and their users, the company publicly committed to being more transparent and to working with outside researchers, including at the Atlantic Council.

‘[Facebook] is trying to figure out what the rules of the road are, frankly, as are research organizations like ours.’

DFRLab is a scrappier, substantially smaller offshoot of the 57-year-old bipartisan think tank based in DC, and its team of 14 is spread around the globe. Using open source tools like Google Earth and public social media data, they analyze suspicious political activity on Facebook, offer guidance to the company, and publish their findings in regular reports on Medium. Sometimes, as with the recent batch of fake accounts and pages, Facebook feeds tips to the DFRLab for further digging. It’s an evolving, somewhat delicate relationship between a corporate behemoth that wants to appear transparent without ceding too much control or violating users’ privacy, and a young research group that’s ravenous for intel and eager to establish its reputation.

“This kind of new world of information sharing is just that, it’s new,” Brookie says. “[Facebook] is trying to figure out what the rules of the road are, frankly, as are research organizations like ours.”

The lab got its start almost by accident. In 2014, Brookie was working for the National Security Council under President Obama when military conflict broke out in eastern Ukraine. At the time, he says, the US intelligence community knew that Russian troops had invaded the region, but given the classified nature of their intel they had no way to prove it to the public. That allowed the Russian government to continue denying their involvement.

What the Russians didn’t know was that proof of their military surge was sitting right out in the open online. A working group within the Atlantic Council was among the groups busy sifting through the selfies and videos that Russian soldiers were uploading to sites like Instagram and YouTube. By comparing the geolocation data on those posts to Google Earth street view images that could reveal precisely where the photos were taken, the researchers were able to track the soldiers as they made their way through Ukraine.

“It was old-school Facebook stalking, but for classified national security interests,” says Brookie.

This experiment formed the basis of DFRLab, which has continued using open source tools to investigate national security issues ever since. After the initial report on eastern Ukraine, for instance, DFRLab followed up with a piece that used satellite images to prove that the Russian government had misled the world about its air strikes on Syria; instead of hitting ISIS territory and oil reserves, as it claimed, it had in fact targeted civilian populations, hospitals, and schools.

But Brookie, who joined DFRLab in 2017, says the 2016 election radically changed the way the team worked. Unlike Syria or Ukraine, where researchers needed to extract the truth in a low-information environment, the election was plagued by another scourge: information overload. Suddenly, there was a flood of myths to be debunked. DFRLab shifted from writing lengthy policy papers to quick hits on Medium. To expand its reach even further, the group also launched a series of live events to train other academics, journalists, and government officials in their research tactics, creating even more so-called “digital Sherlocks.”

‘Sometimes a fresh pair of eyes can see something we may have missed.’

This work caught Facebook’s attention in 2017. After it became clear that bad actors, including Russian trolls, had used Facebook to prey on users’ political views during the 2016 race, Facebook pledged to better safeguard election integrity around the world. The company has since begun staffing up its security team, developing artificial intelligence to spot fake accounts and coordinated activity, and enacting measures to verify the identities of political advertisers and administrators for large pages on Facebook.

According to Katie Harbath, Facebook’s director of politics, DFRLab’s skill at tracking disinformation not just on Facebook but across platforms felt like a valuable addition to this effort. The fact that the Atlantic Council’s board is stacked with foreign policy experts including former secretary of state Madeleine Albright and Stephen Hadley, former national security adviser to President George W. Bush, was an added bonus.

“They bring that unique, global view set of both established foreign policy people, who have had a lot of experience, combined with innovation and looking at problems in new ways, using open source material,” Harbath says.

That combination has helped the Atlantic Council attract as much as $24 million a year in contributions, including from government and corporate sponsors. As the think tank’s profile has grown, however, it has also been accused of peddling influence for major corporate donors like FedEx. Now, after committing roughly $1 million in funding to the Atlantic Council, the bulk of which supports the DFRLab’s work, Facebook is among the organization’s biggest sponsors.

But for Facebook, giving money away is the easy part. The challenge now is figuring out how best to leverage this new partnership. Facebook is a $500 billion tech juggernaut with 30,000 employees in offices around the world; it’s hard to imagine what a 14-person team at a non-profit could tell them that they don’t already know. But Facebook’s security team and DFRLab staff swap tips daily through a shared Slack channel, and Harbath says that Brookie’s team has already made some valuable discoveries.

During the recent elections in Mexico, for example, DFRLab dissected the behavior of a political consulting group called Victory Lab that was spamming the election with fake news, driven by Twitter bots and Facebook likes that appeared to have been purchased in bulk. The team found that a substantial number of those phony likes came from the same set of Brazilian Facebook users. What’s more, they all listed the same company, Frases & Versos, as their employer.

The team dug deeper, looking into the managers of Frases & Versos, and found that they were connected with an entity called PCSD, which maintained a number of pages where Facebook users could buy and sell likes, shares, and even entire pages. With the Brazilian elections on the horizon in October, Brookie says, it was critical to get the information in front of Facebook immediately.

“We flagged it for Facebook, like, ‘Holy cow this is interesting,'” Brookie remembers. The Facebook team took on the investigation from there. On Wednesday, the DFRLab published its report on the topic, and Facebook confirmed to WIRED that it had removed a network of 72 groups, 46 accounts, and five pages associated with PCSD.

“We’re in this all day, every day, looking at these things,” Harbath says. “Sometimes a fresh pair of eyes can see something we may have missed.”

Of course, Facebook has missed a lot in the past few years, and the partnership with the DFRLab is no guarantee it won’t miss more. Even as it stumbles toward transparency, the company remains highly selective about which sets of eyes get to search for what they’ve missed, and what they get to see. After all, Brookie’s team can only examine clues that are already publicly accessible. Whatever signals Facebook is studying behind the scenes remain a mystery.