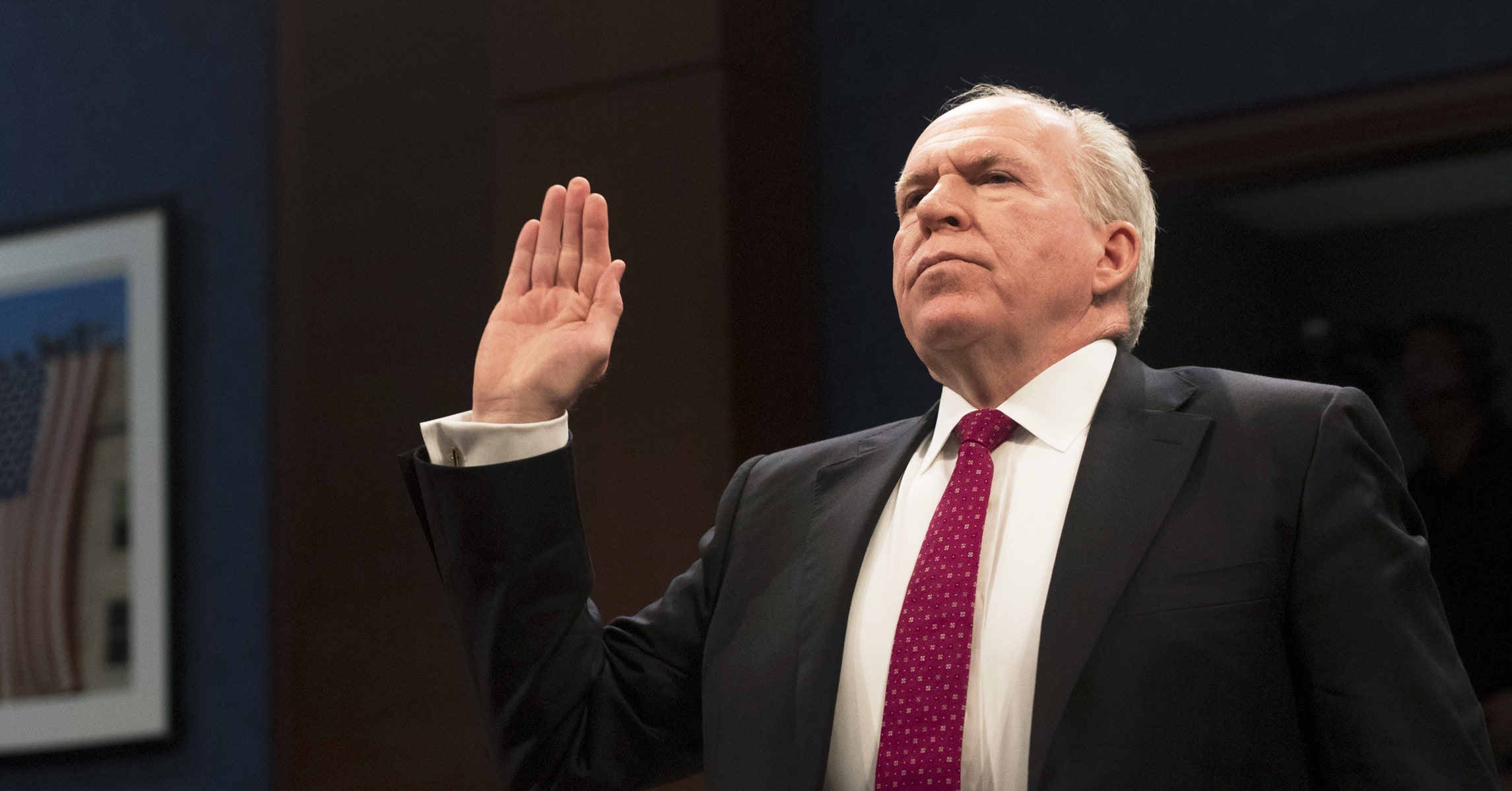 In a move that has shocked career national security officials, President Trump stripped former CIA Director John Brennan of his security clearance this week, and announced he was considering doing so for a host of others. The move so enraged retired Navy Admiral William McRaven—the man who oversaw the killing of Osama Bin Laden—that he wrote an op-ed telling Trump to revoke his clearance too, in solidarity with Brennan. But what the general public might not realize is that cutting off Brennan and others has more than just symbolic cost. It actively weakens national security.

Fascinating a subject as it is, the public has little occasion to worry about the intricacies of security clearances. For starters, having them outside of government is more common than you might think: The New York Times reports that 4.1 million people outside the government have a clearance, and 1.3 million private sector employees have top secret clearance.

‘The reason why you have a John Brennan who has a security clearance is because you may want his help in thinking that through.’

That’s for good reason, especially in the case of someone like Brennan, who has operational knowledge of a lot of ongoing and highly sensitive national security issues that he dealt with in his 25 years at the CIA. Newly appointed CIA Director Gina Haspel would likely have relied on Brennan for his insights into many of those ongoing operations, says Derek Chollet, former assistant secretary of defense for international security affairs. “My guess is that this is not a happy time for her, because John Brennan is someone she would very much want to lean on,” Chollet says.

In other words, Brennan’s case matters not because it will have any practical impact on his retired life, but because it’s potentially deleterious to the safety of the United States. “Let’s say … there’s a major terrorist attack on the United States and we’re trying to figure out what happened and what to do,” Chollet posits. “The reason why you have a John Brennan who has a security clearance is because you may want his help in thinking that through.”

Stripping Brennan of his clearance for overtly political reasons also breaks with the national security community’s perceived inoculation from just that.

“The fact that John Brennan continues to have a clearance reflects a longstanding tradition that national security goes beyond politics. And the tight knit community of national security transcends politics and policy,” says R. David Edelman, former director for international cyber policy on the National Security Council. “That has been core to the identity of a lot of us who have worked in this space, and that’s why I think you hear such concern from so many about the political weaponization of this tool.”

People have had their security clearance stripped before, but only if they violated their commitment to it, by leaking confidential information. No one has accused Brennan of that. His demerit was simply speaking out against the Trump administration. That could further have chilling effects for junior officers, who now have to worry they could lose their clearance for speaking their minds. Though that punitive action may not have a meaningful impact on Brennan’s income or retired life, it would be devastating for the intelligence community’s rank and file.

Maintaining a security clearance qualifies former government staffers for more and higher paying jobs in the private sector. It’s also by no means automatic; a superior needs to recommend that they can keep it to the Department of Defense. Usually that happens if they have some kind of ongoing advisory or consulting relationship with the government that requires clearance.

And even that approval doesn’t mean access to a firehose of classified information. Security clearances work on a need-to-know basis. All they indicate is that a person has permission to view information they are cleared for if they need to for their job; there’s no all-encompassing database for ex-spies to tap into. Even Brennan would only have been brought in when people needed his input.

‘For the past 20 years we have been almost pathologically outsourcing the national security establishment to private companies.’

Moreover, most of those 4.1 million people who have clearances in the private sector never worked for the government in the first place. Rather, they’re contractors who work with the government—sometimes side by side in a government office, other times at private companies like Rand or Northrop Grumman. They need security clearances to do their jobs. There’s an entire website dedicated to careers only open to those with security clearances.

“For the past 20 years we have been almost pathologically outsourcing the national security establishment to private companies,” says Edelman.

On Friday, President Trump said he planned to strip career Justice Department official Bruce Ohr of his clearance next. Trump called Ohr “a disgrace” for having had contact in 2016 with Christopher Steele, the former British intelligence officer who compiled the infamous dossier about Trump’s ties to Russia.

To Chollet, revoking these security clearances for personal retribution is just another instance of the Trump administration bailing on important precedent. “It’s a norm that may feel good to break in the moment,” he says, “but it may not be a smart one. Because guess what? All those guys sitting in the administration may not be there forever. Mike Pompeo may be interested in maintaining a clearance once he leaves.”