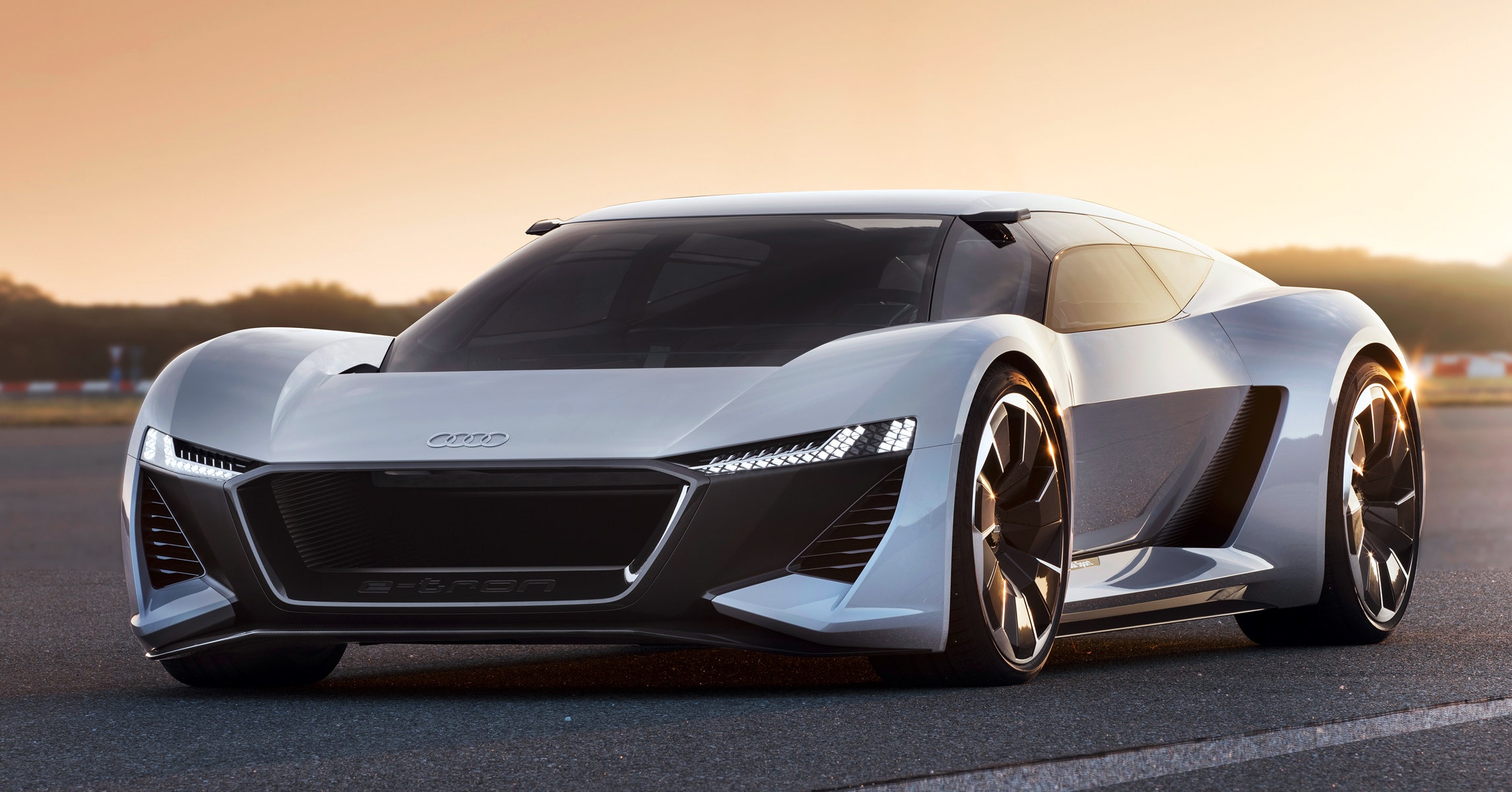 In the future, car seats are going to swivel. Why not? Since cars are going to drive themselves, driver and passenger may want to look away from the road and focus on one another, or even on whomever they’ve relegated to the back seat (you can finally threaten to turn this car right around without straining your neck!). It’s a concept that plenty of automakers have toyed with, but for its newly revealed concept, a fully electric two-seater, Audi is trying out a different kind of move.

In the PB 18 e-tron, revealed this week at the Pebble Beach Concours d’Elegance, the driver’s seat does not swivel. It slides. In standard mode, the cockpit (that’s the bucket seat, steering wheel, and pedals) is all the way to the left, leaving room for a passenger. But once you ditch the hanger-on and hit the “Level Zero” button on the steering wheel, the whole setup shifts slowly to the right, sliding along the bench structure that stretches the width of the cabin like a bead on an abacus. After a moment, you’re sitting dead center, the optimal position for taking a car around the track.

“Level Zero” is a nod (or middle finger) to the classification system that ranks cars’ self-driving capabilities from Level 1 to Level 5. “You push a button and it’s all you,” says Filip Brabec, product chief for Audi of America. Audi isn’t anti-autonomy: Its latest generation A8 sedan offers a more advanced version of systems like Tesla’s Autopilot, and the Aicon concept it showed at last year’s Frankfurt Motor Show didn’t even have a steering wheel or pedals. But Audi doesn’t want to abandon the idea of human driving altogether, either. This concept is meant to appeal to the sort of person who loves Pebble Beach car week, Brabec says, the type who really digs driving and might be enticed by the oomph-inducing acceleration and grin-inducing handling that comes with going electric.

The driver’s seat slides left and right, so you can make room for a passenger, or ride dead center for a day at the track.

The sliding seat concept works thanks to a drive-by-wire system that severs the physical link between the wheel in your hands and those on the ground in favor of digital communication. (The bit not taken up by the driver’s seat resembles a park bench and looks about as comfortable, so you might want to put down a cushion for your passenger.)

Wherever the driver’s seat happens to be, you get a view not just of the road ahead, but the road at your feet: The car’s grille is transparent, so the bit of your view usually blocked by the hood of the car is now wide open. This is useful on the track, to know exactly where your wheels are, and also for knowing whether you avoided turning that scampering squirrel into a squashed squirrel.

The car’s electric powertrain is what enables this Flintstonian option: Ditching the hulking engine up front allows for all sorts of interesting moves. Instead, the concept has a 95-kWh battery pack (about what you find on a top of the line Tesla) that offers 310 miles of range, and can be refilled right quick with an 800-volt charger. Three motors (one on the front axle, two in the back) combine to produce more than 600 pound-feet of torque, good for a 0 to 60 mph time under two seconds.

Now, the standard disclaimer: This is just a concept. But as Audi prepares to launch the regular e-tron SUV and pushes ahead with its autonomous driving work, it’s nice to know the automaker can accelerate into a future that doesn’t smell like gasoline—without taking away your right to clip the apex.