3-D Printed Gun Blueprints Are Back, and Only New Laws Can Stop Them 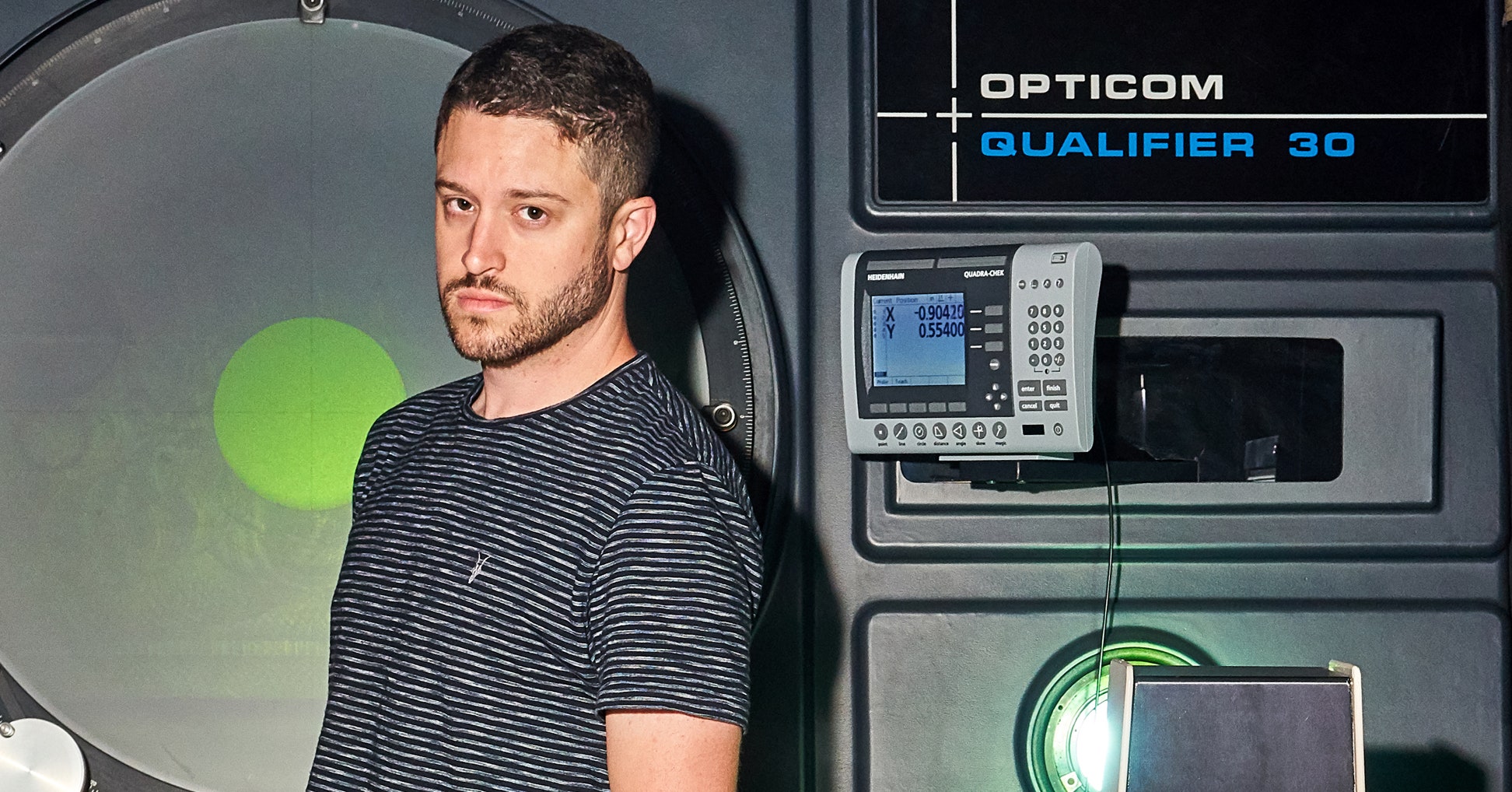 Attorneys general from 20 states celebrated on Monday when a district court judge in Seattle extended an injunction against the sharing of 3-D printed gun blueprints online. But their victory lap was short-lived. On Tuesday afternoon, Cody Wilson, founder of the open-source gun-printing advocacy group Defense Distributed, announced he would begin selling the blueprints directly to people who want them.

Wilson said that while the preliminary injunction forbade him to share the files online for free, it expressly allowed him to sell them. At a news conference Tuesday, Wilson periodically stopped talking to check his phone when a new sale came through.

This technicality, legal experts say, really does allow Wilson to sell his blueprints. The legally tricky part is verifying that his customers are all US citizens; if not, he’ll be in violation of US export law.

But the distinction between selling the blueprints and uploading them online for free underscores the problems with the current legal battle against DIY guns. The current injunction came after a last-ditch effort to ban the plans, but was never the optimal way to prevent 3-D printed gun proliferation. To do that will require legislation, state or federal, expressly forbidding the downloading and sharing of DIY blueprints, as well as the actual printing of plastic guns.

The Limits of Lawsuits

The government’s case against Defense Distributed centers on export law, and a deal Wilson struck with the State Department back in July. Until July, DIY gun blueprints were considered a “deemed export” by the Department of Defense, which meant that uploading them online was the same as exporting them internationally. Wilson had argued that defining online data as an arms export violated free speech. Physical publications that make information freely available aren’t treated the same as online content; if Wilson had just published the blueprints in a magazine before uploading them, the State Department would have had no room for complaint.

But Wilson, a devoted cryptoanarchist, didn’t do that. His blueprints were removed from his website during a four-year legal scuffle with the State Department until this summer, when the government effectively caved by transferring the export licensing of DIY gun blueprints to the Commerce Department, which defines online data in a way that allows for Wilson to distribute his plans.

This was a huge victory for Wilson, who immediately reuploaded the blueprints to his website. But his success likely had more to do with ongoing export law reform than his long-running suit.

‘Selling the blueprints isn’t an exercise of First Amendment freedoms, but rather a subversion of a lawful judicial order.’

“Wilson wasn’t likely to win, and the only thing that caused the change here was export control reform in moving .50 caliber or less arms to the Commerce Department,” says Clif Burns, an attorney specializing in export controls in the DC office of Bryan Cave Leighton Paisner, who has followed the case from the beginning. “There is no reason for us to have two export agencies. Every other country in the world has one agency that does them all,” says Burns.

“Why fight a battle that was going to be pointless in a matter of months? So just go ahead and settle it,” Burns says. “But they were a little bit sloppy about how they settled it.”

Specifically, in July State approved the Defense Distributed blueprints for public release, and it temporarily removed them from the category of small firearms below .50 calibers. That second part opened the door to the case brought by 20 attorneys general, who argued—in addition to noting the security threats—that because of the category change, State had to give Congress notice before implementing the deal.

On Monday, US District Judge Robert Lasnik in Seattle found both aspects of that argument compelling enough to extend an injunction against the publication of the blueprints online. “The instability and inaccuracy of 3-D printed firearms pose threats to the citizens of the plaintiff States,” Lasnik wrote.

To some lawyers and gun control advocates, the intention of the injunction was clearly to keep these blueprints from being used to make guns at all. “I think [selling them] is a disingenuous workaround of the judge’s order. The core aim of the temporary injunction was to safeguard the public’s security while the legal issues are being determined. Selling the blueprints isn’t an exercise of First Amendment freedoms, but rather a subversion of a lawful judicial order,” says Lawrence Gostin of Georgetown Law, who specializes in public health law.

But while that may have been the spirit of the lawsuit, and the injunction, nothing in the case precludes the sale of those same prints to US citizens in the United States. And it never did.

“The files cannot be uploaded to the internet, but they can be emailed, mailed, securely transmitted, or otherwise published within the United States,” Lasnik wrote in the decision Monday.

‘This gerrymandered system of doing it through the export control laws doesn’t make any sense.’

In fact, because the case against the blueprints has always hinged on export law, Wilson could have sold them legally within the United States all along. “For many years I chose not to sell these files. I was an open source advocate,” Wilson said at his Tuesday press conference. He’s selling them now for a suggested price of $10, though he will allow people to pay whatever they want, even as little as a penny. To avoid any accusation that he’s uploading them to the internet, Wilson will the put the prints on flash drives and mail them to customers. He also requires customers to click a box certifying that they are US citizens, but appears to take no further action to verify their citizenship.

“The whole issue was saying he couldn’t export these plans. And what he’s saying is that has nothing to do with my domestic distribution of these plans. ‘That’s never been controlled and I can do that,’ and he’s dead right on that as long as he only gives them to US citizens,” agrees Burns.

Wilson is not selling the blueprints in Washington, Pennsylvania, Massachusetts or any of the 20 states whose AG’s brought the case against him. If you try to order them on his website and put an address in any of those states, you’re shown the following message: “451: Oops. You’re behind the blue wall. Your masters say you can’t be trusted with this information. Sorry, little lamb.”

Each of these states has its own gun laws, which Wilson expects will explicitly ban the sale of blueprints within their borders, if they don’t already.

“Selling these files into Pennsylvania violates both our state law and the agreement Defense Distributed reached with the Commonwealth before Judge Diamond on July 29. Putting untraceable weapons in the hands of criminals presents a clear public safety threat to Pennsylvanians, which is why I am exploring all of my legal options to stop these sales,” said Pennsylvania attorney general Josh Shapiro in a statement to WIRED.

Washington State attorney general Bob Ferguson put the ball in the Trump administration’s court. “Because of our lawsuit, it is once again illegal to post downloadable gun files to the internet,’ Ferguson said in a statement. “I trust the federal government will hold Cody Wilson, a self-described ‘crypto-anarchist,’ accountable to that law. If they don’t, President Trump will be responsible for anyone who is hurt or killed as a result of these weapons.”

To really stop these blueprints from becoming untraceable ghost guns in the US, state and federal governments need to outlaw the sale and distribution of the plans for plastic guns directly, irrespective of their export status. “This gerrymandered system of doing it through the export control laws doesn’t make any sense,” says Burns. “Frankly, what that does is say that we are worried that we are putting these plastic guns in the hands of French citizens but we can’t control whether that’s being done in the United States or not.”

For now, the blueprints are for sale in 30 states. Proceeds from the sales will go to paying Wilson’s legal fees, which will continue to be considerable—and if it turns out he sells the plans to any non US citizens or anyone outside the US, they’ll be even higher.