Apple is set to launch three new iPhones simultaneously on September 12 for only the second time in the iconic device’s 11 year history.

And for the first time in the iPhone’s existence, Apple could have three new handsets land on shop shelves at the same time, after the iPhone X arrived later than than 8 and 8 Plus last year.

That’s going to give you, the people who buy iPhones, a tricky to decision as you’re faced with a number of price points and features.

When you login to pre-order (from September 14 according to rumors) or step into store to pick up your new iPhone (which could be either September 21 or 28) you’ll likely have to choose between the iPhone XS, supersized iPhone XS Plus or the ‘affordable’ iPhone 9.

While each phone will garner its own dedicated user base, there’s one new iPhone that will be more attractive most people. The iPhone XS.

Why the iPhone XS?

The iPhone XS will give you the latest cutting edge features from Apple, in a form factor that can just about be used one-handed while still appealing to those who want to boast the latest and greatest tech.

For some, either of these phones will fit the bill perfectly.

However, many will likely dismiss the iPhone XS Plus quickly for being too big and too expensive, as it’s highly likely to be the costliest iPhone of all time.

Then there is the rumored iPhone 9 which is tipped to make a number of compromises from the XS models. If you’re looking for the latest and greatest from Apple, this model is unlikely to offer it.

The Cupertino, California based firm may opt to bless the iPhone XS and iPhone XS Plus with headline-grabbing new features while the iPhone 9 misses out.

If you’re preparing to invest a significant amount in a new iPhone, spending that little bit extra to jump to the XS is, on paper, the obvious choice.

It’ll likely pack the same power and features as the XS Plus into a more manageable, and slightly more affordable, package while not demoting itself to the lowest-cost option. 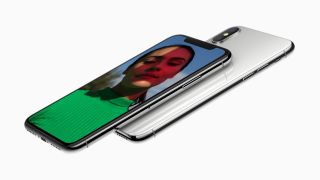 You probably won’t buy it

Dig a little bit deeper into the iPhone rumors, and while the iPhone XS may continue to look the most appealing on paper, it appears that the compromises Apple is tipped to make on the iPhone 9 may be the right ones for many.

One of the main differences between the rumored iPhone 9 and the XS duo is the screen technology, with the latter set to boast color-rich OLED panels while the former is ‘stuck’ with LCD.

The thing is though, Apple has used LCD panels on every iPhone until the iPhone X, and while its screens may not have been the biggest or highest resolution on the market, they’ve always been clear, crisp and colorful. If you own any iPhone other than the X, this shouldn’t worry you.

Leaks also point towards Apple’s new A12 chipset featuring in all three handsets, giving the iPhone 9 the same engine as it’s pricier siblings.

It’ll likely pack in less RAM, but historically Apple has used less RAM in its phones versus the Android competition thanks to excellent software integration, so again this shouldn’t ring too many alarm bells.

The finish may not be quite so premium either, but it’s said to still be a metal and glass combination, while on the front you’re likely to find a 6.1-inch display with very slender bezels and the obligatory notch, which will make it look like the XS pair.

The rear camera may be another area where Apple comprises, offering something more basic than its XS counterparts, but again for many the base level of imaging quality Apple offers will more than suffice for day-to-day snapping.

It may be dubbed the ‘affordable’, even ‘cheap’ iPhone, in rumor roundups and leak reports, but it could well be the iPhone 9 that bags the space in your pocket, despite the iPhone XS stealing the show.

We’ll know for sure what your choices will be on September 12 when Apple announces its new iPhone range, and TechRadar will be reporting live from the Steve Jobs Theater to bring you the very latest news as it happens.