These Stitched Photos of Greenland’s Icebergs Are Sew Great 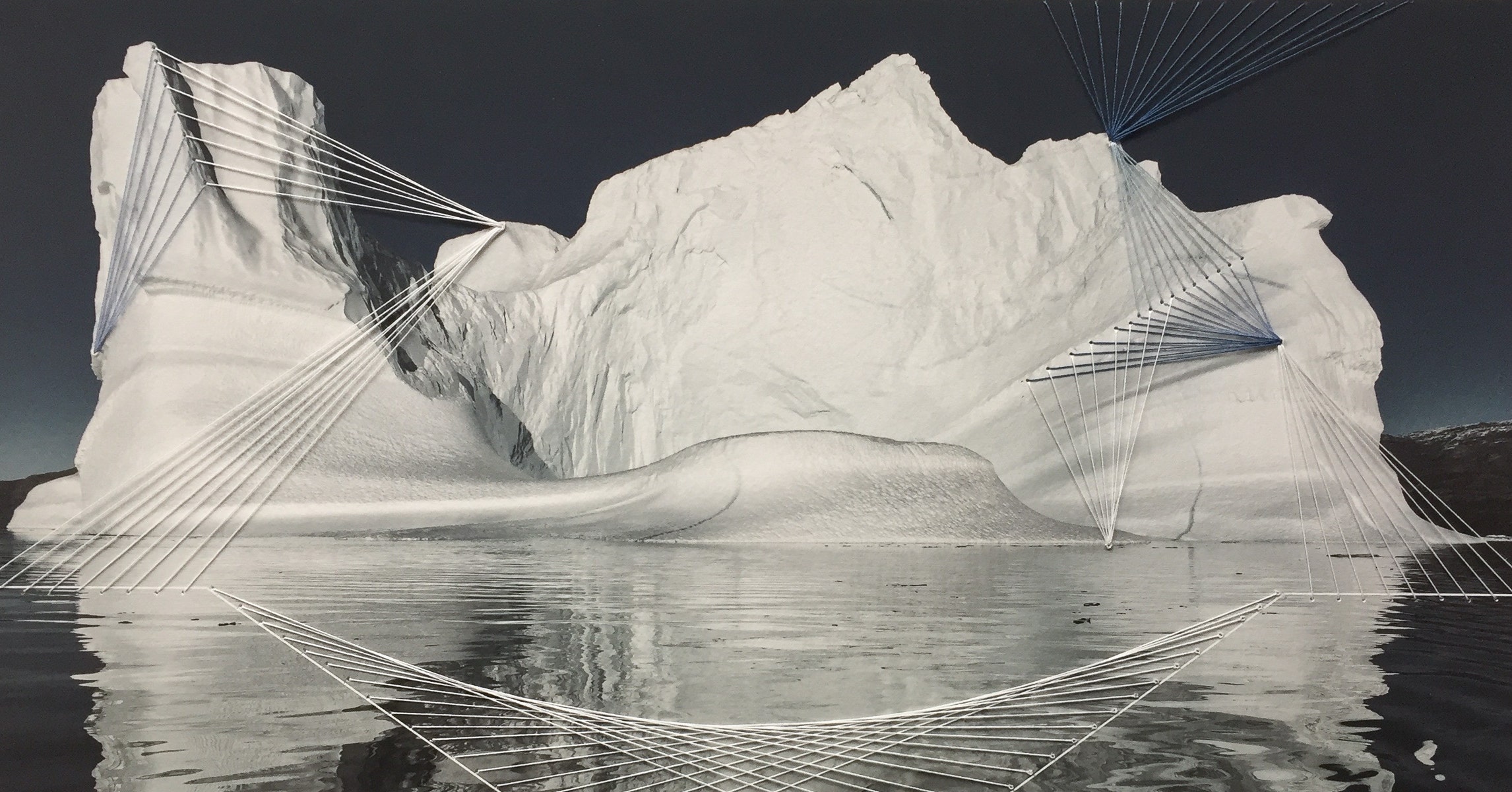 Icebergs are among the first parts of the natural world to succumb to global warming—and in many cases are the result of global warming, having calved off melting glaciers. But while photographer Adriene Hughes acknowledges the science behind climate change, she thinks that data falls short of communicating the sense of loss we feel in the face of a heating world planet. “It’s really important to use the tools that you have to speak about the things that are in crisis mode,” Hughes says. And her particular tools are precisely what make her Quilted Icebergs series, which chronicles the bergs of Greenland, so unique.

You won’t find quilting needles and thread in the kits of conventional landscape photographers. Using a quilter’s ruler as a guide, Hughes stitched geometric rays, starbursts, and curved planes onto each of the 9- by 12-inch prints. The result, according to Hughes, reflects a Thoreau-esque transcendental understanding of nature—of how wind and sound move through the icebergs’ landscapes. Even her paper choice, Hahnemühle 308-gsm Photo Rag, complements the effect. “It’s more like a piece of fabric you would be attentive to,” she says. “It’s the size of a hoop if you were quilting on fabric, verbatim to the size crafters would use.”

To produce the photographs themselves, Hughes spent 20 days in Greenland, venturing out onto the Scoresby Sund fjord on Greenland’s eastern coast for four to five hours a day. Normally, a photographer shooting on an inflatable boat among seven other people might rush to get the shot, but Hughes describes being among the icebergs as a spiritual experience, an exercise in contemplation. Not least of all because she had to wait for the boat to stop bobbing as passengers shifted. On top of all that, because she was using her favorite 24-millimeter Canon prime lens on a different camera system—a Sony A7R II—she also adjusted focus manually.

Similar to how Hughes thinks that data, with all of its resolution, doesn’t tell the full story of what we stand to lose to climate change, she wants her landscapes to go beyond the genre’s mode of accuracy and representation. “Sometimes I think a photo needs to be what we imagine, rather than what we see,” she says. Still, as mesmerizing as they are, these photos may soon enough be the only places we’ll be able to see Greenland’s mighty icebergs if we don’t get our act together.