Saving ‘The Expanse’ Is One of Fandom’s Great Triumphs 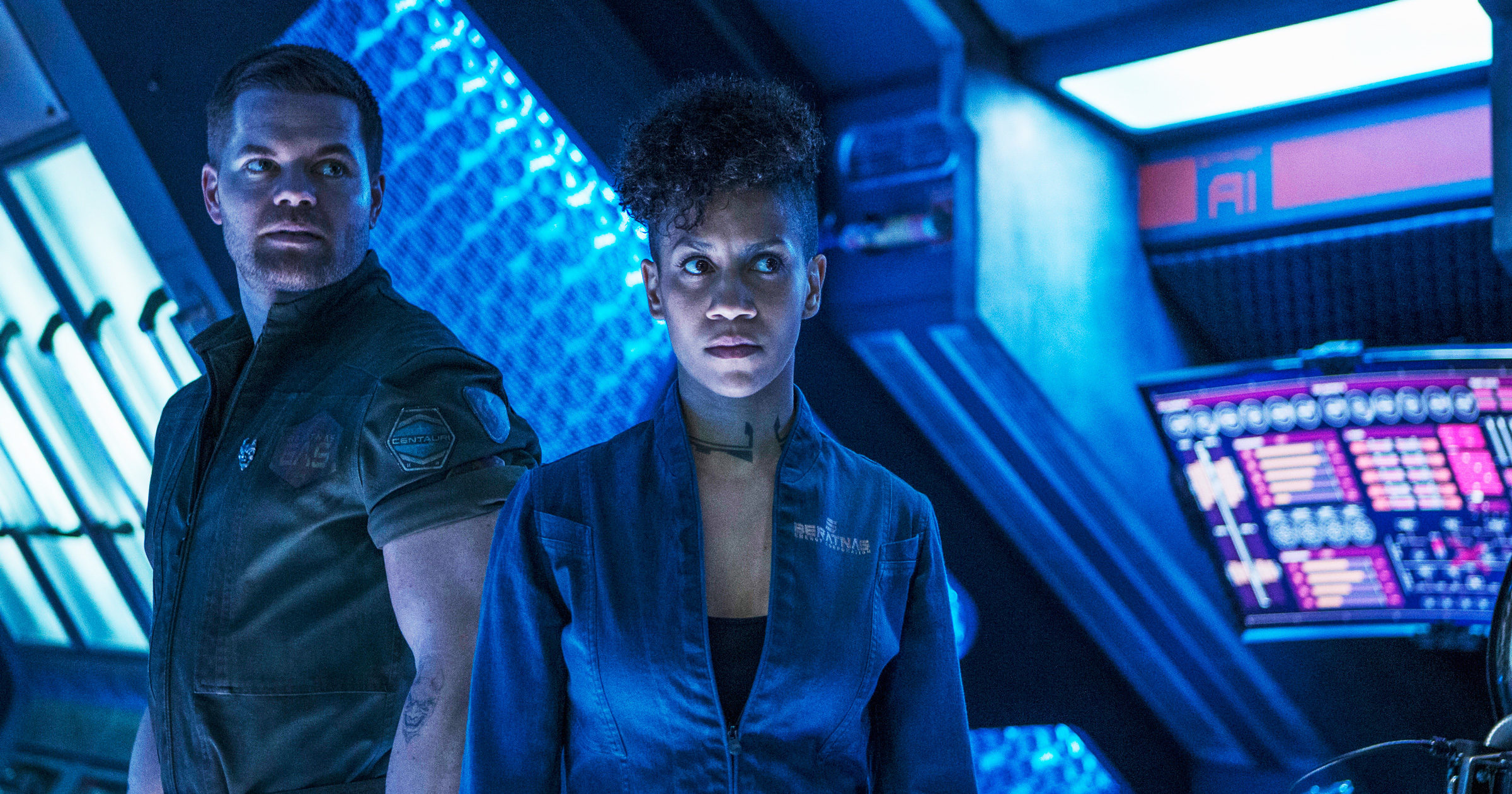 When Syfy cancelled The Expanse last May, many people who love the series were gutted. One of them was Hallie Lambert, a writer on the show, who was on vacation in Hawaii when she got the bad news.

“Of course I started crying,” Lambert says in Episode 329 of the Geek’s Guide to the Galaxy podcast. “I was trying so hard not to, sitting on this beautiful beach. But it was so emotional I just started crying. I was glad I had my sunglasses on.”

But then something amazing happened. Fans of the show organized an unprecedented campaign of attention-grabbing stunts, hoping to persuade a streaming service to rescue the show.

“The fans got together and raised enough money to fly a ‘Save The Expanse’ banner over the Amazon studios in Santa Monica, with a little plane,” Lambert says. “And not long after that, they raised money to send one of the little Rocinante models into space.”

It worked. A few weeks later, at the International Space Development Conference, Jeff Bezos announced from the stage that Amazon had acquired The Expanse. “It was just incredible,” Lambert says. “And then later on we’re like, ‘Can you believe our life changed in that way—for the whole show and for everything—at the airport Sheraton?’”

The #SaveTheExpanse campaign provides a model for how audiences can draw attention to their favorite shows.

“It’s an incredible time for fans,” Lambert says. “You have a voice, whereas before it probably felt like you didn’t. Firefly could have had a couple more seasons, perhaps, if we’d had social media like we do now.”

Listen to the complete interview with Hallie Lambert in Episode 329 of Geek’s Guide to the Galaxy (above). And check out some highlights from the discussion below.

“I was trying to decide, ‘Do I really want to write?’ Because it’s all I’d ever known, my whole life I wanted to be a writer. … So I was like, ‘I’m going to go back and get my master’s degree, and I’ll go be a psychologist, and maybe I can write some stuff on my own while I’m doing that, but I’m getting out of the entertainment industry.’ So while I was still working in television—I think we were on Grimm at the time—I was going to school. And through that whole process of self-discovery, I rekindled my passion for writing. So after I graduated with the master’s, I set aside my goals of going to get my doctorate and said, ‘I know now that I want to write. I want to be in television, this is what I want to do.’ And it was shortly after that, actually, that we started working on The Expanse.”

“One of the things, since I’ve been working on the show, that’s become more and more important to me is hopefully creating that excitement of what a possible future of colonizing space could be, and like I said I’ve met so many amazing, smart, science-minded people—people that are creating the actual rockets that we’re only emulating—or extrapolating on what we’ve got now. I got to be one of the ambassadors for Yuri’s Night this last April, which is a global event/party celebrating everything space—not only from the STEM side, but art as well, so it’s like STEAM. So they have Star Trek people, and me from The Expanse, at this big party alongside NASA scientists, and Blue Origin and Virgin Galactic as well.”

“Georgia Lee—who is now on The 100, but she was with us for three seasons; she was unfortunately one of the losses we had during our cancellation—we were asked to do the five issue The Expanse: Origins that came out. Two years ago, I think, we started it. Georgia and I had never written graphic novels before, but we were up for the task and excited to learn something new and dive into it, and Ty and Daniel had asked us themselves—because they have control over those rights. We felt very honored to be asked to do that, and it was a crash course in the dynamics of writing one. It was a lot more work than I had ever realized—I have a whole new respect for graphic novelists and comic artists.”

“Randomly one day we decided, ‘Oh, we’re going to do a ‘Twitter Fan of the Week,’ and we would pick someone’s name out of the hat—of a fan that tweets a lot about The Expanse—and send them some Expanse merchandise that we had. It’s been a really cool way to feel connected, and luckily it happened to be a great instrument in the #SaveTheExpanse campaign. I know they’ve done some research on the analytics behind campaigns and social media, and @TheExpanseWR, for our campaign, was above and beyond, I guess, which is all news to me. I’m like, ‘Oh, this is incredible, this is awesome.’ Because I didn’t go into it with any sort of intent of doing anything more than reaching out to fans, so it’s been a cool experience.”