Space Photos of the Week: Opportunity! We See You, Little Guy! 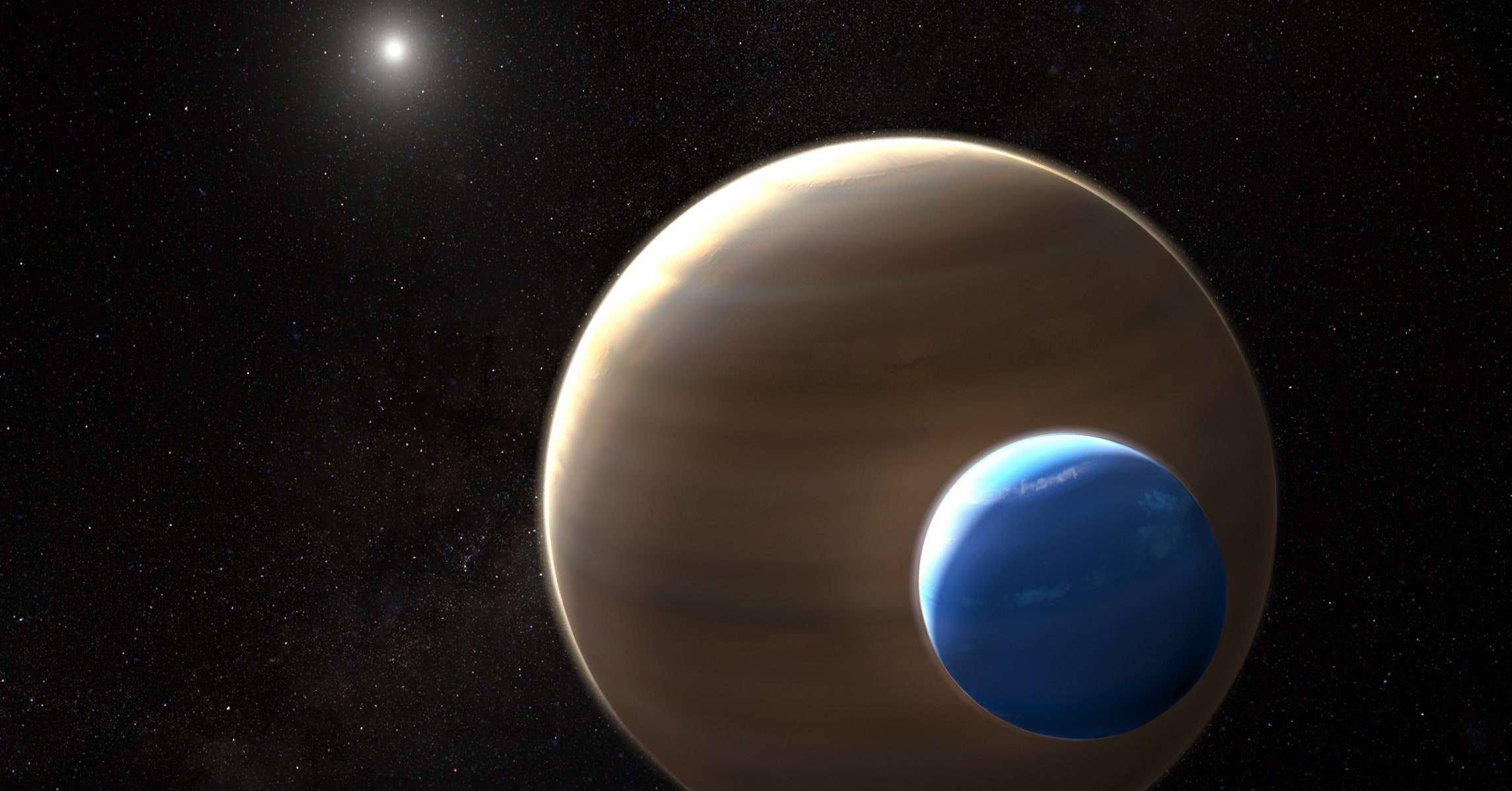 Big news this week: We now have our first evidence of a moon orbiting around an exoplanet. Using data from the Kepler Space Telescope and Hubble, scientists inferred the presence of the moon shown in this artist’s depiction the same way they do when they detect an exoplanet: They wait for the body to pass in front of another body and watch for a dip in the light. Finding moons around planets is extremely helpful because their presence can help determine the mass of the planet in question. (Other handy details help determine the mass of the planet too, like whether or not the planet is rotating or is tidally locked onto its star the way our moon is to us.

NASA’s Juno Spacecraft recently completed its 15th orbit around Jupiter. Every time the spacecraft swings around this behemoth it collects data and also takes some pretty amazing images, like this one. Here the spacecraft is viewing the southern region of the planet, looking to the north. This most recent image shows a strange brown oval storm. It’s nicknamed the “brown barge,” and it almost looks like stretched out brown Silly Putty.

Opportunity! We found you! NASA’s Mars Reconnaissance Orbiter spotted the Opportunity Rover on Mars in Perseverance Valley. The rover got caught up in a global dust storm earlier this year and has been incommunicative since the storm began. However, the dust is settling and the skies are clear enough for the orbiter to image the tiny rover on the surface. Now we are just waiting for it to wake up from its sleep.

The European Southern Observatory’s Very Large Telescope takes some pretty mind-blowing images of space, partly because of the instruments attached to this telescope, like MUSE (Multiunit Spectrographic Explorer). Using this instrument on the VLT, astronomers discovered large regions of atomic hydrogen surrounding some of the universe’s most distant galaxies. This image might look like a weird cosmic black light poster, but that’s because the light you see glowing there is what is called Lyman-Alpha emission—a marker for hydrogen. In this image, the spectrographic explorer shows what would otherwise be invisible to the naked eye in blues and purples.

If you ever want to feel like a real time traveler, inspect images from the Hubble Space Telescope. This photo features a galaxy cluster called SDSS J1050+0017 at its center while other galaxies litter the rest of the space-scape. Clusters like these are the most massive objects ever discovered and are so large and dense that they can physically bend the space around them. We can see this because of something called gravitational lensing. Look around this photo and you’ll see what looks like streaks of galaxies, as though someone dipped their paintbrush in stars and smears it in an arc around space—that is the light from those distant galaxies bending around the mass of the cluster.