Drivers of Nissan, Renault and Mitsubishi vehicles could be looking forward to an altogether more connected future thanks to a new partnership with Google. The three brands, which already make up one giant so-called automotive Alliance, plan to develop increasingly powerful infotainment systems by embedding the Android operating system in its vehicles from 2021.

The aim is to give us more of what we want, and that means we should see an array of new services filter through including enhanced versions of Google’s Maps, along with its very handy voice-controlled Assistant.

Plus, there’ll be instant access to its app-packed Play Store. Along with delivering a beefier in-car selection of automotive-flavoured apps, drivers will also be able to enjoy improved Maps-focused turn-by-turn navigation along with the ability to answer calls and texts with even more ease. 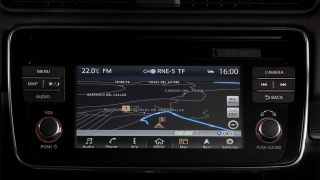 In fact, Google Maps which is possibly one of the most practical services to have built-in to a car that might be the best bit. If you use it currently via your smartphone then you’ll know just how quick, easy and, above all, accurate it is to use.

What’s more, Google Maps has been around for a long time now, a decade or so, which means that it’s got progressively better and a lot more powerful. As part of an in-car infotainment system it could mean that you’ll be waving goodbye to that clunky sat-nav device once and for all. It also trounces Apple Maps, which forms the navigation aspect of their CarPlay rival.

But it’s not just going to be getting to your destination where you’ll be doing all the talking. The revitalised integral version of Google Assistant for the car will also mean many other infotainment features can be controlled by voice, along with numerous everyday vehicle functions too.

The collaboration is a big deal, not least because the Renault-Nissan-Mitsubishi Alliance sold 10.6 million vehicles in 200 markets last year alone. However, while the plan is to utilise the Android platform for these services, the experience will be individually tweaked and tailored to suit each of the three car brands.

Ultimately, the move to deliver an improved in-car experience is aimed at getting us to buy more cars in a period when new sales are cooling. The car-making Alliance wants to transform that and hopes to sell 14 million vehicles by the end of 2022. Increasingly, a chunk of that will, the Alliance hopes, comes from zero emission electric vehicles. There are currently a dozen of these planned along with new and improved autonomous-driving technologies. Also adding value to the Android integration is the Alliance Intelligent Cloud (AIC), which aims to offer secure in-car connectivity.

The AIC will allow new models to become increasingly smart. Remote upgrades to software systems and vehicle diagnostics will form part of the system. Interestingly, the arrangement will also be compatible with devices running other operating systems, such as Apple iOS. While the idea of using a popular consumer operating system in cars isn’t new, this is a beefier take on the likes of the already available Android Auto. The other current major in-car option is Apple’s aforementioned CarPlay that also goes some way to keeping smartphone fans happy. 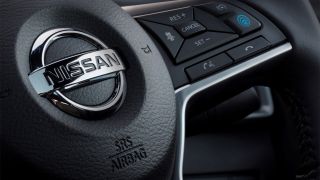 The new system looks to go a lot further though. Android Auto allows you to enjoy some of the functionality contained on your phone through your car’s infotainment, but with an embedded Android system already in the vehicle there won’t be any of the setup faff involved in using your phone to use its features on the built-in screen. Connecting to a USB port or setting up a Bluetooth connection can be the most tedious aspect of current in-car systems, so jumping in and enjoying something built-in sounds like a great solution. Being able to get the best from your favourite apps like Spotify and Skype safely and without distraction while you’re on the go seems the obvious way forward.

Hadi Zablit, senior vice president of Business Development at Renault-Nissan-Mitsubishi, said, “Our partnership with Google will offer owners of our vehicles rich user experiences that are currently available only outside the vehicle or, to a limited extent, by connecting an Android device to supported vehicles. We are building powerful connected and seamless on-board/off-board experiences into our vehicles in addition to the features of Google applications and services that many users are accustomed to, including Google Maps, Google Assistant and Google Play Store.”

The future of in-car interaction

Unsurprisingly, the Alliance has a whole department dedicated to research, development and, ultimately, implementation of connected vehicles. Kal Mos, global vice president of Alliance Connected Vehicles at Renault-Nissan-Mitsubishi, added, “With the integration of the Android platform into our infotainment systems, we are adding a new level of intelligence to our connected vehicles. In the future, Google Assistant, which employs Google’s leading AI technology, can become the main way customers interact with their vehicles, hands-free.”

“With Google Maps and Google Assistant embedded in Alliance infotainment systems, our customers will have some of the most advanced AI based applications at their fingertips. And with in-vehicle access to Google Play Store, our customers will enjoy an open and secure ecosystem of Android apps engineered for vehicles.”

Hiroshi Lockheimer, senior vice president of Platforms & Ecosystems at Google, has a similarly optimistic outlook of the ambitious plan: “Google and Renault-Nissan-Mitsubishi share a common vision of delivering an intelligent, safe and seamless in-car experience with apps and services that are familiar, upgradable and connected. We’re thrilled to partner with Renault-Nissan-Mitsubishi to bring Google Assistant, Google Maps, and other popular apps via the Play Store and Android to drivers and passengers around the world.”