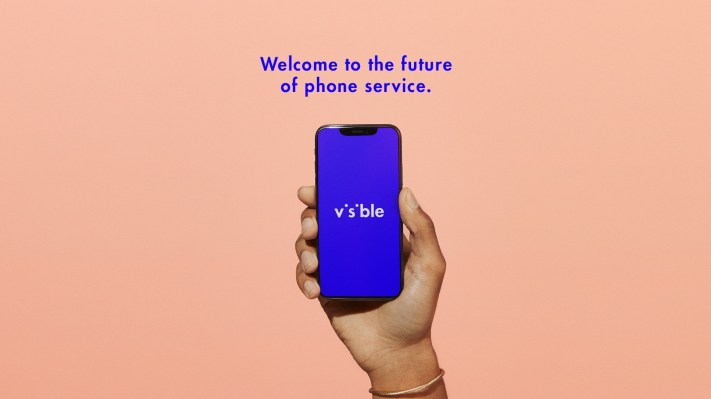 When Verizon stealthily launched a new startup called Visible last year, it operated under a bring-your-own-device model — to sign up, you needed to already have an unlocked iPhone, and Visible would send you a new SIM card.

Today, however, Visible is announcing that it’s partnering with Affirm and Apple to sell iPhones with 0 percent APR financing. It’s also launching Android compatibility in beta testing (the carrier was iOS-only until now), and is selling Samsung Galaxy S9 and S9+ devices.

Visible is one of several attempts by companies large and small to rethink the wireless carrier model. In this case, the service is backed by Verizon (which owns TechCrunch) and uses Verizon’s 4G LTE network, but it says it operates as an independent startup.

As for what Visible is actually offering, you pay $40 a month for unlimited text, voice, data and hotspot usage at speeds of up to 5 Mbps. There’s no contract, no extra fees and you manage everything through an app on your phone.

Now, on top of that, Visible is selling 11 different iPhone models, along with two different Samsung Galaxy models. You can either pay the full price upfront or sign up for financing from Affirm — which, again, has a 0 percent APR and, for some consumers, won’t require a downpayment.

The company says there are no hidden fees (like an activation, SIM card kit or restocking fee) either. When asked how Visible is able to offer this kind of pricing, a spokesperson pointed to the company’s “all digital business model” — it has lower costs because it’s not paying for physical infrastructure like stores.

In addition, Visible is introducing a new program called Visible Protect, which covers you (and provides access to Apple Care) in cases of loss, theft or hardware damage after the manufacturer’s warranty expires. To do this, it’s partnering with Assurant. Pricing starts at $10 per month.

“Above anything else, service, quality of product, and simplicity are what matter most,” said Visible CEO Miguel Quiroga in a statement. “From the start of our business, we wanted to set a new bar for the way things are done by re-defining and evolving wireless and the overall retail experience. With every new offering, including our 0% [APR] financing, no fees for device purchase, and Visible Protect, we will advance our mission of removing complicated barriers for all consumers.”