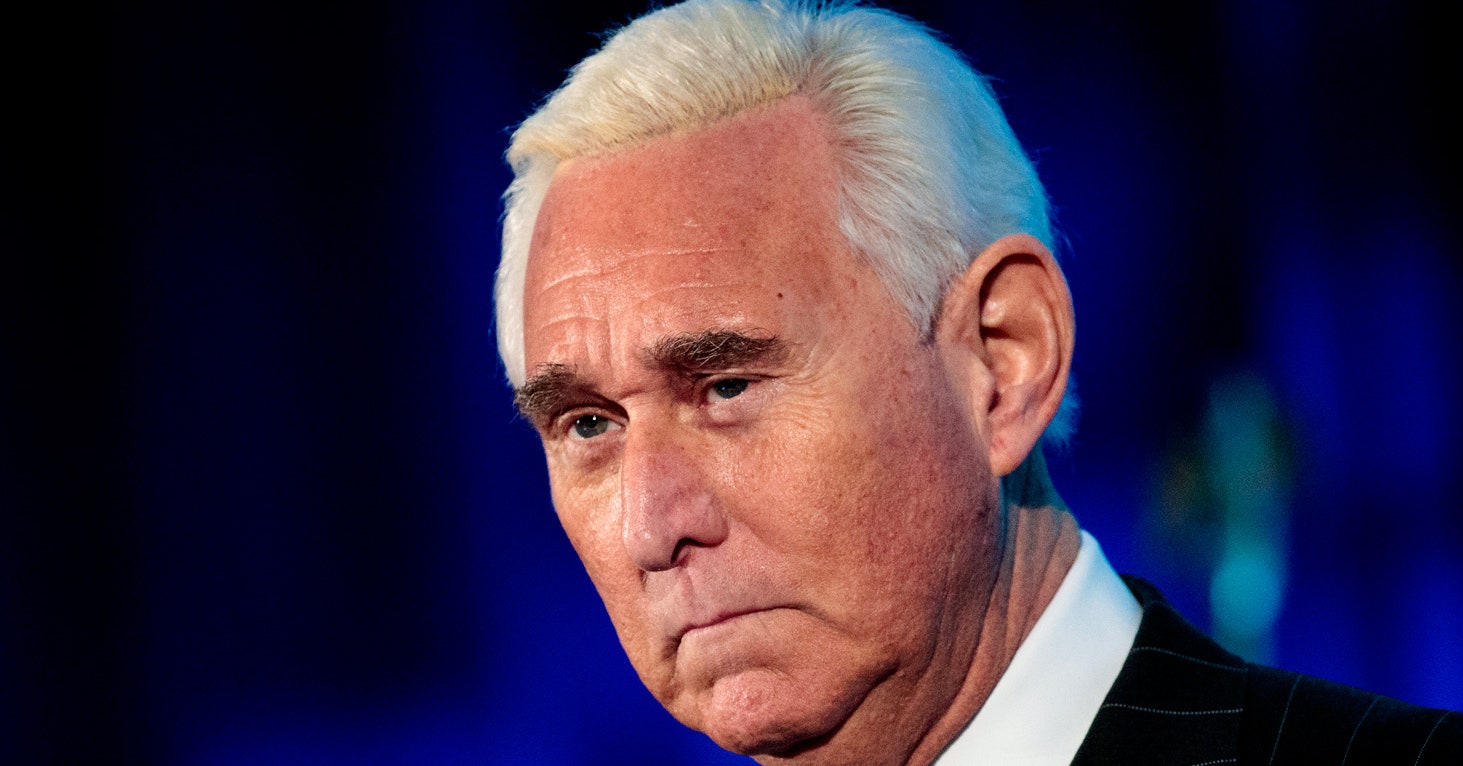 Roger Stone’s pre-dawn arrest in Florida Friday, a raid executed by FBI agents working without salary during the government shutdown, had long seemed a matter of when, not if. Special counsel Robert Mueller has been deeply interested in Stone for months, and at least nine of the political operative’s associates have appeared before Mueller’s grand jury, including talk radio host Randy Credico and conspiracy theorist Jerome Corsi. Stone himself has been saying for nearly a year that he expected to be indicted, as his own public statements over more than two years have placed him at the center of the question of whether the Trump campaign conspired, colluded, or cooperated with WikiLeaks or Russia to leak stolen Democratic emails during the summer and fall of 2016.

With Friday’s seven-count indictment against Stone, Mueller is again edging closer to answering “yes,” although he notably stops short of alleging any conspiracy during the campaign. You can read the full document embedded below.

The indictment details several incriminating messages allegedly sent by Stone, some of which had previously been laid out in the aborted plea agreement with Corsi. But it also delivers four significant pieces of specific new allegations about the Trump campaign, Stone, and WikiLeaks:

Stone allegedly communicated directly with the Trump campaign about the Wikileaks email dumps. As the indictment lays out: “After the July 22, 2016 release of stolen DNC emails by [Wikileaks], a senior Trump Campaign official was directed to contact STONE about any additional releases and what other damaging information [Wikileaks] had regarding the Clinton Campaign. STONE thereafter told the Trump Campaign about potential future releases of damaging material.” A key—and genuinely surprising—phrase in that allegation is the fact that Mueller says the Trump campaign official was “directed” to contact Stone, a level of specificity beyond saying simply that a Trump campaign official contacted Stone.

Instead, Mueller is making clear he has specific evidence of the decision-making process inside the Trump campaign and evidence that someone—who goes unnamed in the indictment but whose name Mueller surely knows—directed “a senior Trump Campaign official” to contact Stone. There are only so many people who could “direct” a senior campaign official to take an action, as opposed to some more mundane verb like “asked” or “suggested” that could imply a peer or lesser official.

The Trump campaign appreciated Stone’s work with WikiLeaks. Later in the indictment, Mueller says that on October 7, 2016—the day the infamous “Access Hollywood” tape came out, and was almost immediately buried in news coverage by WikiLeaks’ first dump of John Podesta’s stolen emails—an “associate of the high-ranking Trump Campaign official sent a text message to STONE that read ‘well done.’ In subsequent conversations with senior Trump Campaign officials, STONE claimed credit for having correctly predicted the October 7, 2016 release.” It’s long been an open question whether the WikiLeaks dump was coordinated to distract from the “Access Hollywood” tape, and while Mueller’s indictment stops short of weighing in one way or another, it seems the Trump campaign certainly appreciated Stone’s apparent work coordinating the distraction.

Stone was fishing for specific damaging information. Another key question around the Russian email dumps is how much coordination or communication had gone back and forth between the Trump side and WikiLeaks. Mueller’s indictment alleges at least one specific conversation in which Stone asked Wikileaks for specific stolen emails. Through a combination of text messages and emails on September 18, 2016, Stone appears to have asked Credico, who was allegedly serving as what Mueller calls a “go-between” for Stone and WikiLeaks founder Julian Assange, to inquire about a specific damaging article published about Hillary Clinton’s time as Secretary of State: “Please ask [Assange] for any State or HRC e-mail from August 10 to August 30—particularly on August 20, 2011 that mention [the subject of the article] or confirm this narrative.” In weighing whether a conspiracy exists, there’s obviously a world of difference between being the passive recipient of knowledge and digging for specific damaging allegations to help your campaign.

Mueller has a new ally: A Democratic House of Representatives. Stone’s indictment focuses on false statements made to the House Intelligence Committee, transcripts presumably turned over recently by new Democratic chair Adam Schiff. It also says that Stone attempted to coerce Credico to stonewall or even lie to the committee, allegedly telling him to “do a ‘Frank Pentangeli,'” a reference to a character in Godfather II who testifies before Congress and claims not to know information that he actually does. According to Mueller’s indictment, Stone even threatened Randy Credico’s therapy dog, Bianca, who, as far as we know, is the only dog who has appeared before Mueller’s grand jury so far, having attended Credico’s testimony last fall.

In the weeks following last fall’s guilty plea by Michael Cohen for lying to Congress, Schiff had said he suspected other witnesses before the House committee had lied, and that he intended to turn over those transcripts to Mueller when he assumed the chairmanship from Republican representative Devin Nunes, who had long stonewalled and undermined the House investigation. It’s the first public sign that turning over those transcripts may have contributed to Mueller indictments—but given the hints from Schiff, it may not be the last.

Garrett M. Graff (@vermontgmg) is a contributing editor for WIRED and the co-author of Dawn of the Code War: America’s Battle Against Russia, China, and the Rising Global Cyber Threat. He can be reached at garrett.graff@gmail.com.