Sorry, Sandra Bullock: A Fire Extinguisher Is a Lousy Thruster 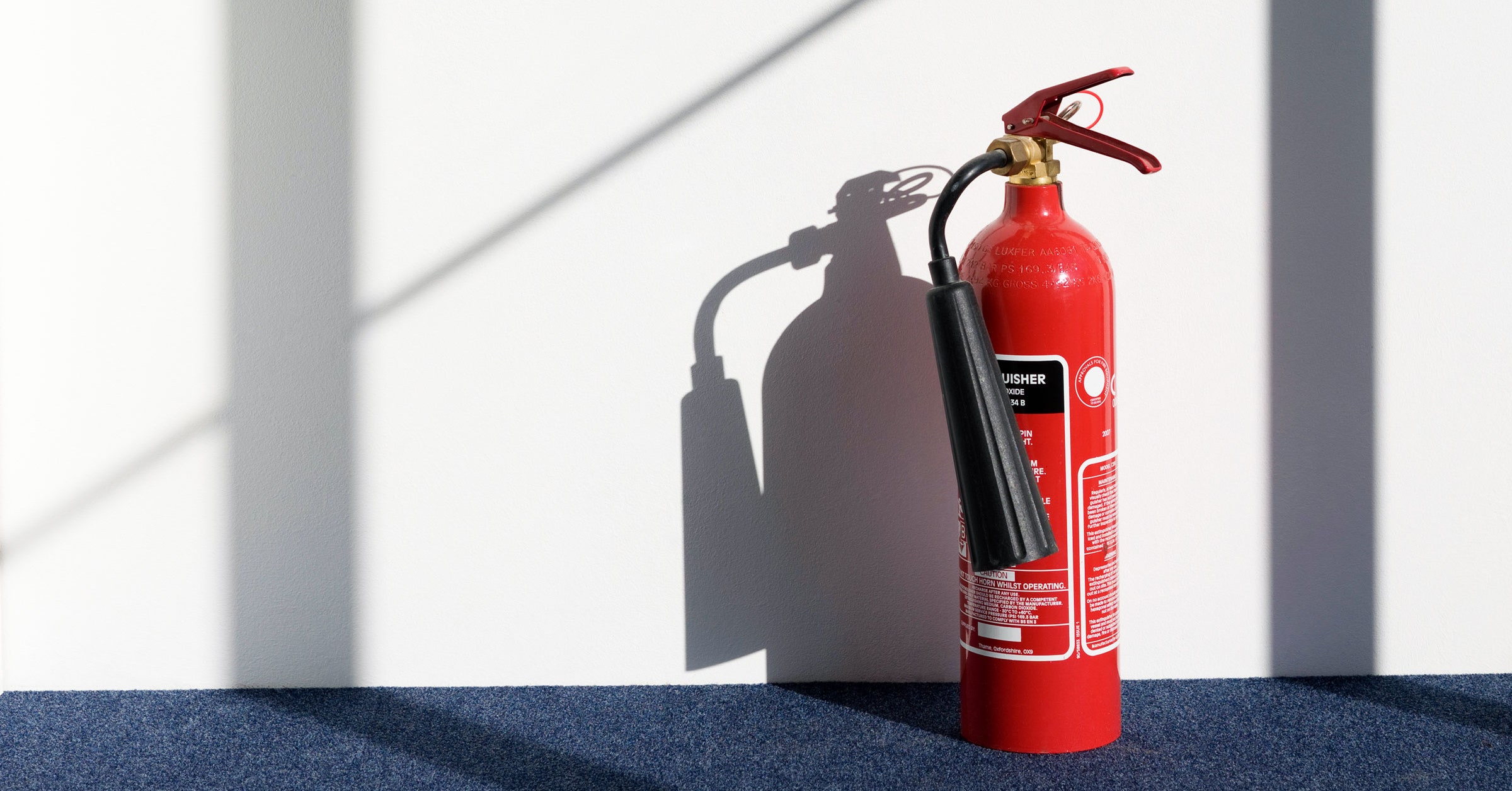 Suppose you are an astronaut out in space. You have nothing with you except your wits and … a fire extinguisher? Why a fire extinguisher? Because that’s what Sandra Bullock’s character has in the movie Gravity. Because a fire extinguisher shoots out gas (normally to put out a fire), it can also be used to produce thrust and help you maneuver in space. But would this really work? That is what the MythBusters, for whom I’m a science consultant, set out to test in a recent episode.

The MythBusters started by trying to create a similar situation on the surface of the Earth. They used a leaf blower to fashion a one-person hovercraft (it’s not too hard to build one yourself). They let it loose on an ice rink, which pretty much eliminated the frictional force. Then they used a fire extinguisher for thrust and tried maneuvering around on the ice.

It turned out that the fire extinguisher wasn’t so great for controlling the motion of the hovercraft. No one could avoid the obstacles set up on the ice. The problems with the fire extinguisher thruster are twofold: First, it doesn’t push that hard on the hovercraft. So you would need to generate thrust for a significant amount of time to get a noticeable change in motion. Second, the way force changes the motion of an object doesn’t agree with our basic intuitions about force. It’s this second part that makes it difficult to fly a fire extinguisher in space.

We can get a good model of how forces make things move by reviewing your entire life. Yes, let’s do it right now. For just about every event that you have observed, forces seem to obey the following rule:

If you push something, it moves in the direction of the push. If you stop pushing on it, it stops moving.

That force model seems to work just about all the time. One case where it doesn’t work is with the hovercraft on the ice. In this case, the hovercraft is given a push to get it moving. After that, the person stops pushing—but the hovercraft JUST KEEPS MOVING! I honestly think that’s why humans like ice. Things on ice don’t follow our normal force models.

Since this model of “force equals motion” doesn’t work on ice, it clearly isn’t the best model. Here, I can describe a better force model with three gifs.

Let’s take a low-friction (almost frictionless) cart and push with a constant force. Here is what happens.

Here is that same cart, but now the fan is pushing in the opposite direction. I have to give the cart a push, and then this happens.

In this case, the backwards force makes the cart slow down. It slows down so much that it eventually stops. Once it stops, the cart starts moving back to the right and speeds up—since it’s now a forwards force.

I couldn’t do this with the cart, so I used a yo-yo instead. Here is a top view of a yo-yo moving in a circle.

The force on the yo-yo is from the string and it is always pulling in a direction perpendicular to the motion of the yo-yo. This means the yo-yo constantly changes direction even though it’s mostly moving at the same speed. What happens when I let go of the string? With no more sideways force, the yo-yo goes back to moving in a straight line at a constant speed (mostly constant).

What do all three of these cases have in common? The force always changes the motion of the object. It either makes it speed up, slow down, or change direction. Of course this is one of the fundamental models in physics—that the total force on an object is proportional to the rate of change of the velocity.

So, why do humans get this so wrong? We aren’t so bad at making models, but we do have trouble seeing friction as a force. Since friction is just about everywhere, we think that pushing with a constant force makes something move at a constant speed. In fact, there is zero net force in this case. The force of you pushing balances out the frictional force to make essentially no force. No force means no change in motion. But still, it’s caused by the always-present friction.

Test your own force model

Here’s how it works. When you click the Run button, the big disk starts moving to the right. There is a constant force from the fire extinguisher that pushes in the direction of the arrow. You can use the mouse to move that arrow in whatever direction you think is the best. Now, can you avoid that wall? Here is your chance.

I guess I have a few more comments on this program.

You can see that it’s not impossible to avoid the wall, but it’s not trivial either. Just imagine if the hovercraft was also spinning. This would be crazy hard. You could change the rotational rate of the hovercraft with a fire extinguisher thrust that was not directed at the center of mass. This would then exert an external torque AND an external force. Coding that would be a bit more difficult, though, so I left that part out.