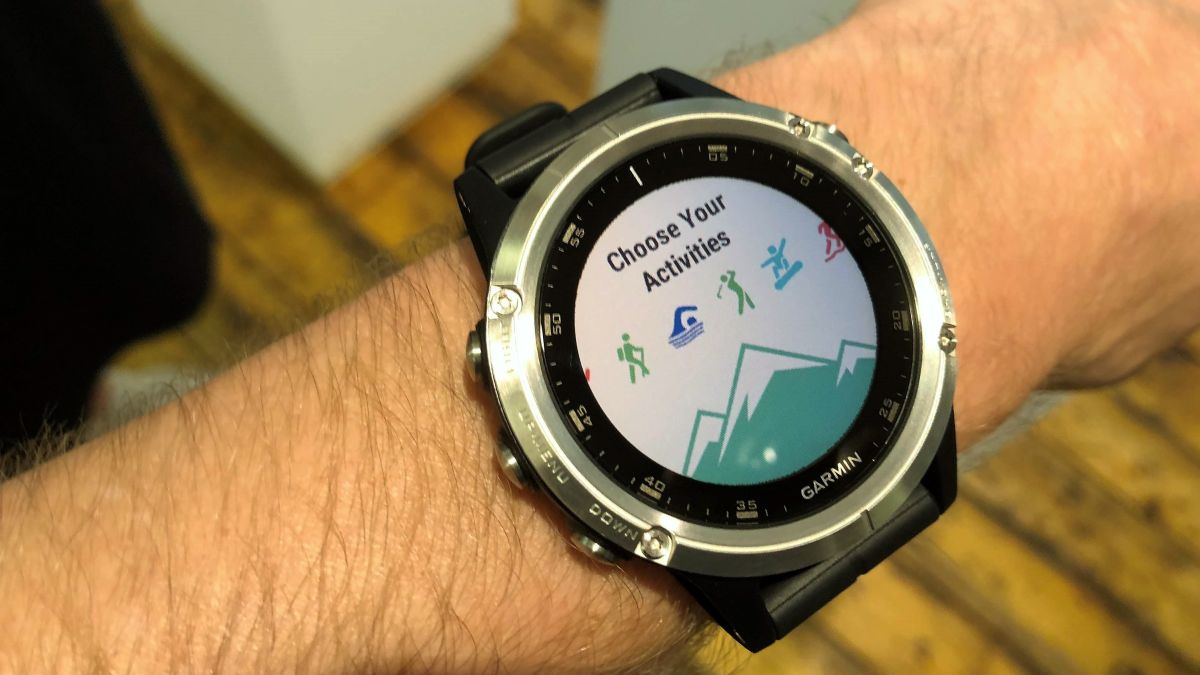 I have to admit something: I don’t really know how to use the Garmin Fenix 5 Plus.

I’m not an elite runner by any stretch of the imagination, but I also don’t think that I could be classed as a novice. I’ll look at the ‘advanced’ section of any running plan first, and I’ll always look at joining the fastest group session at my running club (before, often, chickening out).

I’ve run multiple marathons and half marathons and so many 10k races that I’ve actually lost count. I say this not to brag (liar – Ed), but just to prove that I’m not a novice runner. I’m one that has pushed myself to the limit many times and always have a watch strapped to my wrist to make sure I’m recording all that sweet, sweet data.

You see, I am a data-hungry fool. I’m certainly at the point where I’ve saturated myself too hard in all the little bits and pieces that you can learn from popping wearable tech all around your body, but man alive… I love it.

I love knowing that my cadence was higher on that Saturday at that Parkrun compared to the training session I did later in the week, and it brought a certain speed level improvement. I adore being able to do a training run and then see that 18 months ago I was around 30 seconds per mile faster with only a 5% increase in heart rate.

I used to talk about this kind of things at parties, but then people stopped inviting me to parties. I assume that’s just because I’m getting older.

Is there such a thing as too much data?

OK, I know it’s really boring, and that’s usually why I keep my fascination with data to myself. But when the chance to have a watch, like the Fenix 5 Plus, that can tell you pretty much everything about everything that happens when you run comes along, surely that should be my absolute zenith, a runner’s version of catnip?

So I thought when strapping it on, the idea of being able to track nearly everything seemed like a dizzying high. I should have known something was up though when I balked at the thought of the Fenix 5X Plus, which packs a pulse oximeter to tell me how much oxygen is in my blood.

I didn’t feel like I needed it. I should have recognized right then that I was reaching saturation point in terms of being told everything that’s going on in my body when running.

Now, after a few months of wearing the Fenix 5 Plus and training for a marathon with it on my wrist, I’m feeling increasingly guilty about it. There are modes and settings on it that I’m never going to use, and this watch is never going to realize its true potential.

I’ll never throw myself out of a plane to test out ‘Jumpmaster’ (essentially parachuting that uses the altimeter to see how far and fast you’re falling). I’m never going to connect it to cameras and bike lights and turbo trainers to really take my cycling to the next level.

I’m never going to climb, paddleboard or use ‘Tactical’, mostly because I’m afraid of what that really is. I just want to jog around with it.

I did use boat mode when on a barge recently, although I was quite lost over the difference between knots and miles per hours – that said, it was awesome to have a speedometer on my wrist and really helped us chug through six hours to make it back to the dock in time.

Also, as it’s so packed with sensors and designed to be used for so many sports, it’s a chunky beast as well – there’s definitely some weight and size to overcome when choosing one from the Fenix range.

Why can’t I quit you?

There are reasons that I still run around with it strapped to my wrist though. Firstly, it’s got the entire suite of run tracking that I actually use. I can program in interval sessions from my app. I can customize the screen to show only the metrics I care about. It’ll tell me how tired I am from reading the variations in my heart rate, and even has a tiny map that I can sort of read when I’m trying to work out where I am.

The one thing that keeps me locked to the Fenix 5 Plus is down to one simple fact: it’s got Spotify on board, meaning I can sync my playlists and podcasts to the watch and leave my phone fully at home.

This is functionality that is sadly not widespread enough through the fitness watch industry, and is still pretty new on Garmin too, locked to only the Forerunner 645 Music and the Fenix 5 range (and I’m still not desperate to buy the 645 Music after the poor battery life performance in my review).

So, for now, I’m sticking with the Fenix 5 Plus – but I get the feeling that in 2019 we’re going to see more Spotify-enabled running watches hit the market from Garmin, complete with all the running data I crave but without the guilt of holding back something better suited to the wrist of an Iron Man contender.