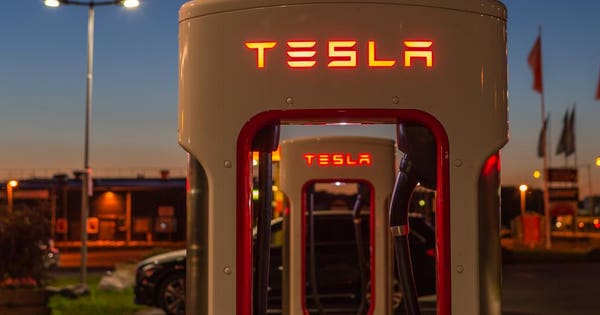 You’ve seen the antics on Twitter and late night radio and you wrote it off as an eccentric genius CEO. But unfortunately, it isn’t getting any better and Tesla isn’t Elon Musk’s personal hobby, it’s a public company.  Tesla has stakeholders; shareholders, investors, employees, business partners, suppliers and customers and none of them are being served by the continued problems at Tesla.  It’s time for the board to take firm action and build a stronger leadership bench and have opportunity should they need a succession plan.  I’m not saying they remove Musk completely from Tesla, that would be disastrous, but they need to bring in a world class operator who can lead Tesla through their next 5 years.  Someone with a tech background coupled with manufacturing experience, who has been proven to be able to scale up from $12B where they are now.  Musk could remain as Executive Chairman and Chief Innovation Officer or something similar where his inspired, brilliant, mind can flourish.

The issues plaguing Tesla are varied and will require several changes. In January 2019, California’s Division of Occupational Safety and Health fined Tesla $29,000 after finding several safety hazards in their Model 3 production Tent in Fremont.  While the fine is immaterial, the reasons for the fines highlight a startling lack of planning and care by the operating team at Tesla.  Creating a tent production line that is the size of two and a half football field is going to require a permit – no?  It’s alleged that Tesla didn’t obtain a permit, nor did they inspect for safety violations or train workers about heat illness which should be a consideration as the tent is open air and the manual work is difficult.  While the fine is minute, the cost of an injured worker could be significantly greater.  It’s understood that the tent was in response to Tesla being on the brink of failure, reportedly weeks away from running out of cash, but that is also the problem – waiting until it takes desperate measures to “pull-up” out of the nosedive.

Running out of cash is a CFO problem, and he’s leaving too… again. Deepak Ahuja is resigning as CFO for the second time.  He started with Tesla back in 2008, quit in 2015 and returned to the company in 2017 when his successor left.  Ahuja will transition out later this year, but his successor has already been named and he’s a first-time public CFO who’s only six years out of his MBA program.  Considering that Tesla has been a revolving door of Chief Accounting Officers who would report to the new CFO Zach Kirkhorn, he won’t have a seasoned team with strong institutional knowledge backing him up.  Granted, I do feel that bringing in millennials at all levels of a company is a requirement for future success, at this point for Tesla, some experience, pattern recognition and scar tissue earned in previous roles is what is needed in the CFO position.  Wall Street agreed with me, as Tesla shares fell more than 2% coinciding with earning results and the CFO announcement.

While nearly half a million people have put down a thousand-dollar deposit for a Tesla Model 3 (that they may not get for years due to production issues), Tesla in mid-January laid off another 7% of their workforce after already cutting 9%, less than a year before.  Tesla has said the layoffs are needed to save money as it shifts away from selling the more expensive models S and X and tries to reach the long-awaited goal of a $35,000 Model 3 that they promised three years ago.  Manufacturing and operating issues are still plaguing Tesla and they need to bring in an experienced manufacturing executive to make a long-term plan to meet production requirements.

As the company is running out of money, slashing jobs, pivoting production away from the more expensive models that have kept it’s head above water, Elon Musk is flying around in the corporate jet, logging more than 150,000 miles last year alone.  Musk who is often heard preaching about the dangers of global warming and carbon emissions used the jet to fly to Texas to tour the set of HBO’s Westworld, take his kids to Israel and Jordan for Spring Break, vacation in Chile and head to Ireland to tour the set of “Game of Thrones.”  The trip to Ireland occurred just after Tesla cut 3,500 jobs to cut costs.

Certainly, many of the miles were business related as Musk flew to China to break ground on their new factory in Shanghai and meet with Premier Li Keqiang.  It’s clear Musk is being stretched too thin between Tesla, SpaceX, his other side ventures as well as his movie hobby.  Tesla, the public company needs a full time CEO who can focus on getting the iconic US electric car maker back on stable footing.  The board of directors at Tesla needs to make some serious strategic decisions about leadership.  They may well potentially need a new CEO, a more experienced CFO and a head of manufacturing that can take the company to the next level.

Dave Arnold, Tesla’s spokesperson made an interesting comment when he was asked about Elon Musk’s private jet use. He said “until we can teleport, there’s unfortunately no alternative that would allow him to do his job effectively.”  That’s a great idea, let’s free up Elon Musk to work on teleportation, it would be a great use of his creative genius.