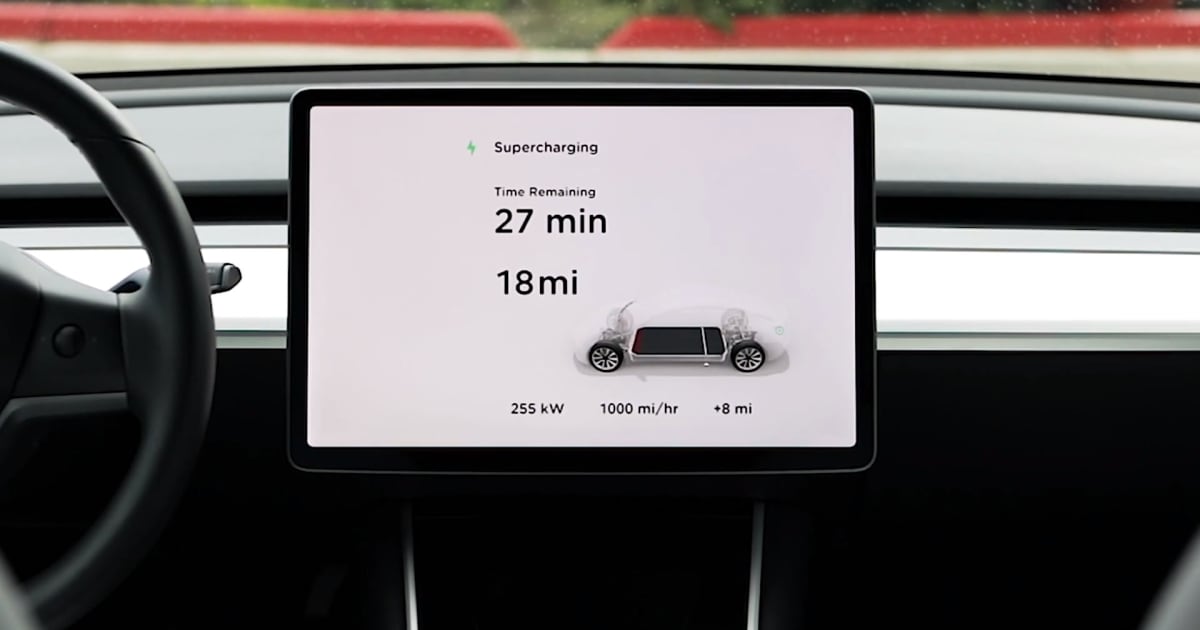 While it just opened the first “public beta” V3 Supercharger in Fremont, CA tonight, over the next few weeks it’s bumping charge rates at the 12,000+ V2 Superchargers to 145kW. On the most efficient vehicles, like a Model 3 Long Range, Tesla expects they’ll get 75 miles of charge in 5 minutes, and add range at a rate of 1,000 miles per hour.

Not all of the changes are in the chargers either, as software updates rolling out to its cars (Model 3 first, then S and X), and a new feature called “On-Route Battery Warmup.” When an owner navigates to a charging station, their car will make sure the battery is raised to an optimal temperature when they arrive which Tesla says can reduce average charge times by 25 percent.