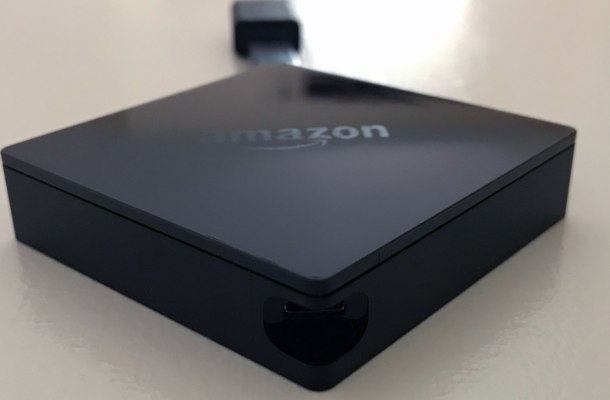 Apple Music is launching on Amazon Fire TV in the U.S. today, after rolling out in December to Amazon’s Echo line of smart speakers. The news is notable as it’s yet another example of the eased tensions between the two rivals following Apple CEO Tim Cook’s 2017 announcement of Apple’s agreement with Amazon. Their deal allowed Amazon’s Prime Video app to launch on Apple TV and saw the return of Apple products on Amazon.com.

Since then, the companies have made several moves to honor their deal.

Last year, for example, Amazon expanded its assortment of Apple inventory to include other devices besides Apple TV — like iPads, iPhones, Apple Watch and Beats headphones. It also brought its FreeTime Unlimited app to iOS. And most recently, Apple Music arrived on Echo.

The launch will allow Apple Music subscribers the ability to access the streaming service’s catalog of 50 million songs just by asking Alexa. Users can request songs, artists, playlists and albums by saying things like “Alexa, play today’s hits on Apple Music,” or “Alexa, play music by [artist’s name] on Apple Music,” for example.

To use Apple Music on Fire TV, you’ll have to enable the Apple Music skill and link your account. (Those who had already done so in order to listen on their Echo device won’t need to do this again.)

Amazon isn’t the only company benefiting from Apple’s decision to shift more of its company’s focus to subscription services — like its streaming music offering and, soon, its streaming video service.

Apple also recently announced a partnership with Samsung to bring iTunes content to Samsung Smart TVs through a dedicated app and related deals with TV makers like Vizio and LG to support AirPlay. It’s said to be working on a similar deal to get AirPlay supported on Roku.

Amazon says Apple Music support will roll out to both Fire TV and Echo users in the U.K. in the weeks ahead.