Beats and the battle for your ears: how Apple changed the sound of Dr Dre’s cans

You’ve heard of Beats – whether you’ve used its headphones or not.

Founded by rapper Dr Dre and record producer Jimmy Iovine in 2006, Beats has been a power player in the world of consumer audio since its inception, fast becoming a market leader in terms of sales alongside the likes of Sony, Sennheiser, Skullcandy, and Bose.

Beats’ enormous market share is likely what attracted tech giant Apple to the company, which acquired Beats in 2014 for an astonishing $3 billion.

So how has that acquisition changed Beats as a company, and more importantly, the quality of its headphones? We spoke to Beats President, Luke Wood about the company’s first true wireless earbud, the Powerbeats Pro, which he tells us is “the culmination of the full integration of [Beats and Apple] working together from a technological standpoint.”

“We thought we were pretty good until we got to Apple, and then we started learning what ‘good’ really was”, he admits between sips of green tea.

What was Apple doing that Beats wasn’t? “Apple had so much incredible discipline and rigor around product quality” Wood says.

Does that mean Beats headphones were sub-par in the past? They’ve certainly been dealt their fair share of criticism for being too bass-heavy, too brash, and ultimately unsuitable for any true discerning audiophile. 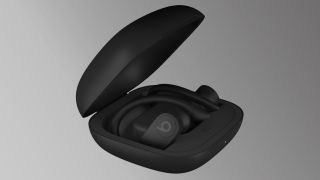 The Powerbeats Pro are set to be launched in May (Image credit: Apple)

Turning down the bass

That bass-heaviness didn’t just spring up out of thin air. Bass has been creeping up in the balance of popular music genres for decades now, infiltrating the charts through disco, funk, soul, hip-hop and R&B in the late 20th century.

Then, the 2000s saw in an explosion of dancehall and grime traditions into mainstream popularity, particularly in the UK and the US. Nowadays, chest-thumping sub-bass lines are present in even the most saccharine pop songs.

In short, bass was everywhere, and Beats wanted in.

“Hopefully people will respect the fact that we learned and grew.”
Luke Wood, President of Beats

“No one was making headphone products to articulate the bottom end” Wood says – but he concedes that Beats’ reputation for overly bass-heavy products was “absolutely taken into consideration” when creating the new PowerBeats Pro.

Since then, Wood says Beats has “got better and learned the tools of [its] trade” in the years after it released its first studio headphones in 2008.

“Hopefully people will respect the fact that we learned and grew.” 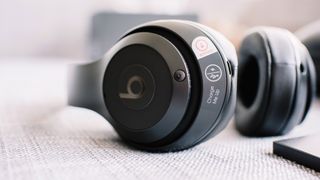 It’s clear that Wood is extremely excited by the PowerBeat Pro true wireless headphones as he explains the inner workings of their all-new “pistonic drivers” and improved acoustic housing.

“We’re trying to religiously get back to articulating the album as it would have sounded in the studio”, he explains.

It’s not only about the sound quality; first and foremost, the PowerBeats Pro are a pair of true wireless workout earbuds. As such, they’re waterproof, and are designed to fit snugly and comfortably in your ear, no matter how vigorous your training session gets.

And, like the new Apple AirPods (2019), they’re powered by Apple’s new H1 chip, which offers fast connection times and hands-free Siri voice control – the Powerbeats Pro are unmistakably an Apple product through and through. 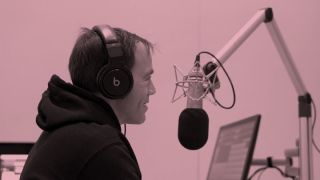 Looking to the future

It’s been rumored that the Apple AirPods 2 will be a health and fitness device as well as a pair of true wireless earbuds, after Apple filed a patent for biometric sensors that would allow them to monitor the user’s heart rate. Is this something Beats would consider for future fitness earbuds?

“If you have a smartwatch that’s giving you all that information, do you really need to replicate that in your headphones?” he asks. Perhaps it is necessary, if you’re claiming to have made the “number one fitness headphones in the world”.

Whether Wood’s position on biometric sensors would change should Apple start using this kind of ‘avant garde tech’ in its own headphones remains to be seen, but it’s clear that his company has benefited immensely from its acquisition by the tech giant.

As he puts its, it has allowed Beats to “take advantage of [Apple’s] great research and development and innovation, and put it into our products”. Ultimately, to what extent Beats and Apple’s partnership has been successful won’t become clear until the Powerbeats are released next month – but we’re excited to find out.