If you watch one celebrity-filled, anally obsessed charity video before Earth Day, make it this one 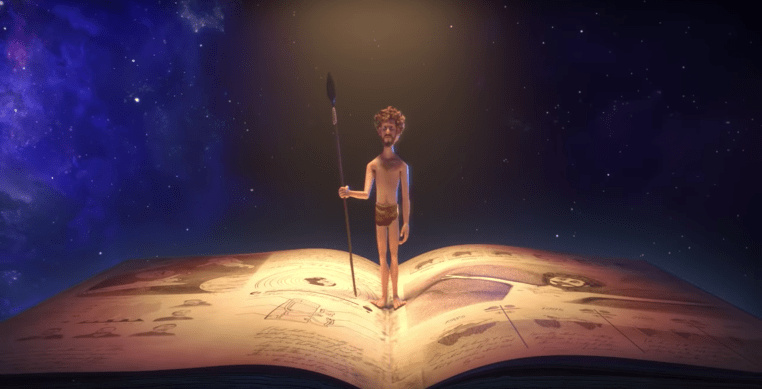 Lil Dicky, the white comedy rapper with questionable taste but an impressive rolodex, has come up with a millennial’s Earth Day answer to the 80s celebrity-studded, charity hit “We are the World“.

Dicky isn’t tackling African famine, instead he’s come up with an oddly anally-fixated paean to the Earth’s climate and the disaster the world faces if there isn’t some collective action taken to reverse our current course of carbon emissions.

To hammer this message home, and raise money for Leonardo DiCaprio’s climate change-focused foundation, the tricky Dicky with a fraught history has enlisted some very very powerful celebrity friends for an animated musical extravaganza.

“Like a lot of people, I had a vague idea that something bad was happening here on Earth, but I didn’t really realize how insane our climate crisis is and how screwed humanity is about to be,” the artist told Vice’s music publication, Noisey, in an interview. “It’s full-on crazy! If we don’t get our act together now, and change a lot about our fundamental behavior, Earth will become unlivable alarmingly soon. Why did it take me so long to get wind of this? I feel like everybody on the planet should be talking about this 24/7. But that’s not the case. So I wanted to make the most entertaining and epic piece of content possible, to get everyone aware and talking. Because it’s now or never… Let’s save the Earth! We love the Earth!!!!”