The Wilsons From ‘Us’ Are Our New Favorite Horror Family 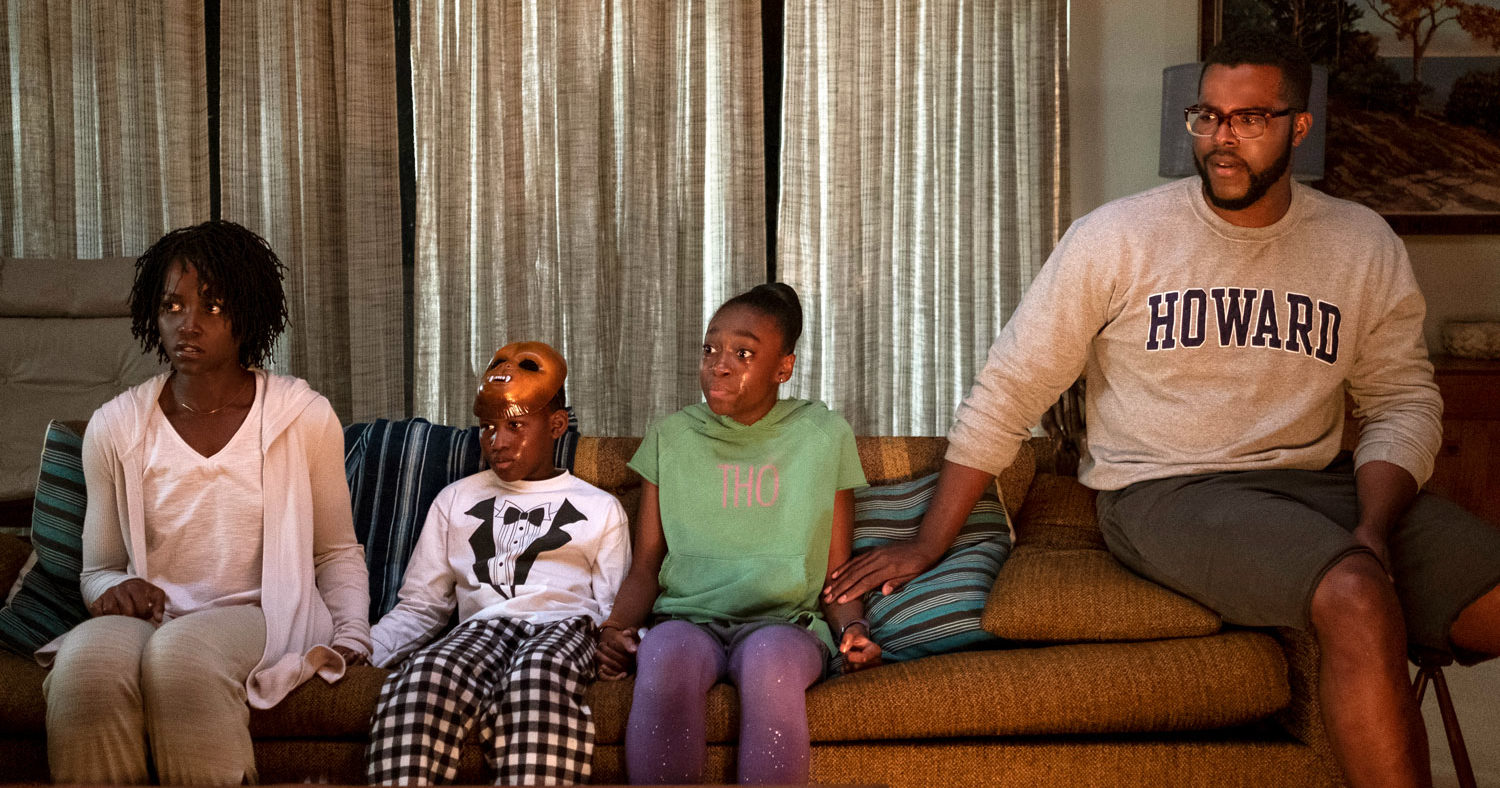 In the new Jordan Peele movie Us, the four members of the Wilson family are haunted by a quartet of creepy doppelgängers. Fantasy author Tananarive Due, who teaches classes on black horror at UCLA, is ecstatic about the movie.

“It’s this beautiful, glorious moment I’ve been waiting for my whole life,” Due says in Episode 357 of the Geek’s Guide to the Galaxy podcast. “Which is a black family on vacation in a horror movie, just loving each other, and everyone being smart and engaging and believable.”

Horror author Craig Laurance Gidney enjoyed seeing a movie about a black family that is prosperous enough to own a summer home and—in one of the film’s best running gags—a boat.

“A lot of people think that people of color all come from the same lower class, especially in film, especially in Hollywood,” Gidney says. “And it was nice to see this intact family get together and sort of play around with one another.”

When danger threatens, the Wilsons quickly leap into action. Film critic Evan Narcisse found that very believable, given that many black families are highly attuned to potential hostility. “They’re responding to the threat without a lot of disbelief or being stunned,” Narcisse says. “And to me that felt like Jordan Peele channeling a part of the black experience that is not spoken about very often.”

Due hopes to see many more families like the Wilsons in future movies.

“As a creator, this is a wildly exciting time,” she says. “There’s never been a better time to be a black creator in Hollywood, period. Especially in genre.”

Listen to the complete interview with Tananarive Due, Craig Laurance Gidney, and Evan Narcisse in Episode 357 of Geek’s Guide to the Galaxy (above). And check out some highlights from the discussion below.

Tananarive Due on Jason Wilson:

“As the mother of a child who is on the spectrum, who is actually named ‘Jason,’ I was like, oh my gosh, this kid has ADHD or there’s something—[there is] a lot of repetitive motion, the mask-wearing, the way his parents were so understanding of his inappropriate outbursts. This is not something that just happened now, this happens all the time. And it’s Jason, though, who has the most understanding, once you’re out of our reality and you go through the veil. … Because not being that firmly rooted in reality, when reality takes a turn, he can follow it much more easily than they can.”

“I asked Jordan [Peele] this outright. ‘Did you do them how they do us?’ And he’s like, ‘Come on, you know, yes.’ He very much confirmed that. You know, usually if it’s a primarily white production, when black characters show up they’re seasoning, they’re sidekicks, they’re not the main dish. But that wasn’t the case here. So he kind of inverted that paradigm, I thought to hilarious effect. To the point where Tim Heidecker‘s character was almost entirely comic relief. … It was a conscious effort to center a black family, and black performers, in this movie.”

Tananarive Due on Black Horror:

“Sometimes you do get people not understanding—’Why do you have to have black horror?’—which is just saying, ‘Why do you have to exist?’ Basically that’s what that question actually means. But we are absolutely at a turning point in our culture now where we can move away from all these tired and insulting tropes of ‘the sacrificial negro,’ ‘the first to die,’ ‘the magical negro.’ It’s almost as if—in horror—if the screenwriter adds a black character, I’m automatically suspicious: ‘Why is this black person here? How are they going to misuse this character?’ And so often you’re not disappointed.”

Evan Narcisse on Us vs. Black Panther:

“If we can use heroism to talk about surviving through adverse circumstances, [Us] shows a kind of heroism that is more quotidian. It’s just familiar in a way, where you don’t have to have a secret African nation and a heart-shaped herb and an ultra-rare mineral resource to access that kind of heroism. So it was its ordinariness that I thought was really radical. The Wilson family—the main family—they could be your neighbors. They’re not from a secret nation that resisted colonialism. They’re just the folks next door. And I think that is really refreshing.”

Go Back to Top. Skip To: Start of Article.