Crawford vs Khan live stream: how to watch the fight online from anywhere

Amir Khan is going over to US turf to take on the unbeaten American boxer Terence Crawford. The prize on offer is the US welterweight belt which is currently held by Crawford who has not been defeated in 34 fights. And you can get a full Crawford vs Khan live stream by reading this tailor-made guide.

Terence Crawford vs Amir Khan – when and where

What date is it? It’s fight night! Crawford vs Khan is happening today – Saturday, April 20.

What time is it? The fight is expected to start no earlier than 11pm ET, 8pm PT. So that’s an early morning/late night 4am BST in the UK.

Where is it? The boxing is taking place at New York’s famous Madison Square Garden.

Amir Khan (33-4, 20 KOs) was out of the ring for over a year before returning to win back-to-back fights against Phil Lo Greco and Samuel Vargas.. But Terence Crawford (34-0, 25 KOs) is a new level for Khan to take on as he’s not only a three-weight world champion but is highly regarded as one of the best pound-for-pound boxers out there right now.

While 32-year-old Khan may be seen as at the end of his career by some, the former unified junior welterweight champion still packs a punch and could give Crawford some real problems in the ring.

Sounds like an intriguing contest, doesn’t it? Well the good news is that it’s being broadcast live around the world, and we’re here to help you discover the best places to watch a Crawford vs Khan live stream.

Live stream Crawford vs Khan from outside your country

If you’ve been looking forward to this fight and already know where to watch, your plans may be scuppered if you’re out of the country when it’s on. That’s because broadcasters geo-block their coverage if you try to watch from abroad.

But there’s a clever workaround for this, which is perfectly legal (assuming the broadcaster’s Ts&Cs allow it) and it involves using a piece of software called a VPN – better that than trying to get some dodgy stream from Reddit.

A Virtual Private Network allows you to change your IP address so you appear to be in a completely different location – in this case, back in your home country. And our best rated option ExpressVPN is ideal for this, as it’s available on a whole host of Smart TVs, Fire TV Stick, PC, Mac, iPhone, Android phone, iPads, tablets and more. In fact, so do all of our top three best VPN service picks:

1. Express VPN (comes with a 30 day money back guarantee)
This is the #1 rated best VPN in the world right now. Sign up to Sign up to ExpressVPN and get 3 months free on an annual plan as well as that 30-day trial.

2. IPVanish with security a focus, it supports up to 10 devices, so great on the go

And don’t forget that a VPN isn’t just for Christmas (or boxing)…there’s loads you can do with them. From unblocking restricted sites and watching Netflix in other countries to adding an extra layer of security for online shopping and banking.

Live stream Crawford vs Khan in the US

ESPN PPV will have the rights to the fight which means Crawford vs Khan will be available via all major cable and satellite providers with a suggested retail price of $59.95 (SD) or $69.95 (HD).

The action should be available via your cable connection on TV or using the ESPN app for other devices that can stream the action online.

Paid for your subscription but now find yourself outside the US this weekend? Scroll up the page and take a look at our advice for using a VPN to watch the boxing.

How watch the Khan vs Crawford fight in the UK 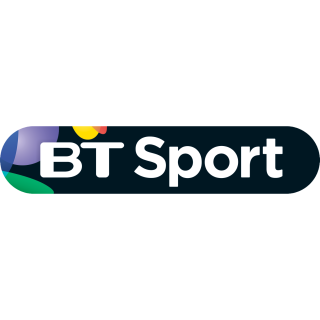 BT Sport Box Office has nabbed the title of official UK broadcaster for the fight. It’s priced at £19.95 to purchase. The main event should kick-off at 4am-ish – although that may be even later if the main card goes on longer than expected.

BT Sport Box Office coverage can be added to the likes of Sky, Virgin, PS4 – or simply on its own through the BT website and app.

Not in the UK? You’ll need a VPN to watch this live stream

How to watch Khan vs Crawford in Pakistan

We’ve looked and we’ve looked (and we’ve looked) and we can’t find any news of a broadcaster in Pakistan showing Amir Khan in all his mean, lean glory this Saturday. Not great if you’re there and were hoping to see him fight on Sunday morning. If that changes, we’ll be sure to let you know.

The only alternative is to use one of our best VPNs as described above, set your location to a country on this page that is broadcasting and go from there. But do bear in mind that most paid streaming services do require a credit card based in the country the service is from.