3 ways Android Q is being built for 5G 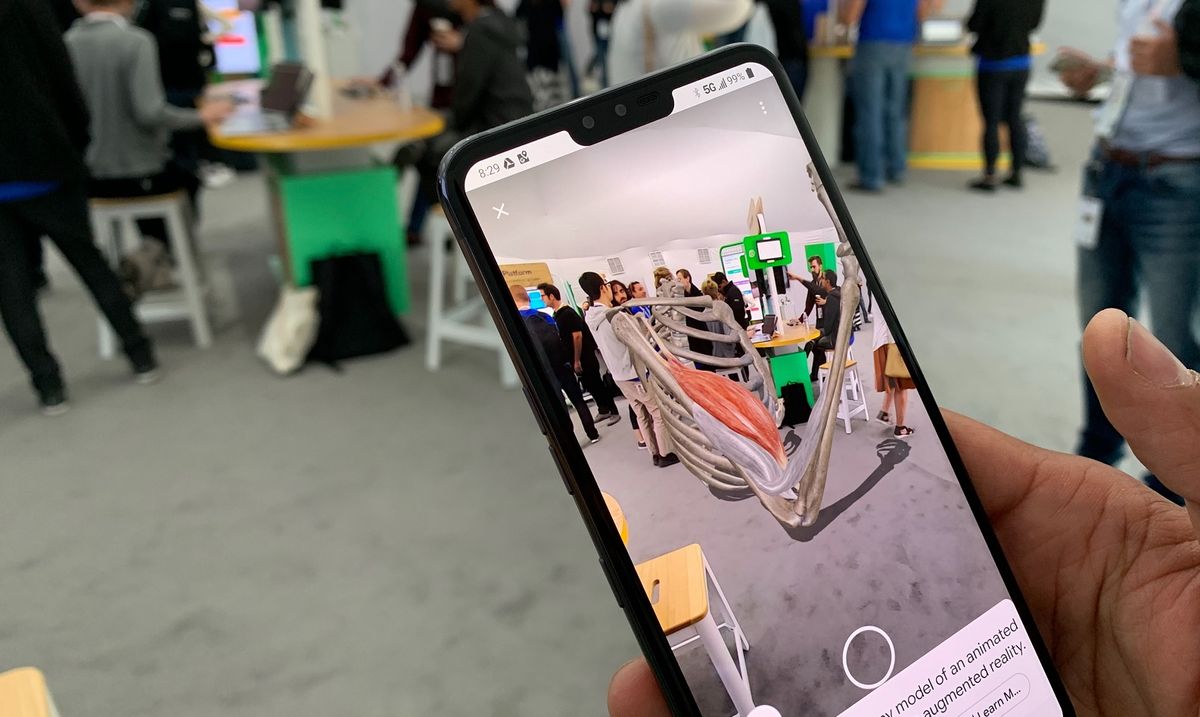 Android Q has a lot of exciting UX additions and improvements, like Dark Mode, but it also has some under-the-hood additions to help usher in the era of 5G phones. Chief among them, we learned at Google IO 2019, are new capabilities for app developers to detect user data download speed and latency, as well as whether their connections are metered by carriers.

How does this help? With the massive download speed upgrades promised by 5G – up to 1Gbps, some carriers claim – users will be able to get data far more quickly than before, allowing them to load hours-long HD videos in seconds, for example.

At Google IO, Bhavin Rokad, Google’s head of Android Strategy, showed TechRadar a phone running Android Q beta 3 on a local 5G network load an 8K video in just over a second, even after flipping through different time stamps. We saw the device quickly download AR animations, just like we’d seen demonstrated during the keynote. And he explained how the operating system will help developers streamline their apps for 5G.

With Android Q, developers will have new APIs they can use to more finely detect how much data they can send to a user’s device and how much latency they’re experiencing.

The APIs can help devs determine whether their app should load up a small 5MB asset or a massive 100MB on the fly. With more information on connectivity, app devs can make more seamless and immersive experiences, sending assets at the right moments –- something that could improve streaming media in general, but also remove a lot of hiccups in online gaming sessions.

Those APIs will also let apps detect whether a user’s connection is metered – like if their account can only download data up to a cap – and only send large data packages when it’s appropriate (high connection, unlimited data, enough battery, and so on).

Think of this like when you’re sending a photo over email or text and you’re asked if you want to send the original file size or one much smaller – but in this case, the app makes that decision for you. While some of these automated choices keep your phone alive longer, others could help limit how much data you consume, which is crucial if you’re reaching the end of your contracted monthly cap.

Android Q will also make it clearer when users are actually connected to a 5G network. This is a pretty straightforward perk, but it bears mentioning given how early we are in the 5G race.

And by early, we mean nearly nonexistent. When we tested the first 5G US network in Chicago earlier this year, we couldn’t always tell when we were accessing the then-piecemeal 5G network.

It’s not just about getting those high speeds – it’s knowing when you’re getting them so you can comfortably send that big file or play a data-hungry game without wondering about your connection.

Carriers, 5G, and the unknown

But the data flow coming to the APIs requires some coordination with carriers, who must agree to pass along this info to developers. Google is still negotiating with carriers to grant this access – not, we understand, because they want to withhold this information, but because they haven’t had a strong motivation to do so.

Understandably, users won’t see these 5G features for awhile – especially since the 5G networks themselves have only just started launching in very small areas. The US saw its first network go live in April, and we found it to have erratic coverage in a small area with sometimes-high speeds.

US carriers have claimed their networks will start going live and expanding throughout 2019, but we’ll wait to see how much speed and coverage they deliver – and how much they’ll cost. Verizon initially charged $10 extra to access its 5G network, though they’re waiving that cost for now, presumably to encourage adoption (and offset the price of 5G-capable phones).

The other question: what kinds of data caps users will have, and how much they’ll have to pay for them. These factors could seriously impact how developers implement these 5G APIs – will they need to limit the size of their assets anyway to make sure users don’t consume too much data, or will users just end up buying bigger data caps?

Those unknowns will affect how developers build apps harnessing 5G connectivity, from back-end prioritization to giving users toggle options for controlling their data consumption. But until we know how these networks will function, and how carriers will implement 5G and make it usable to consumers, it’s unclear how developers will harness these Android Q features.