Everything we still want to see in the OnePlus 7 Pro

We’re expecting to see the OnePlus 7 Pro launch on May 14, alongside the non-pro OnePlus 7, at OnePlus’ community launch event. There’s a lot we already know, thanks to a combination of OnePlus’ slow drip-feed of information, and a plethora of leaks, but there’s still a lot we’ve yet to find out.

The big question mark lies over the ‘Pro’ suffix – OnePlus series usually consist of a standard phone, like the OnePlus 6, then a ‘T’ variant later in the year, like the OnePlus 6T. The company hasn’t released a Pro phone however, so we don’t really have historic phones to analyse to try and figure out what exactly OnePlus is about to release.

So instead of speculating endlessly on possible OnePlus 7 Pro features – which we’ve already done – we’ve put together a list of features that typical OnePlus phones don’t have, that we’d like to see. 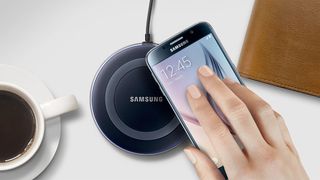 Something we see in an increasing number of high-end smartphones is wireless charging – it’s convenient, it’s fairly quick, and it’s a lot easier than fiddling with a load of wires. So far OnePlus has avoided introducing wireless charging capability into its phones, largely because the tech can be expensive and OnePlus phones are typically mid-range, but we’d love that to change for its first true premium phone.

With wireless chargers making their way into more and more homes, we’d love to see OnePlus catch up with the times and embrace wireless charging. 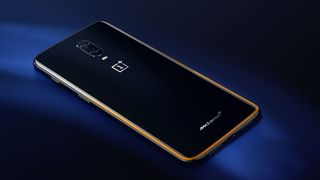 OnePlus phones typically have a fine design, but the company has shown it knows how to make a great-looking handset with the OnePlus 6T McLaren Edition – its black body and gold trim is eye-catching and, more importantly, rather unique.

While phones like the Huawei P30 and Honor View 20 have bright and colorful rear designs, you could just as easily find them eclectic and garish. On the other hand, the McLaren Edition handset is understated and bold, and so we trust OnePlus with making a great-looking device that doesn’t rely on bright colors and crazy patterns.

We’d even be happy with a few newer colors – most handsets launch in black, white and sometimes blue, so if OnePlus picked any other colors it’d make for a novel design. We’ve heard rumor that the company is working on an Almond variant, which could be some kind of light brown, and if OnePlus uses a design similar to the McLaren phone it could look pretty classy. 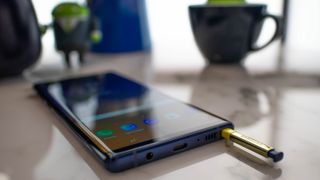 OnePlus phones have typically had storage options that only go up to 256GB, which is fine for most consumers, but power-users often want more storage, and if OnePlus is going to kick off its Pro range with a device designed for hardcore phone users, it couldn’t go wrong with expandable memory.

Few phones have expandable memory these days, and it feels a lifetime since handsets like the Samsung Galaxy Note 9 offered the possibility, but it’s still a valuable addition to devices.

MicroSD slots do take up valuable space in a phone, so instead of allowing for expandable memory, OnePlus could also consider creating a 512GB storage version of the phone, which is again something it hasn’t done before. Since ‘plus-sized’ phones can sometimes have up to 1TB storage, like in the Samsung Galaxy S10 Plus, this isn’t outside the realms of possibility.

4. Some kind of reinforcement for mechanical parts

Many rumors about the OnePlus 7 Pro state it has a full-body screen and a pop-up camera and, as with any mechanical or moving part in a smartphone, we’ve got our worries. Will it break if we drop it, or hit it too hard against a surface, or will it just fall apart through normal use like many reviewers’ Samsung Galaxy Fold devices?

Some phones with moving parts have fail-safes in case of trouble, for example the Oppo Reno 10x Zoom, with a pop-up ‘shark fin’ design, has an accelerometer – if you drop the phone the fin pops down, like a turtle retreating into its shell.

Similarly the Samsung Galaxy A80 and Oppo Find X have moving parts that are fairly large, so aren’t big enough to be damaged by a few knocks. If the OnePlus 7 Pro is to have a study pop-up camera, OnePlus is going to need to find a way to protect this mechanical part. 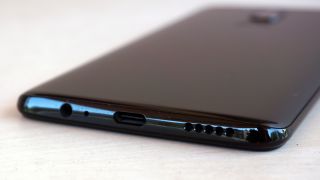 The OnePlus 6 had only a single speaker location. Image credit: TechRadar

Many smartphones have a single speaker for music and sounds – this can be fine for if you’re going to put on some tunes while the phone lays around, but if you’re trying to stream a film or play a game you can often find your hand covering the speaker, so your music is muffled.

In addition music quality can be fine through one speaker, but it’s often far better with the surround-sound effect that can be created when a handset has multiple speakers.

If the OnePlus 7 Pro is to be a premium device, one great way of OnePlus setting it apart from the competition would be to include a high-end audio setup, with multiple speakers and a great dynamic range.

Alternatively OnePlus could distract us with a 3.5mm headphone jack, which so many phones seem to be dropping these days. We wouldn’t mind standard speakers if we could just listen to tunes through our traditional wired headphones.