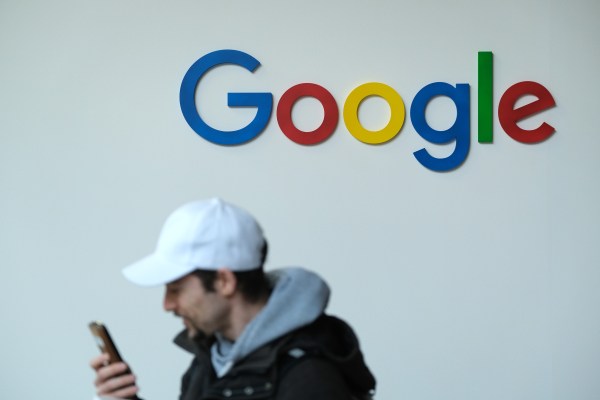 Google is gunning for India’s payment companies. The U.S. search giant entered India’s payment space in 2017, and now it is hatching an initiative that could boost usage of its Google Pay service by tying it tightly into Android apps in the country.

The company has built an in-app engagement rewards platform that promises to help developers and businesses retain users and drive engagement on their apps, two sources familiar with the matter said. It plans to formally launch the project through partners using an SDK later this year, TechCrunch understands.

Sitting at the core of this new play is Google Pay, which will be used for transactions between businesses and users, thereby expanding the reach of Google’s payment service.

Internally dubbed as Project Cruiser, the initiative has been in works since last year and it is led by Google’s Next Billion Users team, sources said. Executives from the company have reached out to several businesses in India in recent months to coax them into coming on board, they added.

The platform, if incorporated by developers into their apps, will allow app developers to incentivize users to perform certain actions in their app in a “scalable” fashion. For example, placing their first order, invite friends or adding a payment method, will all result in users earning a small sum of money. In a pitch, Google executives have described these actions as “north star” metrics — something that the company believes its current products do not currently offer.

A Google spokesperson declined to comment on the specifics of Project Cruiser, but said, “We’re always looking at ways to serve the next billion users better, but we have nothing to share at this point.”

Part of the rationale behind the project is to help businesses retain customers. A growing number of users are deleting new apps not long after installing them, the company executives have told prospective partners in pitches.

This cash-laden approach of using incentives to fuel engagement is a departure from how Google has typically urged developers to drive engagement on their apps: by building a high-quality experience that uses triggers like notifications in a responsible manner.

The company has an additional incentive at play. It has told developers that all rewards on the app will be bandied through Google Pay. That said, one source told TechCrunch that there is a plan to support other payment options from third parties at a later stage, a move that is likely to appease claims of platform abuse. The company has, interestingly, also committed to not take a cut of Google Pay revenue generated from developers through the initiative.

Google has been aggressively pushing the adoption of Google Pay in India, a market where digital payment services have grown exponentially in recent years. The app, initially launched in India as Google Tez in 2017, is the first service from Google to offer users actual money — in the form of cashback — to spur engagement. Late last year, Google ran a promotional campaign that offered Duo video chat users in India up to Rs 1,000 ($14) for inviting friends to the app.

India has emerged as a crucial growth market for Google, which is increasingly looking at developing nations to search for new users and revenue. The U.S. firm clocked $1.4 billion in revenue in India in the fiscal year ending in March 2018, filings show, and the wider Asian region recently became its fastest-growing geography for sales.

In its quest to hold a core position in India, Google has launched a number of services to better serve the needs of users in India and other emerging markets, including data-friendly YouTube Go and Android Go apps. It also funds free Wi-Fi connectivity at 400 railway stations in India, a project that graduated to become Google Stations for several other markets.

Beyond infrastructure level plays, it has conjured up bespoke products in India. Those include tools to help small and medium businesses in India establish an online presence, as well as a neighborhood app, a literacy app and a concierge service. It also acquired popular app ‘Where Is My Train’ as part of a wider transportation data play.

“We’ve learnt that when we solve for a place like India, we solve for everyone around the world,” Sundar Pichai, CEO of Google, said at an event in New Delhi in 2017.

Google’s user-engagement initiative is potentially a tough development for independent mobile wallets such as Paytm and Mobikwik. Although there’s the potential to add their support later, Project Cruiser promises to give Google Pay a massive boost by tapping into India’s digital cashback culture.

That’s sure to make it an additional concern to those who are increasingly wary of Google’s influence in digital India. Just last month, the Competition Commission of India (CCI) opened an investigation into the alleged abuse of Android’s domination market position.