Asus ZenFone 6 vs Samsung Galaxy S10: a flipping camera or a punch-hole display

The Asus ZenFone series has been around for half a decade. We would not be surprised to hear that some of you have not realized Asus makes phones, though.

Its ZenFone 6 is the one of most concerted efforts to change that since the series began in 2014. It’s a high-end, mid-price phone that wants to attract a few would-be Samsung Galaxy S10 owners.

It costs significantly less and has an eye-catching motorized camera that flips between roles as the main and selfie snapper. The Samsung Galaxy S10 can seem conservative next to it.

How do the two phones really compare? Let’s take a closer look. 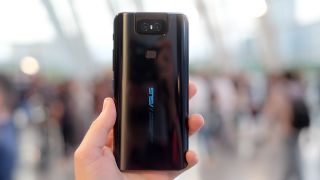 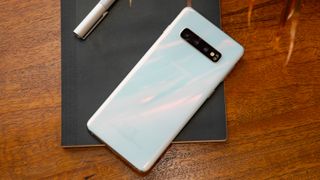 Glass and metal sandwiches are like, well, ham and cheese sandwiches.

The Samsung Galaxy S10 is one of the definitive examples of this in action. It has a dramatically curved glass front, which makes what small bezels exist seem to melt into the phone’s sides.

Asus’s ZenFone 6 is a little different. It front is much flatter. This style is often used by challenger manufacturers who want to make lower-cost Galaxy S10 (and co) alternatives.

News flash: flat glass is cheaper to produce and employ than the curved stuff. The ZenFone 6’s screen surrounds are still petite, but aren’t quite as slick-looking as Samsung’s.

In person the Galaxy seems a little more sophisticated and expensive. The ZenFone 6’s rear glass is curved, though, and the sides are aluminium. It still seems a swish, high-end mobile.

Other hardware features are similarly mixed. The Asus ZenFone 5 has a headphone jack. Samsung’s Galaxy S10 doesn’t. The S10 has IP68 water resistance, the Asus does not. 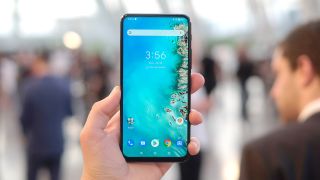 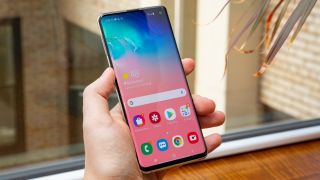 The Samsung Galaxy S10 and Asus ZenFone 6 screens are a little different too. You get a 6.1-inch display in the Samsung, a slightly larger 6.4-incher in the Asus. The real display differences aren’t about inch counts, though.

Samsung uses a punch hole in the Galaxy S10. There’s a little hole in the display layer to accommodate the selfie camera. It’s like a notch, but is even more economical.

Do you notice a black hole more than the black alcove of a notch? Perhaps you will.

Asus’s ZenFone 6 gets around this. There are no notches or holes. The phone has no dedicated selfie camera. Its rear camera sits on a motorized hinge that flips around when you need a front camera, leaving the screen uninterrupted. It’s rather nice.

Look close up and you can see the difference. But it’s not a night-and-day difference, viewed the distance you hold your phone.

The underlying tech varies too. Samsung uses a Super AMOLED panel (made by Samsung Display), Asus a high-quality LCD. OLED wins this fight, with better contrast and viewing angles, although the ZenFone 6’s color saturation is good for an LCD.

Some versions of the Samsung Galaxy S10 use the same processor as the Asus ZenFone 6, but not all.

Samsung splits the S10 line-up across countries. In the UK, the rest of Europe and the wider EMEA region, the phone has a Samsung-made Exynos 9820 processor. The US and China versions have a Snapdragon 855.

It’s this Snapdragon 855 you get in the Asus ZenFone 6. Which CPU would we pick? The Qualcomm Snapdragon 855. It’s more battery-efficient, and has a faster graphics chipset.

For power-per-penny, the Asus ZenFone 6 wins this fight.

It also, surprisingly, is the phone to go for if you want a pure Android experience. The ZenFone 6 has a custom interface called ZenUI 6, but it looks and feels very similar to vanilla Android.

The Galaxy S10 has Samsung’s custom UI. It looks distinct, with a more specific visual flavor. We’re fans of both the Samsung look and a classic Android style. Trust your eyes on this one. 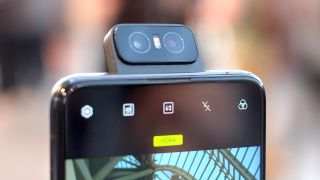 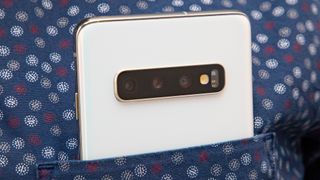 In early-mid 2019 at least, the Asus ZenFone 6’s motorized camera seems the most dynamic part of either of these phones. It has a camera duo that doubles as the selfie and standard camera array.

As such it’s different to the Oppo Reno and OnePlus 7 Pro, which have dedicated front cameras that emerge from the top of the frame.

The Samsung Galaxy S10 looks conservative by comparison. It has one front camera and three rear ones, but they are all fixed to the frame. No motion here.

Look a little deeper and you’ll see the Galaxy has its own compelling features. Its main camera has a dual aperture lens. It’s f/1.5 in low light, f/2.4 in bright sunlight.

When the Asus ZenFone 6 has a 48-megapixel camera, applying a little digital zoom doesn’t sound like a bad idea. However, in our experience the IMX586 sensor used here (and in several 2019 phones) does not tend to render much more useful image data at 48-megapixel resolution than it does at 12MP. We’d still rather have a proper “optical” zoom.

This sensor is designed to “pixel bin”, where four pixels on the sensor create one in the actual image.

Look out for more Asus ZenFone 6 camera insights in our upcoming full review. We have doubts as to whether it can really beat the lovely Galaxy S10 rig, but for the price it has the potential to be a little stormer.

In some areas, Samsung’s years of fine-tuning and the higher overall cost may see the Galaxy S10 beat the ZenFone 6. But Asus has the jump on battery power.

The ZenFone 6 has a massive 5000mAh battery. Asus says it lasts two “non-stop use” days, or for 33.3 hours of calls. We can’t think of anyone we’d want to talk to for that long, though.

If we can’t get it to last a full two days of normal use, we’ll be gravely disappointed.

This is particularly important if you live in the UK or Europe. The version of the Samsung Galaxy S10 sold there is the Exynos variety, and its longevity is disappointing.

You can drain its 3400mAh battery fairly easily in a day.  It’s one key reason for heavy users to consider the Asus.

Both phones have fast charging, although the Asus’s will likely take significantly longer to recharge thanks to its huge capacity. Want wireless charging? Better buy a Galaxy S10 because the Asus ZenFone 6 does not have this feature. 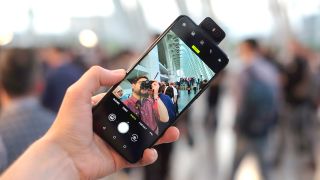 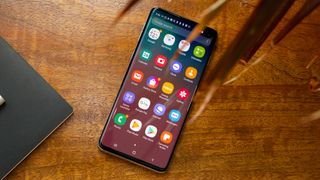 The Asus ZenFone 6 is a stranger phone than the Galaxy S10. No doubt about that.

But some of you may find it easier to live with too, particularly if you’d end up with the lower-stamina Exynos version of Samsung’s flagship. Its 5000mAh battery should last like few others.

The Asus ZenFone 6’s flip-around camera is bizarre even by the standards of motorized cameras, but at the least it’s a conversation piece. And it has real benefits for regular vloggers too.

Would we pick it over the Galaxy S10 if they were the same price? No, most likely not. But it has cost on its side too, making it an interesting choice for the more ambitious phone buyer.