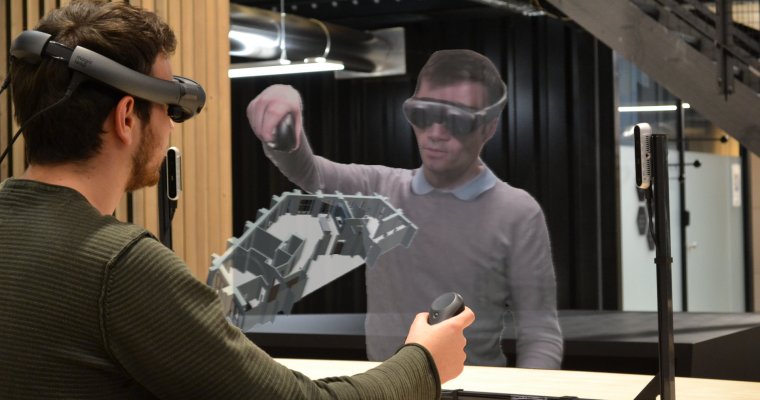 Princess Leia’s hologram message to Obi-Wan is getting closer to reality, at least augmented reality.

Magic Leap announced yesterday that they’ve agreed to acquire Belgian startup Mimesys. The team has been working on bringing Star Wars-esque volumetric video calls to the Magic Leap platform, and it seems that the Florida AR startup liked what they were developing. We didn’t get any details on deal terms.

The team is joining Magic Leap but will continue to service their enterprise clients including BNP Paribas and Orange, according to their website. The startup first showed off their video conferencing tech at CES this year, which allows someone in a Magic Leap One headset to visualize a 3D representation of a person during a “video” call.

Volumetric video can be fairly fickle, the solution Mimesys has been going after relied on Intel’s RealSense depth cameras to collect and stitch footage on PCs locally then stream it to a user’s headset. As is the case with almost all volumetric video footage, Mimesys’s early work appeared to suffer from some noisiness, though this acquisition makes one wonders whether Magic Leap will end up creating their own external depth camera hardware to appeal to enterprise customers.

It seems that almost every new platform promises to revolutionize video calls and yet hangups continue because its one of the more high-bandwidth activities we regularly do. This is only going to be more difficult in AR since you’re sending live 3D footage of people through the internet tubes. Like much of what Magic Leap is promising, the feasibility of pulling this off likely relies in no small part to 5G tech proliferating.