Microsoft and Sony to collaborate on game-streaming technology together 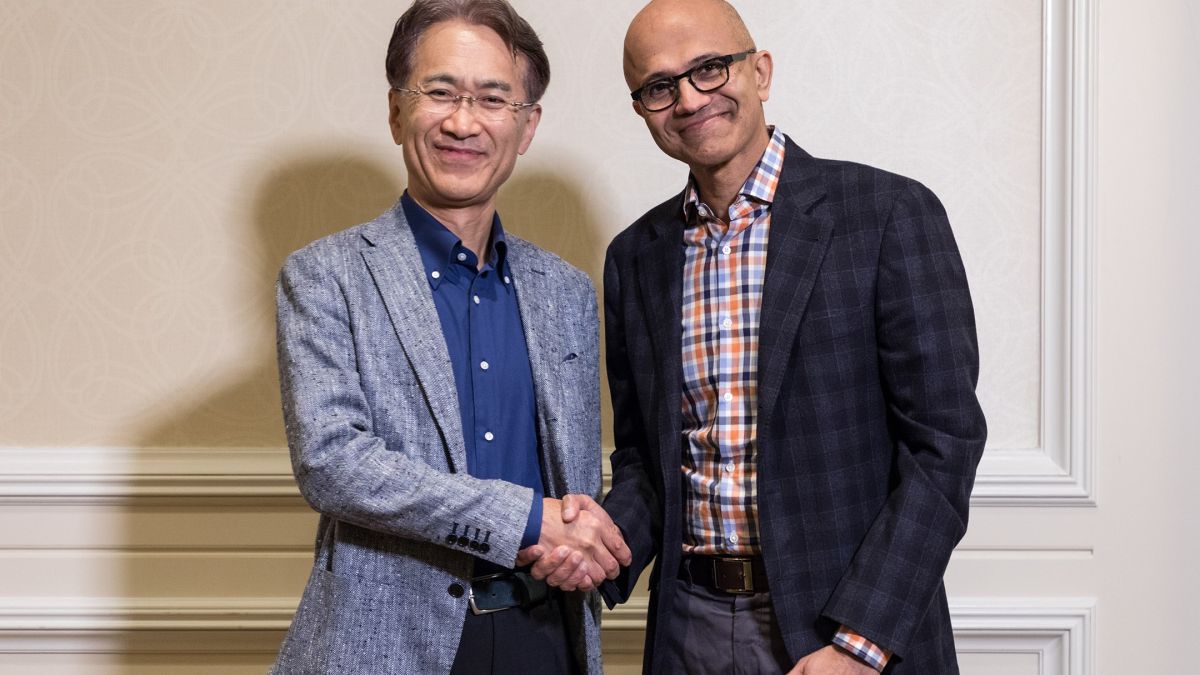 Microsoft is helping Sony on its next game console – or at least the game-streaming service that will be running on it: Microsoft CEO Satya Nadella and Sony CEO Kenichiro Yoshida today announced their partnership and the pair’s plans to work together on game-streaming and artificial intelligence.

The cornerstone of the partnership is Microsoft’s Azure cloud technology that currently powers a huge number of web applications and streaming services – which both Sony and Microsoft will continue to explore in the future.

“Under the memorandum of understanding signed by the parties, the two companies will explore joint development of future cloud solutions in Microsoft Azure to support their respective game and content-streaming services,” Microsoft said in a blog post today.

“In addition, the two companies will explore the use of current Microsoft Azure datacenter-based solutions for Sony’s game and content-streaming services.”

The enemy of my enemy is my friend

Why is this happening?  The short answer is that Sony is looking for help developing new technology for its cloud gaming service PlayStation Now and Microsoft knows a thing or two about cloud data centers.

Moreover, although Sony and Microsoft have always been at ends when it comes to gaming hardware, the two now face a larger foe in the game-streaming arena: Google Stadia. The worry is that, when it arrives, Stadia could usurp Sony’s throne and smother Microsoft’s Project X Cloud service before it gets off the ground.

That’s what this partnership is trying to prevent.

“For Sony to scale its offering in a similar way promised by Microsoft with Project X Cloud and Google with Stadia, it needs to partner to compete.”
Piers Harding-Rolls

According to the Director of Games Research & Lead AR/VR Analyst at IHS Markit, Piers Harding-Rolls, the partnership is about putting differences aside to create a more competitive product.

“While Sony with its PS Now service is the biggest cloud gaming operator globally with 36% share of the $387 million world cloud gaming market in 2018, it is exposed in terms of cloud infrastructure and service delivery,” Harding-Rolls said in an email to TechRadar. “For Sony to scale its offering in a similar way promised by Microsoft with Project X Cloud and Google with Stadia, it needs to partner to compete.”

That said, while the cornerstone of the partnership clearly seems to be Microsoft’s Azure platform, the two companies will also be working together on AI developments and new semiconductors to be used in enterprise business solutions.

I hope that in the areas of semiconductors and AI, leveraging each company’s cutting-edge technology in a mutually complementary way will lead to the creation of new value for society.
Kenichiro Yoshida

In an example listed in Microsoft’s blog post, pairing Sony’s semiconductors with Microsoft’s AI tech could “provide highly intuitive and user-friendly AI experiences” in new devices. Though it’s unclear what kind of devices those would be, and which company gets to release them.

“We collaborate closely with a multitude of content creators that capture the imagination of people around the world, and through our cutting-edge technology, we provide the tools to bring their dreams and vision to reality,” said Kenichiro Yoshida, president and CEO of Sony. “Additionally, I hope that in the areas of semiconductors and AI, leveraging each company’s cutting-edge technology in a mutually complementary way will lead to the creation of new value for society.”

…just don’t expect a Microsoft PS5 out of this

What Microsoft and Sony are making clear here is that – even though they’ll pool resources for cloud gaming infrastructure research – the pair will continue to work separately on their own gaming hardware.

What that means is that the PS5 will still be developed and produced entirely by Sony and the next Xbox will be made entirely by Microsoft but both could be using the same server infrastructure for their respective game-streaming services.

And, considering what Google has planned with Stadia, Sony and Microsoft are going to need all the help they can get.