Following Intel Comet Lake can be a pain, much like the successor to any other platform from Team Blue (looking at you, Cannon Lake). Over the last couple of years we’ve probably seen a dozen Intel ‘Lakes’ come and go, but it looks like Comet Lake will take over as the next mainstream platform for desktop and laptops.

Then the supposed roadmaps started leaking out, and it looks like Comet Lake will be the next mainstream processors. We don’t have any official details, of course, but we do have enough to do some educated speculation about Intel Comet Lake’s release date, specs and price.

So, be sure to keep this page bookmarked, and we’ll update it with any information that comes our way. 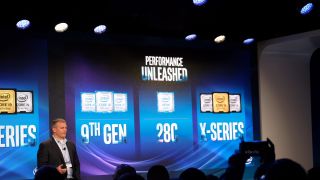 For the last few years, we’ve seen Intel’s mainstream platforms launch around October. Coffee Lake Refresh went up for preorder on October 19, 2018, preceded by Coffee Lake’s launch around the same time last year. However, according to leaked roadmaps spotted by Tweakers, Comet Lake might not follow precedent and launch in October.

These roadmaps suggest that the Comet Lake launch will be pushed back to early 2020, so we might even see these processors announced at CES 2020.

The only problem with this theory is that we’re expecting Ryzen 3rd Generation to launch in Q3 2019, which would give AMD a huge leg up over Intel if Team Blue doesn’t have any desktop chips to offer until next year.

Computex 2019 is right around the corner, so maybe Intel will surprise us all with a Comet Lake announcement, followed by a release this fall. We wouldn’t bet on it, though. 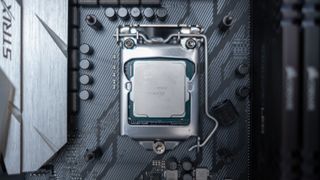 Now, obviously we don’t have official pricing information for Intel Comet Lake processors, but we can do a bit of speculation based on previous generations of desktop processors. Coffee Lake Refresh saw the prices go up a little bit from Coffee Lake, but the differences were pretty negligible – just $20 (£30, AU$135) from the Intel Core i7-8700K to the i7-9700K. Below, we went ahead and listed the pricing of Coffee Lake Refresh’s desktop offerings, but we could see prices go up or down (probably up) when Comet Lake is actually announced. 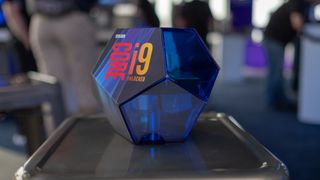 Because we’re so far out from Intel Comet Lake seeing the light of day, we don’t know what it’ll actually be capable of. But, don’t worry, we have plenty of rumors to fuel some speculation.

One of the most common threads among Comet Lake rumors is the fact that we’re going to see up to 10-core 20-thread desktop chips. We’re going to go ahead and assume that if this is true, this 10-core 20-thread processor will be the follow up to the Intel Core i9-9900K, with a 10-core single threaded chip taking over the Core i7-9700K’s slot.

Comet Lake is also rumored to be yet another iteration of Intel’s 14nm FinFet manufacturing process. If this is true, we wouldn’t expect much improvement in the way of power efficiency, and thermals will probably start to ramp up. And, in the face of AMD’s processors getting down to a 7nm process, Comet Lake on 14nm would be pretty disappointing.

But, Comet Lake isn’t just about desktop, there are also rumored mobile chips. And, we’ve seen some leaked benchmarks for an Intel Core i5-10210U on GFXBench, along with some Geekbench results spotted by Notebook Check – though the Geekbench results have been taken down.

This U-series chip looks to be a 15W 4-core, 8-thread processor with a 1.6GHz base clock. We don’t see any boost clocks, but we expect it’s a bit higher than comparable 8th-gen Ultrabook chips.

And, well, the results of these benchmarks are less than stellar. They absolutely are better than what, say, the Whiskey Lake i5-8565U can do, but they don’t blow it out of the water like we’d expect from a generational leap. Still, this is early days, so we’d take these leaked benchmark results with a grain of salt.

Beyond core counts and clock speeds however, we’re not sure what else will get baked into Comet Lake. We’ll probably see things like PCIe 4.0 support and maybe faster RAM, but none of that is clear yet. As Comet Lake gets closer to a release, we’ll probably see more substantial feature information.