nreal unveils consumer and developer versions of its AR smartglasses 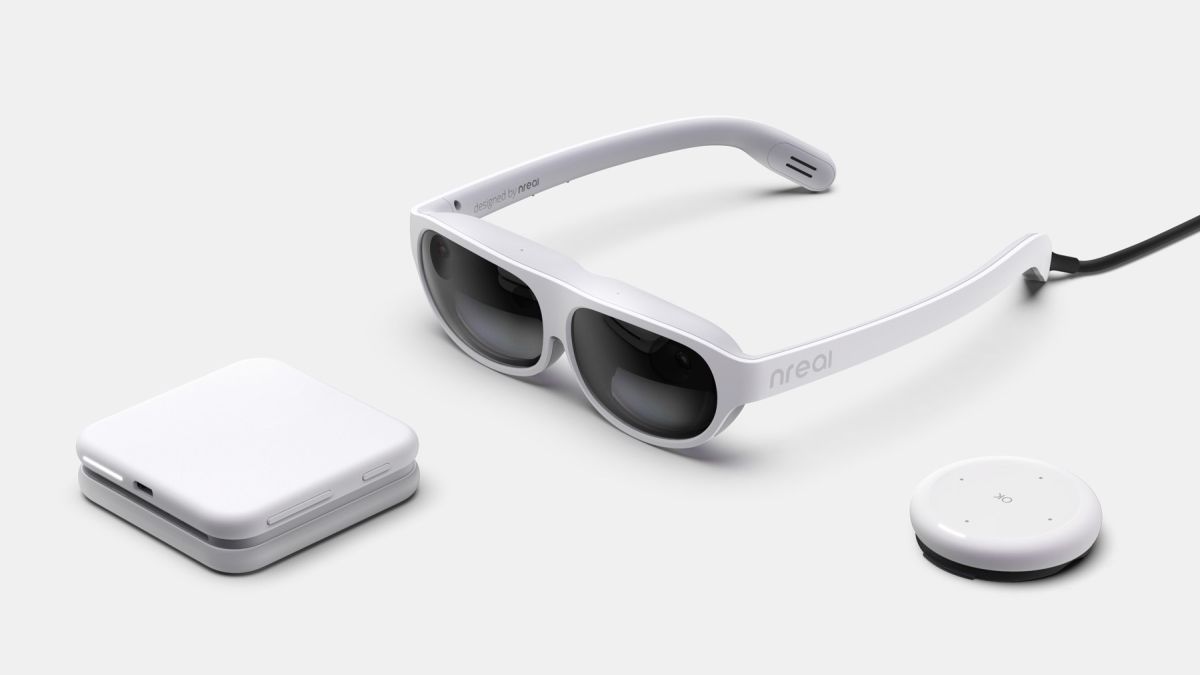 First unveiled at CES this year, the nreal light augmented reality smartglasses are now available in both a consumer and developer edition.

The company has managed to bring AR smartglasses to the masses in a simple, yet wearable sunglass-like design that is much more approachable than Google Glass was when it launched in 2014.

The nreal light Consumer Kit will retail for $499 and includes one pair of the company’s smartglasses that can be connected via a USB-C cable directly to compatible ‘XR optimized devices’. The device itself is powered by the Qualcomm Snapdragon 855 Mobile Platform and allows users to enjoy immersive content on the go.

Head of XR at Qualcomm Technologies, Hugo Swart explained how the company worked together with nreal to ensure Snapdragon smartphone support, saying:

“nreal light provides a light-weight XR Viewer that allows consumers to take advantage of 5G including high bandwidth and low latency to deliver immersive experiences virtually anywhere. We worked closely with nreal to ensure Snapdragon smartphone compatibility and ecosystem integration to transform the way people connect and consume entertainment, and to further advance XR to make it the next generation of mobile computing.”

Nreal has partnered with a number of carriers worldwide to offer 5G services for its smartglasses including China Mobile, China Telecom, China Unicom, KT, LG Uplus, Softbank and Swisscom.

Developers looking to create applications and experiences for the platform can do so using the nreal light Developer Kit which includes a pair of nreal light glasses, a 3 DoF controller and the company’s proprietary computing pack for $1,199.

Interested developers can apply on nreal’s website where they will be prompted to fill in information regarding their previous development projects and project ideas for the device. Developers will be selected on a rolling basis to purchase the nreal light Developer kit which will begin shipping in September.

Nreal will also provide developers with an SDK which can be used to migrate existing applications to the platform or to create new ones.

TechRadar Pro reached out to nreal and a spokesperson for the company informed us that an enterprise edition of the nreal light is also in the works which will feature a Qualcomm 845 chip.