From the Samsung Galaxy S10 5G to the OnePlus 7 Pro 5G and beyond, the first 5G phones are now here.

Alongside them, the first 5G networks are finally being switched on – albeit only on a small scale so far.

If you live somewhere where 5G is available it could be worth signing up, as it’s much faster than 4G, offering lower latency and lots of other benefits besides speedy connections.

It’s the next generation of mobile technology, set to leave 4G in the past, thanks to faster downloads, smoother streaming and more. But it’s not just speed that it has on its side, it will also open up whole new use cases that just weren’t possible or practical on 4G.

Some of the best uses for 5G may not even have been thought up yet, but for ten exciting ones that we already know about, read on. 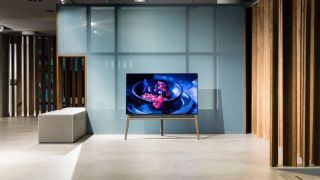 Streaming 4K video isn’t something that many people do over 4G. With 5G, however, it should be possible to take a giant leap forward and stream video in 8K quality, without having to wait for it to buffer.

This is an obvious example of the advantages provided by the greater speeds of 5G – because data can be transferred faster, it’s possible to transfer more in the same amount of time, meaning that you can stream in far higher qualities with no noticeable difference in how fast and smoothly the footage is delivered.

Of course, we don’t yet have phones or even TVs that would be able to take advantage of this, but we expect they’ll be on the way soon now that the tech is there for it. In fact, Huawei has already announced plans for an 8K 5G TV. 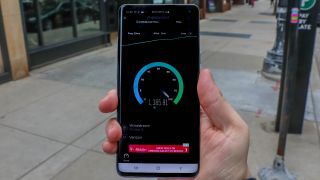 2. Huge downloads in a flash

As well as streaming in higher resolutions, you’ll be able to download content far faster over 5G, which will make downloading 8K movies more viable. Technically, you could download them over a 4G or even 3G connection, but it would be extremely slow.

Plus, the extra speed of 5G will help make any large downloads more viable, which could also mean bigger games and apps, with better graphics and more features. So you might want to make sure you have a phone with plenty of storage going forward. 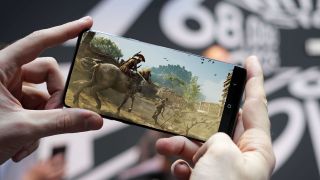 3. Console-quality online gaming with no lag

Online gaming over a mobile network isn’t always ideal – not just because of speed, but also latency. Latency is the time it takes for the network to respond to a request, and it should be a lot quicker with 5G.

This means that when you input a command in a game it will happen instantly, so you won’t miss out on crucial kills because of lag.

Online games themselves could become more detailed and closer to console quality, since higher network speeds will help cope with multiple players in these worlds.

There will also be the potential for the games themselves to be streamed, leveraging the power of 5G to handle the heavy lifting in the cloud, allowing for higher end games than your phone might otherwise be capable of – this is along the lines of what Google Stadia is set to do. 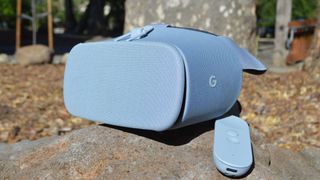 5G could take mobile VR to the next level. (Image credit: TechRadar)

Speaking of streaming games, the sky really is the limit once you move processing to the cloud, which 5G will help to enable.

We won’t just be looking at console-quality games, but potentially also richly detailed VR games, way beyond what the likes of Google Daydream or maybe even PlayStation VR are capable of, all played on a phone or even just a headset with no real computing capabilities built in. 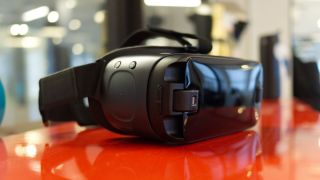 5G and VR could bring you closer to the action. (Image credit: TechRadar)

Getting closer to live sporting events and concerts through VR isn’t a totally new concept, but it’s still very rare and usually requires a speedy home internet connection to achieve. However, with 5G you should be able to strap on a mobile VR headset and get front row seats wherever you are.

Live streaming events in VR over 5G has the potential to bring these events to life in a whole new way, and makes the idea of splashing out on tickets to be there in person suddenly seem far less appealing. 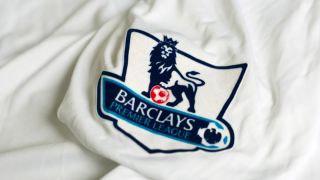 With 5G, it won’t just be big live events that get broadcast. (Image credit: Shutterstock)

It’s not just about mobile phones; 5G could also lead to far more live events being broadcast on TV. With current broadcast technology, companies are limited by lower speeds out in the field and/or massive equipment, such as broadcast trucks.

With 5G, the speed and portability of equipment can both be massively increased, meaning it will be viable and affordable to broadcast more niche events. Suddenly, you might be able to watch every football match rather than just the bigger games, while broadcasting live concerts could become the standard, rather than a rarity.

Red Bee Media, a broadcasting services company, has argued that this ability to broadcast more live events will help traditional broadcasters compete with on-demand services like Netflix. In other words, there might be life in linear TV yet. 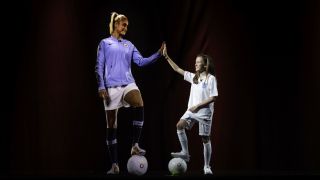 You can already make video calls, but how about holographic calls? It’s something Vodafone has already successfully carried out over 5G.

While there are more technologies involved than just 5G itself, it could one day mean that you could virtually be in the same room as the person you’re talking to, making the world feel ever smaller and hopefully bringing people ever closer together, too. 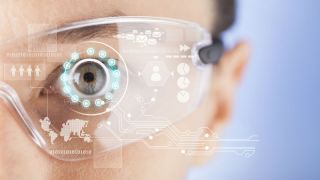 Get ready for an augmented future. (Image credit: Shutterstock)

Augmented reality is a technology we’ve seen a lot of over the last few years, but it’s still in the very early stages. 5G could change that.

With the high speeds and low latency offered, it will be able to augment reality in bigger ways than is possible on 4G. In the future you might  even see completely personalized billboard adverts projected through your car’s windscreen or your smart glasses.

Speaking of cars, 5G could potentially enable features like navigation instructions overlaid on the road when viewed through a smart windscreen. Those are just two examples, but AR clearly has a lot more to it than just Pokémon Go. 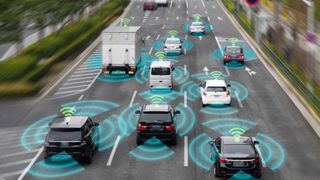 We could all have self-driving cars before too long. (Image credit: Shutterstock)

5G could be the key to making self-driving cars commonplace. For them to work most effectively they need to be able to rapidly send and receive data to and from other cars, smart roads and more, which requires a speedy network, low latency, lots of bandwidth and high reliability. 5G promises all of that. 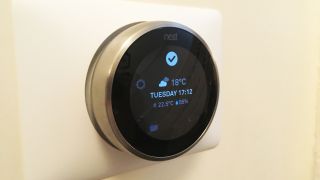 One thing the speed and bandwidth of 5G could really help with is the Internet of Things (IoT). Although we’re already seeing the beginnings of this, with everything from smart thermostats to smart lights appearing in people’s homes, 5G should provide the capacity needed to make nearly every connected home smart.

And it won’t just be homes. We should start seeing truly smart towns and cities powered by 5G. This would mean cities with the ability to monitor pollution, traffic, pedestrian flow, energy use and more, all in real-time.

This in turn could cut resource use and costs, for example by allowing street lights to automatically dim when there’s no one around – leading to leaner, greener urban areas. If you think the world is connected now, you ain’t seen nothing yet.