How to Stream the 2019 Women’s World Cup for Free 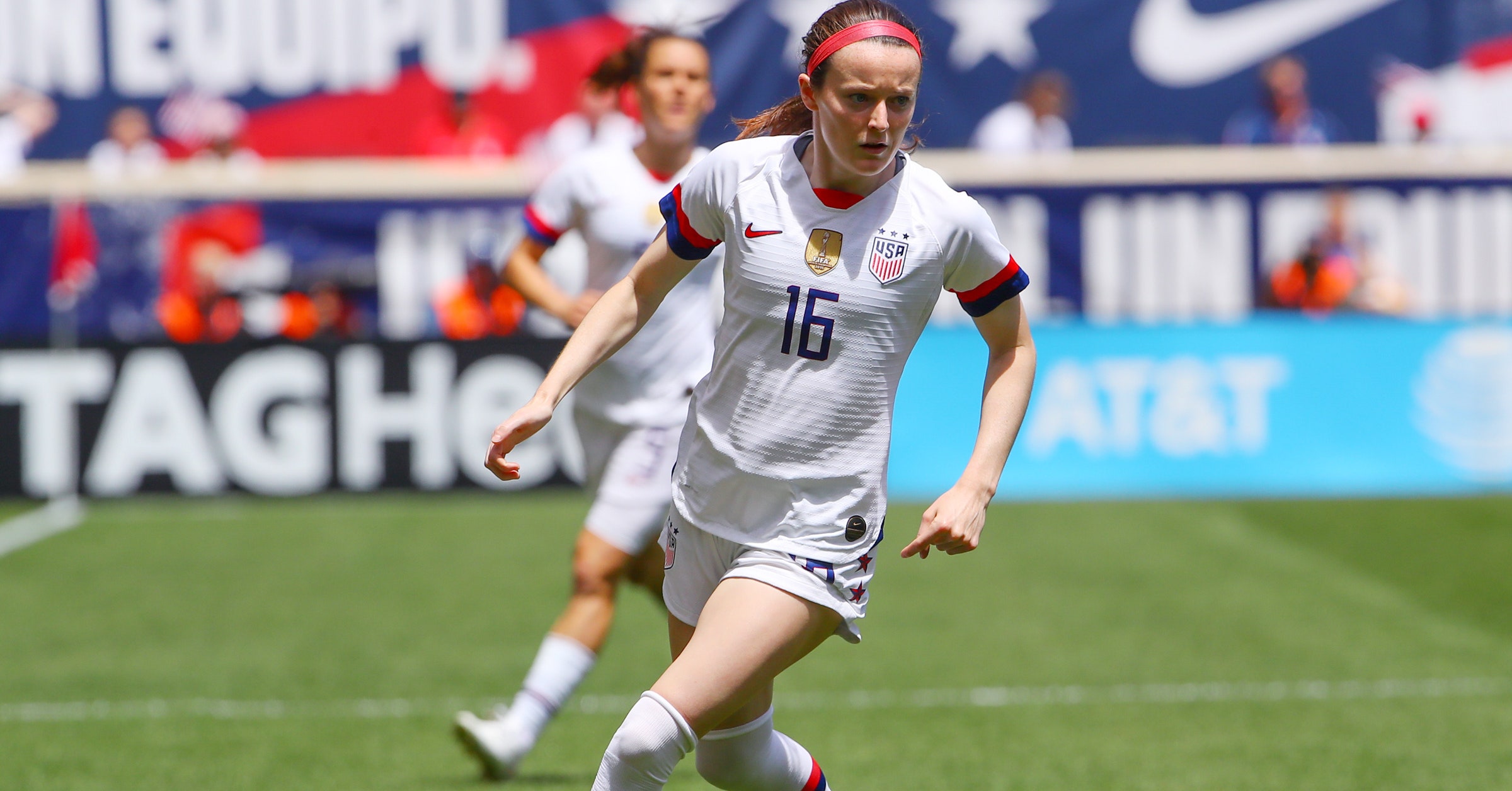 The 2019 World Cup kicks off this Friday at 3pm ET, when the host nation of France takes on the Korea Republic in the tournament’s opening match. Team USA is on a mission to defend their title, but this is no walk in the park. While the US still fields a strong squad, the rest of the women’s soccer world is catching up—fast. You’ll want to watch, and we want to help you.

A record 62 broadcasters from around the world are going to air the tournament this year, according to FIFA. In the US, the licensed broadcasters are Fox Sports and Telemundo. Fox Sports will stream live coverage on the Fox Sports website and the Fox Sports app. The matches will also be available in Spanish at TelemundoDeportes.com, and on the Telemundo Deportes and NBC Sports apps. Whichever you choose, you’ll need a pay TV subscription to watch. For cord-cutters, that means using a live TV service, which can cost anywhere from $15 to $55 or more a month.

I know, I know: the headline said “free.” But don’t fire off that angry tweet just yet. You can sign up for a free trial: most providers will let you test out their service for a week, no charge.

True, a single seven-day trial isn’t going to cover you for the entire 31-day tournament. But the great thing about having multiple options in today’s streaming marketplace is that no one can prevent you from using five free trials to get you from kick-off this Friday to the final match on July 7.

There are, of course, a few caveats.

First, these free-trial offers are only for new customers. If you paid for Hulu + Live TV in the past, but stopped your subscription, you can’t just pick it back up with the free week perk. This also means that you can’t pull this particular stunt again, either—if there’s another month-long TV extravaganza you want to watch for free, you have some tough decisions to make.

Second… look, you’re going to need to stay on top of things here. Forget to cancel before the free trial ends, and you’re on the hook for as much as $55 that month, depending on the plan. So if remembering things isn’t your strong suit, this strategy might not be for you. And if you still want to forge ahead with the freebies, do whatever it takes to make sure you stay on track. Set alarms, create push notifications, write sticky notes, tattoo it on your face. I’m saying it now: If you mess this up, you have only yourself to blame.

And finally, thanks to the byzantine state of local broadcasting rights, things can get a little tricky with the Fox and Telemundo broadcast channels. Depending on where you live, you might not have access to live sports broadcasts on those two networks. Fortunately, every service has some sort of tool to check what exactly is available in your zip code—make sure you use it.

With that out of the way, let the mooch-watching begin.

How to Watch for Free

Twenty-four teams playing 52 matches over 31 days—the 2019 World Cup is going to be fun. It all starts on Friday, June 7, when Les Bleues takes on Korea in Paris. Kick-off is 3 pm ET (noon PT) on FS1 and Telemundo. You can find the entire tournament schedule on FIFA’s website.

We start with DirectTV Now, signing up for a free seven-day trial with the Plus package, which is normally $50 a month for 45-plus channels. It includes Fox, FS1, and Telemundo. The seven-day trial will cover you for Team USA’s first group-stage match, against Thailand, on Tuesday, June 11, at 3 pm ET on Fox. When the final whistle blows for South Africa v. China on Thursday, June 13, you’ll want to cancel your subscription.

Wake up early on Friday, June 14, because you need to sign up for Hulu Live TV before Japan vs. Scotland kicks off at 9 am ET on FS1. You’ll get another seven days to watch soccer for free; after that, Hulu costs $45 a month for 60-plus channels. This gets you through to the last day of group stage matches, on June 20. After the final whistle blows on USA vs. Sweden (3 pm ET, Fox), it’s time for you—and hopefully the USWNT—to move on to the next round. Cancel your Hulu subscription.

Congrats. You’ve made it to Friday, and a crucial rest day for the 16 teams that made it out of the group stage. No need to sign up for a TV service today (although if you do, it’s not the end of the world). Take that time to hang out with friends, or make sure your credit card hasn’t been charged for any unwanted subscription services.

The knockout stage starts Saturday, June 22, and so does your free trial with PlayStation Vue, which works not just on the gaming console but across Apple TV, Roku, and Fire TV. You can select the Access package, which gives you Fox, FS1, FS2, and Telemundo for $45 a month. But first there’s the free trial, although please note that it is only five days long, not seven. And you’ll only really need to use it for four days, since your last day on it, June 26, is another rest day.

On June 27, the quarterfinals begin, and you begin your next service. Let’s go with Fubo TV, a sports-oriented service that offers over 100 channels for $55 a month. It also offers a seven-day trial. That will take you through Wednesday, July 3, and the entire semifinal round.

July 4 is another rest day (and a national holiday). Now we’re in the home stretch. After the fireworks are over, you’ll want to sign up for YouTube TV. There’s just one package currently on offer: over 70 channels, including Fox, FS1, FS2, Telemundo, and Universo, for $50 a month. You can test it out for free for five days, which is way more than you need because there are just two matches left! The match for third place is on Saturday, July 6, at 11 am ET. And then, after a glorious month of soccer, the final match will take place the next day, July 7; kick-off is at 11 am ET.

And that’s it, you did it. You streamed the World Cup for free. And you got to test out a lot of different TV services, which is good because unless the free-trial rules change in the near future or a bunch of new services pop up, you won’t be able to do this again.

You may have noticed that I left out Sling TV from this strategy, and it’s simply because Sling appears to not offer any free trial at this time. That said, you can get Fox, FS1, and FS2 in the Sling Blue package for just $15 a month. Sling does not currently have Telemundo, but you can get Universo in its “Best of Spanish” package for $10 a month.

First, you don’t need to follow this exact order of services. The only thing you need to keep in mind is that, if you want to watch every single match in English, you will need to have FS2 on June 15 and June 18; that channel airs one match on each of those days. DirectTV is the only service that doesn’t carry FS2, so if you get that out of the way first, you don’t even have to think about it. The rest of the tournament airs on either Fox (for 22 matches, including all of Team USA’s group stage appearances) or FS1 (27 matches).

The Spanish language broadcasts are split between Telemundo, which will air 21 matches, and Universo, which will air 24. Seven matches are going to air exclusively on the Telemundo Deportes app. But it might be easiest to plan on watching all the matches through the apps. Except for YouTube TV, where it’s included in the primary package, Universo is usually an add-on to the streaming services. You can still use it during a free trial, so it can be done—it’s just one more thing to remember at sign-up.

Second, and I cannot stress this enough, remember to make sure that any service’s Fox or Telemundo channels are able to broadcast live sports events in your location.

If juggling free trials isn’t for you, there are plenty of other ways to get in on World Cup action this summer. Fox and Twitter are partnering again this year to live stream tournament coverage. Most notably, the Fox Sports Twitter feed will post every single goal that gets scored, shortly after it happens. (FIFA is notoriously aggressive about enforcing its copyright on social media, so this is a big deal.)

You could also use a digital antenna to pick up Fox’s broadcast network signal, which would at least give you 22 matches, including the final. My colleague Jeffrey Van Camp recommended this antenna for watching the Super Bowl earlier this year, and it’s still a solid option at less than $30. This model is recommended by The Wirecutter.

And if all else fails, you can always go for the tried-and-true soccer-watching experience: Find a local sports bar that’s showing the tournament, say goodbye to the concept of personal space for a few hours, and get ready to watch the best women’s World Cup yet.