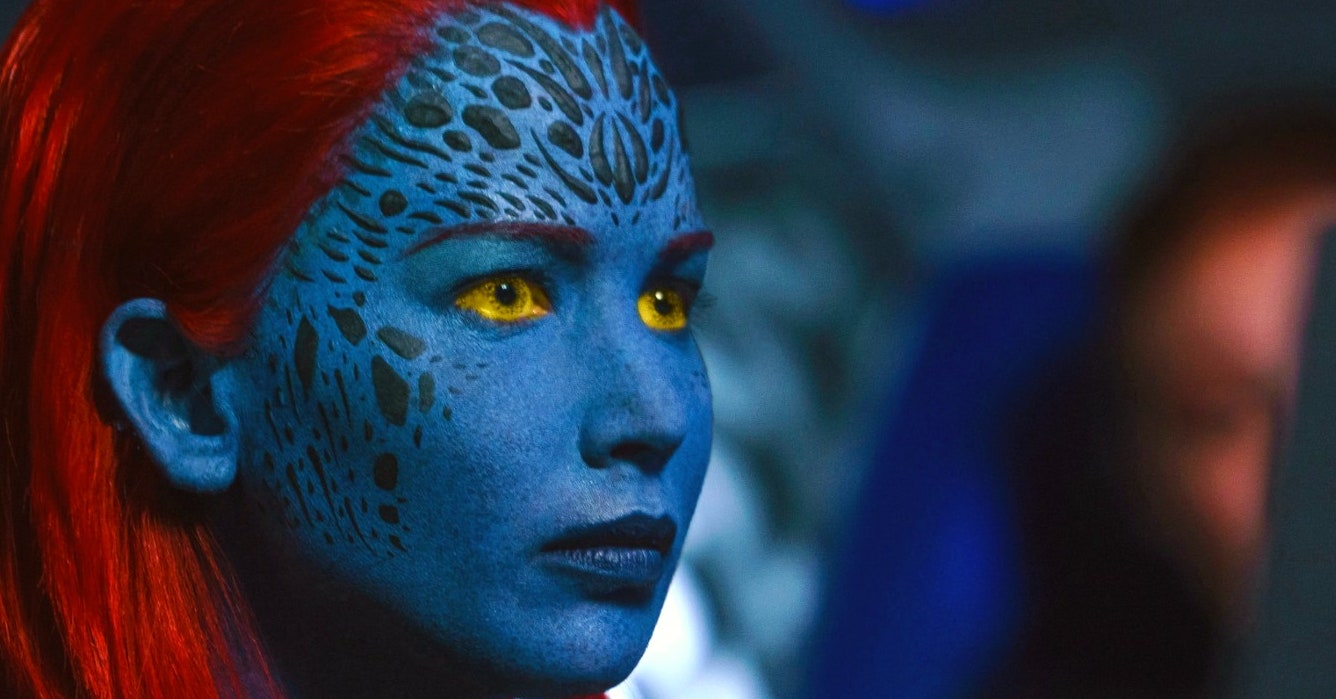 The 1990s were a weird time if you liked comic books. A speculation boom and subsequent bust wiped away shops and publishers alike, and even Marvel—yes, Marvel—filed for bankruptcy in 1996. Yet the 1990s were even weirder if you wanted to see comic books on the big screen. Dick Tracy. The Rocketeer. The Phantom. Spawn. Judge Dredd. Jim Carrey in The Mask. Wesley Snipes as Blade. Even the Batman saga, which Tim Burton had kicked off with such promise, sputtered into garish weirdness. By 1999, moviegoers looking for something adapted from sequential art had their choice of exactly one film: Mystery Men, an ensemble comedy with a peripheral connection to an oddity called Flaming Carrot Comics.

It wasn’t that the movies were terrible, though some of them certainly were. It was more that they felt somehow sealed off. These were properties steeped in lore, with years or even decades’ worth of legacy informing their characters, yet watching their celluloid versions gave no sense of the larger universes they sprang from.

From its opening scene, 2000’s X-Men signaled its difference. There was no rescue mission, no jut-jawed stoicism, no swooping vigilante. Instead, a concentration camp. Poland, 1944; detained Jews being marched inside by Nazi guards. A child being separated from his parents and dragged away, reaching back toward them—until, with a bellow, his anguish overpowered physics and forced open an iron gate. That’s how you meet a young Erik Lehnsherr, later known as Magneto.

This was a movie that didn’t just acknowledge the allegories of Marvel’s X-Men comics but embraced them. Stan Lee’s mutants have always been a metaphor for any marginalized group, anyone hated and feared for the strength of their identity. To reduce Magneto’s mutant supremacism and Professor X’s kumbaya approach to a Malcolm X–MLK dichotomy may be reductive, but director Bryan Singer nonetheless leaned in to the civil-rights resonance—and by casting Ian McKellen and Patrick Stewart as the longtime rivals, gave mutanthood’s internal struggle the actorly chops it deserved.

Subtext aside, X-Men wrapped its long past around itself like no comic-book movie ever had. Superman may have had Lex Luthor, and Batman may have had the Joker and a gallery of other nemeses, but they were characters. X-Men made its mutants into legends, rumors that whispered at a world far beyond the one shown on screen. Early on, in a scene at a Senate hearing, a politician mentions a report of “a girl who can walk through walls”; Kitty Pryde may not have shown up until far later in the movie, and then only in a brief unnamed cameo, but even a glancing reference like that winked at initiates. (And when she does show up later at Xavier’s School for Gifted Youngsters? With Jubilee and Iceman and Colossus in tow? Whether you knew the knot of teenagers by sight or you found out later from an excited friend, you knew there was, to borrow another franchise’s catchphrase, more than meets the eye.)

As one movie turned into two, then three, things changed. Brett Ratner showed up to direct 2006’s X-Men: The Last Stand and immediately Ratnered it up, shoehorning the hilarious-at-the-time “I’m the Juggernaut, bitch!” meme into a never-hilarious actual movie scene. (Ellen Page, if you’re reading this: We all know this should never have happened, and we’re sorry.) Still, the movie was reaching past the frame and back to its plentiful source material; 13 years before Dark Phoenix, The Last Stand incorporated elements of the comics’ Dark Phoenix story arc.

That continued after a much-needed reboot. A new generation of X-Men movies plumbed the comics for stories: 2013’s The Wolverine found motivation in Chris Claremont’s 1982 series of the same name; the next year’s X-Men: Days of Future Past got its name and its plot from another early-’80s story arc; even 2017’s Logan, detailing Wolverine’s later days, grew out of a comic book.

Meanwhile, all over Hollywood, rights-holding studios finally started to wake up to the goldmines they were sitting on. Sony handed Spider-Man over to Sam Raimi; Fox tried to extend its own luck by sending the Fantastic Four into battle and distributing New Regency’s Daredevil and Elektra; having left the X-Men franchise, Bryan Singer made Superman Returns for Warner Bros. The results, to put it diplomatically, were mixed. None was able to do what the X-Men movies did: summon a living, expansive cinematic universe.

At least until a guy named Kevin Feige became president of Marvel Studios. Feige had been an associate producer on the original X-Men, and he brought that sense of scope—along with a love of comics history—to his new job’s first feature film. 2008’s Iron Man may have been a stand-alone story, but when the end credits gave way to a surprise scene, fans got their first inkling that things were about to get much more ambitious than a mere sequel.

What’s happened since, of course, is well known to anyone who’s bought a movie ticket in the past decade. The Marvel Cinematic Universe has stitched together more than 20 films into an airtight crochet of interlocking narratives. The X-Men franchise, on the other hand, has never quite managed to match its initial promise. Saddled with middling scripts and baffling direction, it’s failed to make a lasting impression.

In that way, Dark Phoenix is a fitting swan song. Somehow both wooden and muddy, its few bright spots give you just enough fodder for a not-quite-ironic discussion of “Which Was Worse: This or X-Men: Apocalypse?” It wants you to take it seriously, so it makes sure people yell “fuck” at least twice; it wants you to know how strong Jean Gray’s Phoenix power is, so it forces the paraplegic Professor X to dance-walk up a flight of stairs. As Cyclops, Tye Sheridan looks dumbfounded; as Storm, Alexandra Shipp glowers. Everyone else looks either lost or miserable. (Their hands, though, look great.)

Now that Fox is officially owned by Disney—Marvel Studios’ parent company—the future of the franchise is very much in doubt. The X-Men, as well as Deadpool and the Fantastic Four, could have a bright future in a post-Avengers MCU, yet anything short of a complete reboot is all but unimaginable. And if that does happen, Feige and crew would do well to heed Magneto’s advice from Dark Phoenix: Stop with the speeches—nobody cares.