Microsoft E3 2019 conference: all the Xbox Scarlett news, as it happened 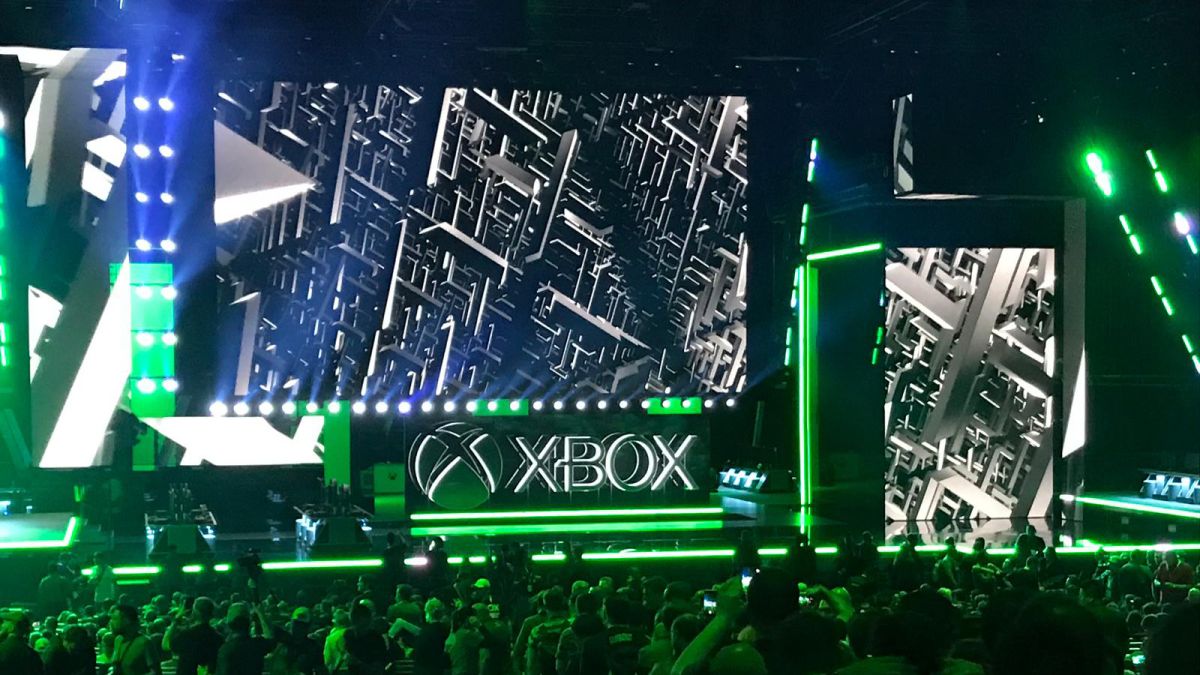 We were reporting live from the Microsoft Xbox E3 2019 conference at Microsoft Theatre in Los Angeles on June 10, where the company finally announced its next generation Xbox – Project Scarlett.

The Microsoft Xbox E3 2019 keynote was full of twists and turns, including a surprise appearance from a famous face that had the entire theatre on its feet. Missed out on the action? Don’t worry. We liveblogged the whole conference below, so read on to see how the whole conference played out in real-time.

Below is the full presentation if you want to watch it all, or scroll down for a bulleted list of our top stories – and then the liveblog, preserved in all its glory with our up-to-the-minute thoughts and reflections. Read on!

14:36 – Unless Microsoft is planning some big surprises then that seems to be the end of the conference. We have to admit, we hoped we would hear more on Project Scarlett.

14:32 – Master Chief is back and looks better than ever. Also coming Holiday 2020 alongside Project Scarlett.

14:25 – Four times more powerful than the Xbox One X. Up to 120 FPS, 8K, ray-tracing, SSD as virtual RAM and custom design-processor from AMD. Backwards compatibility across all Xbox consoles – four generations.

14:22 – Here comes the next Xbox. Made by the same team that built Xbox One X, Xbox Live and Xbox Pro Controller. You’ve got us on tender hooks here, Phil.

14:21 – Project xCloud first public hands on taking place at E3 2019. Console streaming turns Xbox One into your own Project xCloud.

14:18 –  Yep, Borderlands 2 DLC confirmed: Lilith and the Fight for Sanctuary.

14:17 – Borderlands 3 new trailer. Are we about to get confirmation of the Borderlands 2 rumored DLC?

14:12 – Microsoft partnership with Smilegate which means World Premiere of Crossfire which comes out 2020. No one seems to know who they are but Phil says there’s a global fan-base of 650 million. Show us the receipts, Phil.

14:10 – Phantasy Star Online 2 is now coming to the Xbox One. First time in the west but the online title is big in Japan. It’s free to play too. Spring 2020 for a release.

14:08 – State of Decay 2: Wasteland is up next, bringing two new stories to the title. It’s available now and on Xbox Game Pass.

14:05 – I love a good Pop! Vinyl as much as the next geek but not particularly sold on this new Gears of War Pop! game. Pre-orders are open soon though.

14:00 – If that wasn’t enough, there is also Terminator character DLC available for Gears 5.

13:55 – Here come the pyrotechnics and another whole new cinematic trailer for Gears 5’s Escape mode. Everything smells like burning in the theatre. We’re regretting not being closer to afire exit.

13:50 – Next is Way to the Woods. An adorable indie title that focuses on a child and parent deer. This is exactly the wholesome content we’re here for. Well, in between the gratuitous violence obviously.

13:30 – Getting our filler of indie titles: Spiritfarer, Battletoads, The Legend of Wright and a load of others coming to Xbox Game Pass.

13:22 – Keanu reeves is coming to Cyberpunk 2077 and the theatre is going mental. He is definitely a perfect choice for this game.

13:13 – This will be the “largest showcase of games” at E3 2019. Xbox plan on showing 60 games in total, 14 games from Xbox Games Studios and 34 games on Xbox Games Pass. Spencer also confirmed we’ll be hearing more on next-gen Xbox.

13:10 – Minecraft Dungeons next. Imagine an RPG, dungeon-crawling version of Minecraft with a four-player online and couch co-op mode. It’s due out Spring, 2020.

13:05 – Ninja Theory up next. Let’s see what the studio has been up to now its part of the Xbox family.

12:55 – Announcement in the theatre has just confirmed the conference will start in five minutes. Prepare yourselves!

12:50 – We’ve just had a safety announcement so hopefully it’s not long until things get underway. It should all be kicking off in just 10 minutes. Currently the Microsoft Theatre is comparable to a rave held by the Grinch – green lights everywhere, trance blaring and dancing influencers. If this is how Phil Spencer gets pumped up then who are we to judge?

12:45 – Rumor has is Microsoft are set to announce a whopping 14 games at today’s conference. We’re expecting a few of those to be launch titles for the next Xbox, alongside some games which have already been announced. But we’re also hoping ol’ Phil Spencer has some tricks up his sleeve and hits us with a few surprise announcements.

12:35 – The conference is literally about to start but leaks are still flooding in. According to a tweet by Twitter user Sabi, the next Xbox will have 120FPS, 8K support and backwards compatibility for all consoles.

If that’s the case, it will be an insanely powerful console and the PS5 will definitely have its work cut out trying to keep up. Check out the tweet below:

12:30 – We’re live from the Microsoft Theatre in Los Angeles and the atmosphere is buzzing. Every time the music changes, the crowd audibly gasps but – as far as we know – the conference is running a little behind.