Copa América 2019 live stream: how to watch every football match online from anywhere

The Copa América, South America’s biggest football tournament, heads to Brazil for the first time in 30 years with Chile looking to be crowned champions for the third time in a row. Regardless of where you are on the planet, our guide below for getting a Copa América 2019 live stream will ensure you don’t miss a kick.

While the hosts will be missing talisman Neymar, the tournament won’t be short of big name stars from across the continent, with Argentina’s Lionel Messi, his Barcelona teammate Luis Suárez and Brazilian/Liverpudlian Roberto Firmino all due to set to be in action.

Copa América 2019 will play out over 26 matches around nine stadiums in five cities across Brazil – from the Arena Corinthians in Sao Paulo to the iconic Estadio do Maracana in Rio which is set to host the final.

As Conmebol, the South American football federation, only has ten members, two other teams are invited from other continents to take part in order to allow a three group tournament structure. This year’s guests are Japan and World 2022 hosts Qatar.

It all kicks off on Friday, June 15 with the hosts playing Bolivia.

Having failed to mirror his trophy-laden club career with Barcelona on the international stage, all eyes will be on Lionel Messi to once again attempt to end his tournament hoodoo and lead Argentina to some silverware. His country are a long overdue some glory in the competition having not won the Copa América since 1989.

Despite having won the competition twice on the spin, Chile come into the tournament way down the list of favourites according to Betfair, thanks to an ageing side and star player Alexis Sánchez‎ struggling for form at Manchester United.

After recent tournament disappointments, Brazil will be looking to gain ground on their great South American rivals Argentina who have lifted the trophy 14 times in comparison to the samba stars eight triumphs in the Copa America. A major plus for the hosts will be home advantage – they’ve won the tournament on the four previous occasions that they’ve held it.

If you want to know where you’ll be able to watch every single match, we’ll tell you exactly where you can catch them online with our 2019 Copa América live stream guide.

Below we have a full rundown of your viewing options for the 2019 Copa América in different countries – check out how to watch in the US (where ESPN+ will be streaming the tournament in its entirety), the UK, Canada and Australia.

The problems start when you try to watch your domestic coverage online while out of the country. Give it a go and you’ll quickly find your stream in geo-blocked.

That’s super annoying, but not unavoidable. We’ve found that using a Virtual Private Network – or VPN – to be a handy solution. You select a server in your home country and then watch as if you were sat back at home on your couch.

We’ve tested all of the major VPN services and we rate ExpressVPN as the absolute best, thanks to it’s killer combination of security, speed and simplicity to use. It’s also compatible with loads of streaming devices such as Amazon Fire TV Stick, Apple TV, Xbox and PlayStation, as well as Android and Apple mobiles. So to get that home broadcast and stay safer online, ExpressVPN is your best option (or one of the other best VPN services out there as listed below).

Once installed, you simply open the VPN app, hit ‘choose location’ and select the appropriate location – it’s super easy to do. Choose a server in your home country and watch the Copa América if you were back there.

How to watch the Copa América: US live stream

While ESPN has the English language rights to this year’s tournament, they won’t be broadcasting matches live on TV. Instead the network is offering all 26 matches live online via its streaming service ESPN+.

It costs $4.99 per month so pretty darn cheap – which includes access on laptop, desktop, mobile app and TV streamer apps such as Apple TV, Amazon Fire TV, Roku, PS4 and Xbox. And there’s no commitment either, you can discontinue the service at any time.

If you’re outside the US but still want to watch that ESPN+ coverage, then there’s the possibility of using a VPN to access it from abroad.

How to stream the Copa América live in the UK 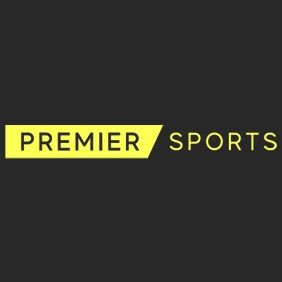 Lesser-known network Premier Sports has beaten all the other traditional UK broadcasters for the rights to show all of the action from Brazil live. You can subscribe for £9.99 per month for SD and HD coverage if you’re on Sky or Virgin Media, or £99 per year if you like the sound of its rugby union, rugby league and motorsport offerings, too.

Premier Sports also has its own dedicated app which lets you watch all this action on the go. And if you’re out of the UK but have subscribed, you can always use a VPN to relocate your IP to a UK location and watch the match as if you were back at home.

TSN is the official English language broadcaster of the tournament for Canada with coverage split across TSN2 and TSN3 for the start of the tournament, before switching to TSN for the crunch later stages. The network will also be offering live streaming to its subscribers via its TSN Go app.

Don’t get disheartened if you’re away from Canada and want to catch the football. Instead, scroll this page upwards and check out how to use a VPN to live stream the free World Cup coverage from another location.

How to live stream the 2019 Copa América in Australia

If you fancy watching the South America soccer extravaganza in Australia, then you’ll need to be a subscriber to beIN Sport who have secured exclusive live coverage rights to the tournament.