PlayStation VR 2 could fuel the future of Grand Turismo

The last addition to the Gran Turismo series may have been a bit of a disappointment for fans, but developer Polyphony Digital isn’t letting that dampen the future of the franchise.

In fact, when it comes to next-generation hardware, the studio’s focal point isn’t mind-blowing graphics, shorter loading screens or even cloud-streaming, but making driving even more immersive.

In a recent roundable interview with GT Planet, Gran Turismo series creator Kazunori Yamauchi revealed that, when it comes to harnessing the power of next-gen consoles, Polyphony Digital’s focus is primarily on VR.

“The first thing that’s going to be affected by more power is VR,” Yamauchi told GT Planet. “I don’t think that there’s anything else that requires that much processing power. I really like VR; I’m one to believe in the possibilities of it, and it’s very suited for a driving game.”

While Sony hasn’t officially confirmed that PSVR 2 is in development, Yamauchi’s comments suggest that the company will be leaning into VR in a big way when it comes to the upcoming PS5.

“VR is something that really depends on the evolution of GPU power, and the hardware for it, like display devices even,” Yamauchi continued. “It’s something where you can never have enough computing power; there’s always going to be that hardware limit, and that limit is never going to be high enough for us! Obviously that’s going to gradually improve over time and we’ll make sure to follow that.” 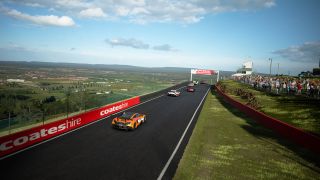 This isn’t the first time the Gran Turismo series has indulged in VR. GT Sport was initially due to be fully compatible with PSVR, however this ended up being limited to a special VR Tour Mode.

As Yamauchi points out, VR and driving games are a perfect match – with the immersive nature of virtual reality turning games such as Gran Turismo into makeshift driving simulators. However that’s not necessarily something all players want, especially when it deviates from the typical Gran Turismo formula.

Either way, Yamauchi’s comments suggest more powerful PlayStation VR could be  on the way – even if Sony has remained tight-lipped about any specific plans so far.

Speaking to Wired earlier this year, Mark Cerny (lead system architect at Sony, who’s currently working on the upcoming console) confirmed that all existing versions of the PlayStation VR will be compatible with the next-gen console.

However, whether there will be a new PlayStation VR 2 at launch is still currently unclear. Cerny said, “I won’t go into the details of our VR strategy today.” But we’re expecting to hear more on next-gen PlayStation VR in the coming months.