For some people, going with the best Linux laptops is the way to go, contrary to popular opinion that Microsoft’s Windows and Apple’s macOS are the only options for a notebook operating system. With this guide, we’re going to dive into the best laptops that are specifically built for the open-source operating system.

There aren’t any mainstream notebook vendors, beyond Dell at least, that offer Linux as a base OS option on a new laptop. This leaves us with other smaller manufacturers, which can carve out a niche for themselves with the best Linux laptops.

Plus, you can still install Linux on pretty much any laptop, even though some manufacturers lock down their products, making installing Linux kind of a pain.

We picked out five of the best Linux laptops on the market right now, all of which have been fine-tuned to run some of the best Linux distros (like Ubuntu, for instance). That means they’re guaranteed run the open-source OS out of the box without any tinkering. 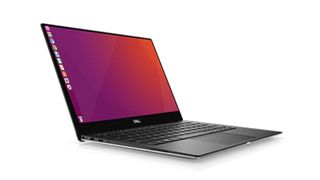 Ideal for those looking for a sleek-and-chic portable

The XPS 13 may no longer be the undisputed champion of the Ultrabook market, but it’s still one of the best Ultrabooks out there. And, one can only admire Dell for its unwavering Linux support on a flagship machine, making the Dell XPS 13 Developer Edition one of the best Linux laptops on offer.

The laptop is customizable so you can configure it to be suitable for everything, from your routine office tasks to your gaming habits, depending on how much you’re willing to pay.

If you wish, you can plump for the most expensive XPS 13, which has a 4K (3,840 x 2,160) InfinityEdge touchscreen. Though it’s worth bearing in mind that the higher-res screen will tax the GPU and CPU more, and may affect battery life adversely. The more wallet-friendly configuration runs with a Full HD (1,920 x 1,080) 13.3-inch InfinityEdge non-touch display.

As this is touted as a ‘Developer’ edition, it’s surprising there aren’t more customisation options. The basic model comes with 4GB of RAM and a 128GB SSD, and cannot be upgraded during checkout. The more expensive version, on the other hand, allows you to choose between the default 512GB SSD or to pay extra for a 1TB solid-state drive. All models come preinstalled with Ubuntu 16.04 LTS and 8th-generation Intel CPUs. 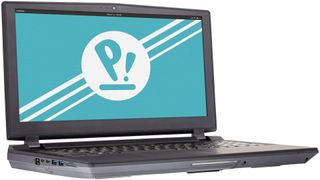 A powerhouse of a laptop, but a hefty beast

Up to 64GB system RAM

System76’s Serval WS is the ultimate laptop powerhouse, not to mention one of the best Linux laptops on the market. Available with a 15-inch or 17-inch display, it incorporates an 8th generation Intel Core i7 CPU typically found in desktop machines.

The Serval WS is highly customizable, with up to 64GB of system RAM and up to 12TB of storage on hand. A variety of Nvidia GeForce GTX 10-series GPUs are also on hand, and gamers will further appreciate the choice of either a Full HD or 4K display.

It’s obvious that a lot of thought and care has gone into the design of the Serval WS, considering that each key on the keyboard comes with its own multicolor backlight. The laptop, like all System76 models, comes preinstalled with either the firm’s own custom POP!_OS or Ubuntu Linux.

This notebook also has impressive connectivity chops with both USB 3.1 Type-C and Type-A ports (the exact number of ports varies by model). One thing to be aware of is that this laptop is a fairly hefty beast, with the basic 15-inch model weighing 3.4kg and the 17-inch version tipping the scales at 4.17kg. 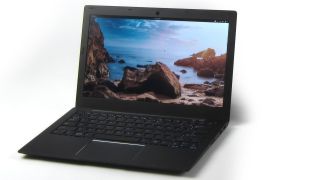 Designed to be ultra-secure

Purism embarked on a quest to build the most secure laptop ever, choosing (obviously) Linux distro PureOS to power the device. From that quest came Librem 13, one of the best Linux laptops on offer.

Purism is the only notebook vendor on the market to offer physical kill switches as standard on its laptops. Instead of going mainstream, the company tapped into the crowdfunding community to gain more than $430,000 (around £300,000, AU$550,000) worth of funding, allowing it to adopt a stricter ethos than most firms when it comes to privacy, rights to free software and security.

The Librem 13 might look and feel like a bog-standard laptop. However, there’s far more to it than meets the eye (for example, the company designed its own motherboards).

In addition, Purism’s commitment to Linux (and security in general) certainly goes beyond most of the vendors on this list. 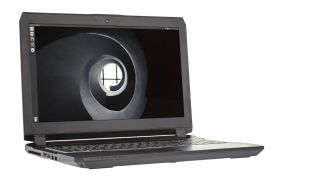 A highly configurable notebook with plenty of potential

Can be very expensive

One of the best Linux laptops to date, the Oryx Pro is definitely built for the operating system. Indeed, it currently offers a choice of either Ubuntu 16.04 or System76’s own Ubuntu-based Pop!_OS 17.10 on purchase.

The chassis is made from lightweight aluminium with a matte black finish and graphics are provided by GeForce GTX 10 series GPUs. The Oryx packs an Intel Core i7 quad-core processor (with Turbo to 3.8GHz) into its thin frame, and offers a choice of display sizes (15.6 or 17.3-inch).

By default, you get 8GB of RAM and a 250GB SSD, but the online store encourages you to customise the Oryx to suit your needs. You can pay extra to upgrade to 64GB of system memory with a 2TB SSD, if you wish and as long as you’ve got the cash – the top-end configurations get very expensive here.

You can also choose between Nvidia’s GTX 1060 and GTX 1070 when it comes to the GPU. Plus, it’s also possible to add extra drives, purchase a laptop bag designed to carry and protect your machine, or extend the warranty to three years. 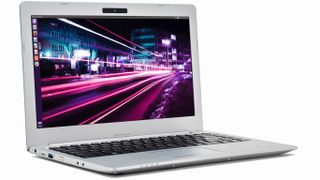 Looking for the ultimate Linux powerhouse?

A cheaper Full HD version should be offered

On paper, the Galago Pro from System76 is an absolute beast. And yet it weighs less than most laptops with a 13-inch screen. This is notebook rivals the Dell XPS 13 Developer Edition, touting an aluminium chassis and up to 32GB of RAM.

The Galago Pro has two hard drive bays. The ‘OS Drive’ in the first bay is a 120GB SSD by default, but can be configured at up to 2TB when you order. You can also choose to install a second SSD in the other bay of up to 4TB capacity.

If that isn’t enough, it has a 13.3-inch display with a resolution of 3,200 x 1,800, an Ethernet port, an SD card reader, two USB ports and a Thunderbolt 3/USB Type-C/mini-DisplayPort connector. In a nutshell, you will be hard pressed to get anything in Windows-land that can deliver this sort of compute power and storage capacity.