The Death of a Patient and the Future of Fecal Transplants 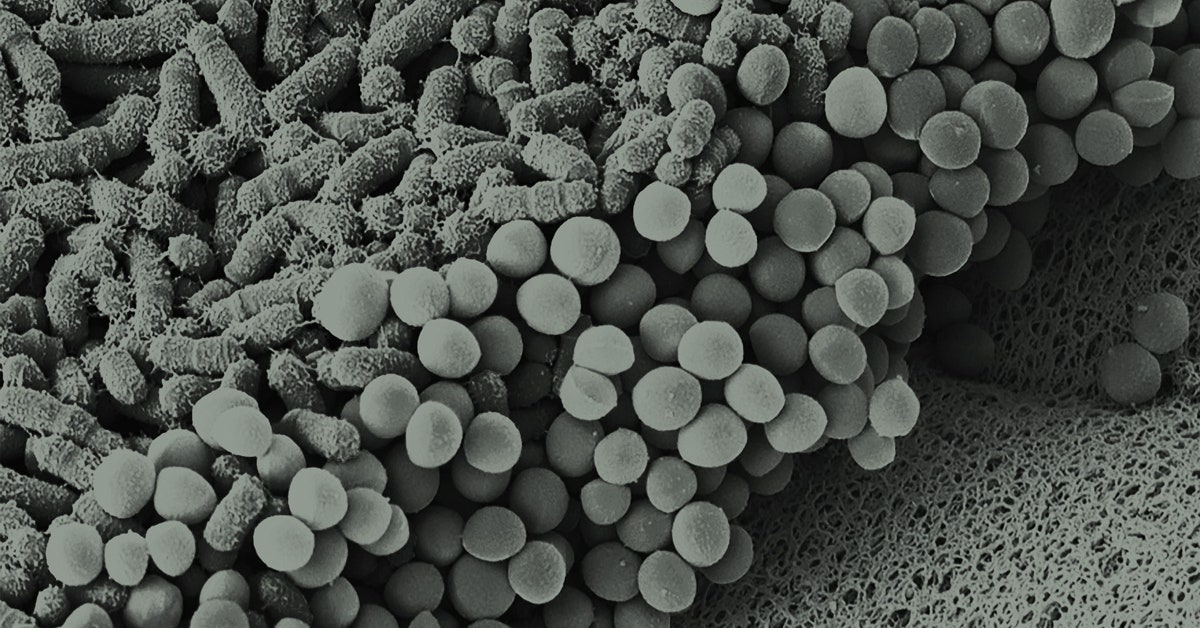 Last month the Food and Drug Administration sent out an emergency alert: Two people who had undergone fecal transplants developed multi-drug-resistant infections from bacteria in the stool they were given, and one died.

The death and illness may be the first serious adverse events associated with the poopy procedure, out of tens of thou­sands of times it’s believed to have been performed in the US. If those numbers are accurate, that’s an awfully good safety record. But it’s hard to know for sure, because roughly a decade since the procedure became mainstream, it still occupies a legal gray area, and thus whatever data is being collected isn’t comprehensive or public.

Maryn McKenna (@marynmck) is an Ideas contributor for WIRED, a senior fellow at the Schuster Institute for Investigative Journalism at Brandeis University, and author of Big Chicken.

That iffy legality is what is worrying the patients and doctors who practice the procedure now. The FDA has allowed fecal transplants to take place, even though they’re not an approved procedure, because they work extraordinarily well—and because, to this point, there were no bad consequences to make the agency rethink its permissiveness. Now that there’s been a death, the agency might have to reconsider, and one consequence could be that a still-grassroots procedure based on donations moves into the realm of pharma companies, intellectual property, and much higher costs.

There’s a lot to unpack here, so start with the obvious: A fecal transplant is just what it sounds like: inserting actual feces produced by a healthy person into the digestive system of a sick individual, to repopulate a gut that has an out-of-balance microbiome with a rich mixture of bacteria. (You can start from either end, by swallowing capsules or using a scope or enema.)

The main reason to do that is to cure a devastating, diarrhea-causing infection by Clostridioides difficile, the bacterium usually known as C. diff (and formerly called Clostridium difficile). C. diff infection is a side effect of other medical treatment; it occurs when a patient takes a course of broad-spectrum antibiotics that wipes out the multiplicity of bacteria living in the gut, leaving room for C. diff to burgeon. The standard medical response is stronger antibiotics—but in about one in five patients that makes the problem worse, leading to a worsening spiral of recurring diarrhea and stronger antibiotics, in which every recurrence ups the odds that it will happen again. C. diff infections occur more than 500,000 times a year in the US, causing some 30,000 deaths a year and leaving survivors homebound and frail.

Fecal transplants—some researchers call them FMTs, for fecal microbiota transplants—may have a long history: There’s a mention of “yellow soup” in an ancient Chinese medical text that might be discussing them. In the modern medical record they date to 1958, when a surgeon in Denver admitted to using them to help four patients recover from “pseudomembranous colitis,” a life-threatening syndrome that’s now recognized as arising from C. diff. They seem to have taken off in the US sometime in the 2000s, as a procedure performed in medical offices by some gastro­enterologists, and also by some patients in their homes—just a few years after a “hypervirulent” strain of C. diff arrived in the country.

There’s no question that the transplants work. They achieve a cure in something like 90 percent of C. diff cases, a far higher rate than for antibiotics. In fact, one study comparing them to antibiotics was stopped early, because the patients getting the transplants did so much better that it was unethical to continue. They work so well that specialty medical societies have agreed they are equivalent to drugs for recurrent C. diff, with some physicians saying that transplants should become the main treatment for the condition. Researchers also are looking into transplants for inflammatory bowel disease, irritable bowel syndrome, and a range of other problems that microbiome tinkering might affect.

That’s the history. Here’s the problem: Fecal transplants are inarguably a treatment, and the FDA regulates treatments. But treatments have always been devices or drugs, and feces are neither. In complexity, they’re closest to donated tissue, analogous to a ligament or a cornea. That makes them an awkward fit for the FDA’s regulatory pathways.

Subscribe to WIRED and stay smart with more of your favorite Ideas writers.

Over the years, the FDA has moved from exerting strict control on the procedure as an “investigational new drug” to giving experimenters some latitude, and more recently, tight­ening enforcement once again. In parallel with those changes, the procedure itself matured, going from patients and family bringing in their own bags of poop to the establish­ment of stool banks—analogous to blood banks—that recruit donors and screen them and their donations for any health risks. Some of those banks are maintained individually by universities, but the largest in the field is OpenBiome, an independent facility in Massachu­setts that says it has contributed material for 48,000 fecal transplants so far.

That is where things stood to this point, an informal compromise between keeping the procedure safe while not overly restricting patients’ access to it. And then the death occurred.

That death, according to the FDA’s own report, was caused by a fecal donation that had not been screened for a type of resistant E. coli, and it happened to a patient who was already immune-compromised when the transplant occurred. What hasn’t been disclosed is why and under what auspices the transplant was given. Was it at a medical center or a doctor’s office? Was it within a clinical trial? Was it for recurrent C. diff, the only condition for which the FDA has decided to be more lax, or for some other gut problem that some people think these transplants might cure?

“The material in these cases did not come from OpenBiome,” says Majdi Osman, a physician and the clinical program director at the stool bank, which screens for health risks so thoroughly that it boasts of excluding more than 97 percent of potential donors.

It seems likely the first effect of the patient’s death will be new requirements for thorough donor screening at any place performing transplants. That isn’t yet universal because the relevant professional societies, which typically write such detailed standards, haven’t tackled fecal transplants so far. But in a follow-up to the announcement of the death, the FDA said it will require the places performing poop trans­plants not only to check donations for pathogens, but to question donors about their daily-life risks of exposure to bad bugs.

The FDA’s own examples of the effect of that requirement include ruling out not only people who have recently been hospitalized or those who have traveled for medical tourism, but also individuals who work in health care. Barring health care workers, a restriction meant to enhance safety, could reduce the supply of transplantable poop. An academic review published earlier this year of the major clinical trials of fecal transplants found that all of them are using “unrelated donors,” and some stool banks operated by research universities have disclosed that they call on medical residents for help.

The threat of a shrinking pool of willing donors points to the central problem the FDA still must tackle: how to balance safety against patients’ ability to access a crucial treatment. “This procedure is incredibly effective; it has helped thousands of people and saved many lives,” says Diane Hoffman, lead author of a 2017 article recommending other pathways to licensing fecal transplants, and director of the law and health care program at the University of Maryland, which has held three symposia examining concepts for licensing them.

Requiring stool banks to participate in clinical trials, a necessary precondition for approval, also has downsides, she notes. “If people can only get access through a clinical trial, when they may not be eligible for the trial or may be given a placebo, people may end up doing it at home, as a DIY option, where you have no screening at all.”

Of course, access to fecal transplants has always been limited, because not all doctors are willing to perform them. There is no denying that fecal transplants have an ick factor, triggered by our seemingly hardwired aversion to stool and its cargo of parasites and pathogens. (Improving accessi­bility was the impetus behind OpenBiome’s founding; it routes around disgust by handling the messy stuff at its headquarters and providing physicians a processed, frozen transplant dose.)

But the answer to the disgust problem isn’t a fix to the accessibility problem; in fact, achieving one may make the other worse. An abundance of startups are studying how to create an artificial stool or its closest equivalent: a lab-created mix of beneficial bacteria that would convey the same benefits as a natural stool without the mess or smell or physicality of poop. An artificial stool, or a solution or pill that delivers stool’s key components, would solve the pathogen problem, the supply problem, and the disgust problem all at once.

But an artificial fecal transplant also would come to market gifted with the exclusivity guaranteed by FDA approval and patents, and burdened with a need to recoup millions in investment. That inevitably suggests a substantial cost—and though no one has predicted pricing yet, it’s bound to be higher than the free poop tendered by family and friends and the $1,000 or so charged by OpenBiome. High prices could force sick people out of medical offices and back to kitchen blenders—and to relying on poop that could be carrying pathogens that DIYers can’t detect.

That’s a hypothetical, because a poop replacement product is likely still a long way off. “A few years ago, I would have assumed we would be closer, but I don’t know that we are,” says Colleen Kraft, an infectious diseases physician at Emory University who oversees some of the studies looking for an alternative, and who previously ran a stool bank at the school. “We continue to wait to see if anyone can create a therapy that works as well.”

With the death of a patient, however, the FDA will be under new pressure to address how fecal transplants are conducted today. At a minimum, the agency owes the public an explanation of the transplant-related death and illness, along with clarity about what the practitioners did badly and how patients could be better protected.

It’s difficult to imagine a scenario in which fecal transplants become more safe and routine and also remain widely affordable. It seems likely that regulators will end up tilting toward more oversight. For everything gained in safety, patients still might lose.