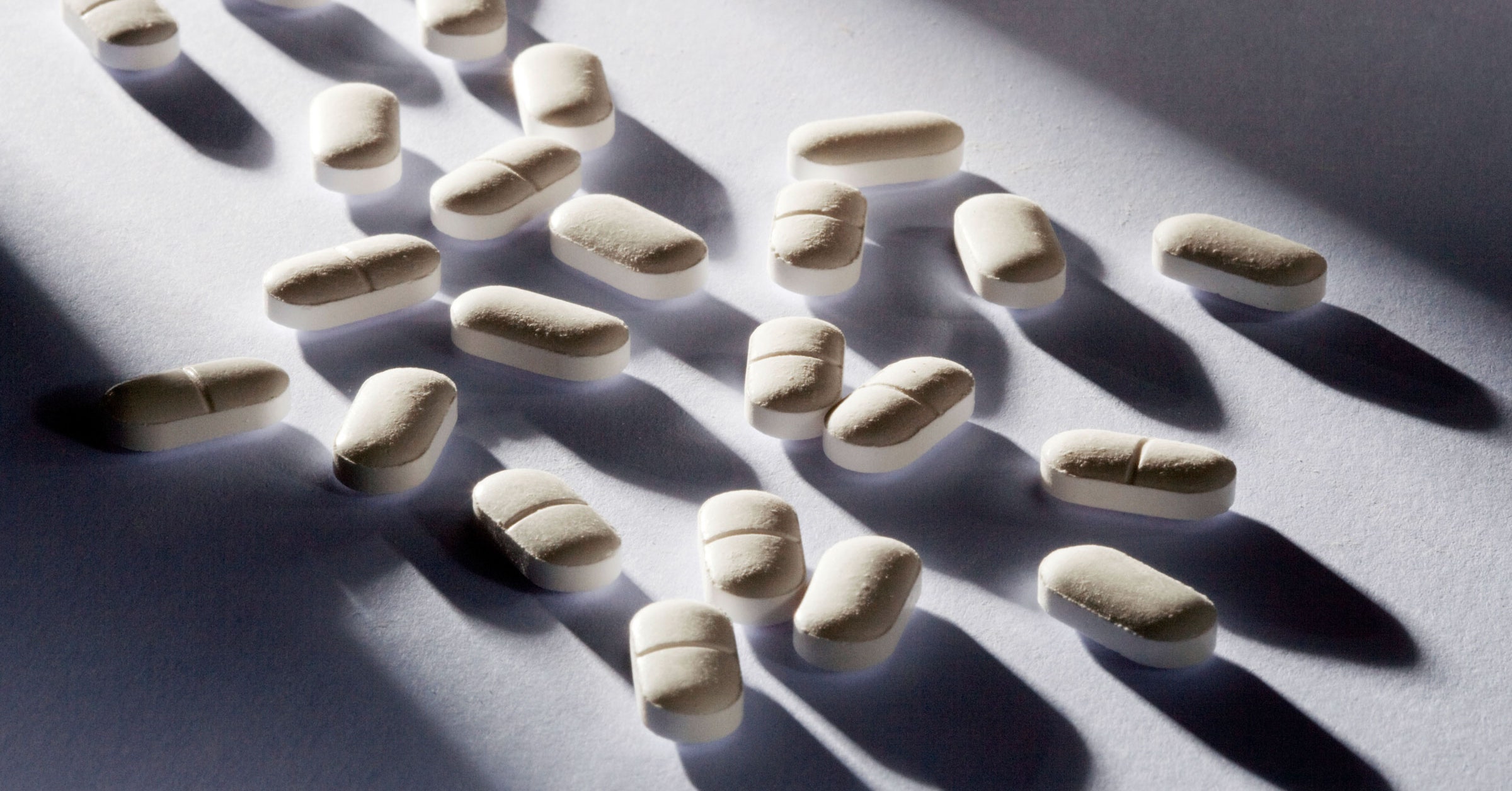 On the second evening of Prime Day, Amazon’s annual sales bonanza, Anne Marie Bressler received an email from Amazon that had nothing to do with the latest deals. The message, sent from an automated email address Tuesday, informed her that the Align nutritional supplements she ordered two weeks earlier were probably counterfeit. “If you still have this product, we recommend that you stop using it immediately and dispose of the item,” the email reads, and says she would be receiving a full refund. It’s not clear how many other customers may have purchased the fake supplements. Amazon confirmed that it had sent out the email but declined to specify the number of customers impacted.

For years, Amazon has battled third-party sellers who list knockoffs of everything from iPhone charging cables to soccer jerseys on its site. Nutritional supplements are another popular target for fakes, as it’s a largely unregulated industry. The US Food and Drug Administration has been criticized—including by former staff—for declining to test dietary supplements for safety and effectiveness the same way it does pharmaceuticals. In this instance, the problems came together: an Amazon merchant sold dupes of genuine probiotics made by Align, a Procter & Gamble brand.

“We are aware that some counterfeit Align product was sold on Amazon via third parties,” Mollie Wheeler, a spokesperson for Procter & Gamble, said in an email. “Amazon has confirmed they have stopped third party sales of the Align products in question and Amazon is only selling Align product received directly from P&G manufacturing facilities.”

In a statement, an Amazon spokesperson highlighted several initiatives the company devised to detect counterfeiters, like Brand Registry and Project Zero. Brands typically need to elect to participate in these programs, and the spokesperson declined to clarify whether Procter & Gamble or Align were already enrolled.

“We investigate every claim of potential counterfeit thoroughly, and often in partnership with brands, and in the rare instance where a bad actor gets through, we take swift action, including removing the item for sale, permanently banning bad actors, pursuing legal action, and working with law enforcement when appropriate,” the statement reads. “We have taken these actions against the bad actors in question and proactively notified and refunded customers.” Neither Amazon nor Procter & Gamble would say who first detected the fake pills.

Amazon also didn’t respond to a question about whether it would test the counterfeit probiotics, leaving Bressler and other customers to wonder if they may have ingested something dangerous. The FDA has found that supplements sometimes contain prescription pharmaceuticals like steroids or antidepressants, which can be harmful if a person takes them without being aware of it. CVS recently announced plans to independently test every nutritional supplement it carries in its stores. That Amazon isn’t doing the same might sound careless, but the reality is that the company has already taken far more action than it’s obligated to under the law.

Even if the counterfeit Align pills Amazon sold turned out to be harmful, Bressler and other buyers would likely have little legal recourse against the company. When consumers have tried to sue online marketplaces like Amazon and eBay for selling dangerous goods in the past, courts have ruled they aren’t responsible for products offered by third-party vendors—they serve merely as intermediaries between consumers and sellers.

In many of these cases, the companies have defended themselves using Section 230 of the Communications Decency Act. Passed in 1996, it shields them from nearly all liability for what sellers or users post on their sites. In one 2014 case, for example, a judge found that because of Section 230, eBay isn’t liable even when it sells items that have been recalled. “Marketplaces aren’t responsible for passing along recalls, even if they know the recalls have been issued, and even if they would have the capacity to share them,” says Eric Goldman, a professor at Santa Clara University School of Law who has written extensively about intermediary liability. (Items that have been recalled, however, are prohibited under eBay’s Terms of Service.)

Retailers, on the other hand, can be held directly responsible for selling things like questionable dietary supplements. Three years ago, the Department of Justice ordered GNC to pay a $2 million fine for selling products with harmful hidden ingredients, and the chain agreed to better police the goods on its shelves moving forward.

Amazon is both a retailer and a third-party marketplace. It buys some products directly from manufacturers and sells them at a markup, and it allows independent merchants to offer their goods directly to consumers, the latter of which accounts for 58 percent of gross merchandise sales on the platform. But the line between those two parts of its business are not always clear. Amazon exerts a significant amount of control over sellers, including dictating how their goods appear in search results. It also often warehouses and ships their products for them. And unlike on eBay, Etsy, or other online marketplaces, a single Amazon product listing can feature goods from dozens of independent sellers, making it difficult for consumers to understand from whom they’re purchasing a product. “Amazon has obviously kept pushing the needle further and further toward taking responsibility for marketplace goods,” says Goldman.

The US 3rd Circuit Court of Appeals ruled earlier this month that these kinds of differences do, in fact, make Amazon liable for harmful products sold by third-party sellers in some circumstances. The judges noted that because third-party vendors can only communicate with consumers directly through Amazon, they can “conceal themselves from the customer, leaving customers injured by defective products with no direct recourse.” The case involved a woman who purchased a dog collar from a third-party vendor on Amazon in 2014. Several weeks later, while she was walking her dog, it snapped, leaving the woman permanently blind in one eye. Goldman notes the ruling is based on Pennsylvania law, and doesn’t yet set a precedent for the rest of the country. Amazon is also asking the court to review it again.

Making Amazon legally liable for everything on its site wouldn’t be a silver bullet. The immunity granted under Section 230 is what, in part, made it possible online marketplaces to thrive in the first place. If platforms became totally liable, that would make it incredibly difficult for, say, Etsy to allow independent artists to sell their work on its site. Amazon has banned some products it’s deemed to be dangerous, like hoverboards, but there are an endless number of other categories in which seemingly benign products may pose risks.

And in situations where Amazon can’t be held legally responsible, it can be almost impossible to track down the entities who are. The third-party vendor who sold the knockoff Align pills, or the company that manufactured them, may very likely be difficult to find, especially if they’re overseas. In the dog collar case, The Furry Gang, the third-party vendor that sold the defective collar, completely disappeared.

The US government is taking more notice of the growing problem of counterfeits, and how online shopping in many ways has allowed knockoffs to flourish. Lawmakers in the House of Representatives held a hearing on counterfeits Thursday, where representatives from various industries spoke about the threat to their businesses. “As one of the largest and most influential e-commerce companies in the world, Amazon has an important role to play in ensuring that counterfeit goods stay out of consumers’ hands; and we look forward to their continued cooperation toward that end,” Robert C. Barchiesi, a representative from The International AntiCounterfeiting Coalition, said in his written testimony.

Is there something about Amazon you think we should know? Contact the author at louise_matsakis@wired.com or via Signal at 347-966-3806.