The rumor is that Samsung has another Galaxy Book laptop on the way, and now there are leaked images of said laptop to back up those claims.

Posted by noted tipster Evan Blass, the pictures purportedly show a Galaxy Book S that is likely to be unveiled in the not-too-distant future. Could it even get shown off on the same day as the Samsung Galaxy Note 10?

This laptop would appear to follow a traditional clamshell design rather than using the same 2-in-1 detachable form factor of previous Galaxy Book laptops.

We’ve got a 3.5mm headphone jack and a USB-C port on one side of the laptop, though one side is all we get. The selection of images also includes one taken from the front and one taken from overhead, both with the laptop opened up. 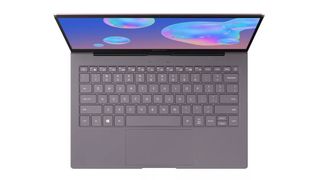 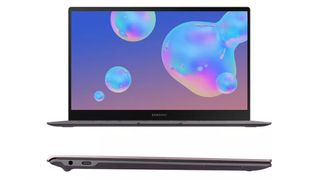 These renderings don’t include an S Pen, which was an optional extra on the Galaxy Book 2, so it looks like Samsung is going down the traditional laptop route here – at least as far as these unofficial images go.

Previous whisperings around the device suggest we’re going to get 8GB of RAM and an 8-core, 2.84GHz CPU as one of the configuration options, which would point to portability being as much of a priority as power here.

That’s just about all we know on the laptop so far, though as always we’ll be keeping our eyes and ears open for any further leaks. The Galaxy Book 2 (shown at the top of this article) appeared in October 2018 so we might have a few months to wait yet for this one.

In the meantime Samsung just unveiled a premium Android tablet and is going to be showing off a new smartwatch as well as the Note 10 next week.