Google Pixel 4 seemingly caught in the wild, and with a tiny chin 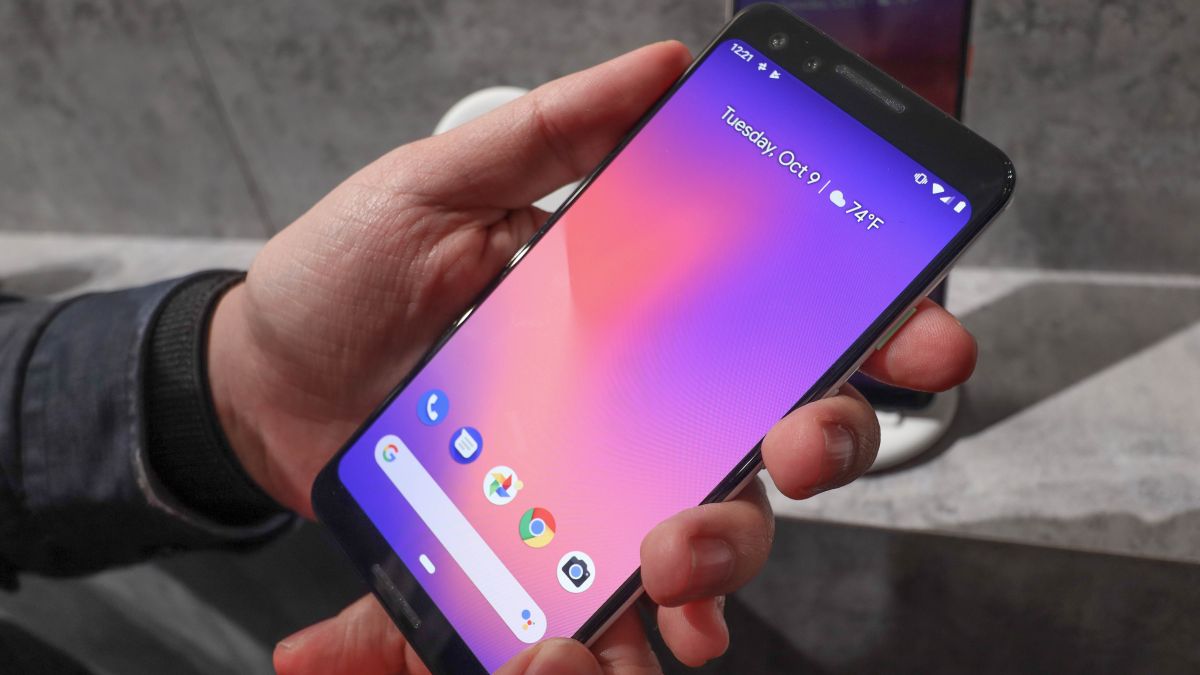 Most Google Pixel 4 leaks so far suggest the phone will have a big forehead and a smaller chin, and a new leaked photo of the phone suggests the bottom bezel might be even tinier than expected.

The photo, shared by TheTeenTech, was supposedly snapped on a plane, and from the image it appears there’s virtually no bottom bezel at all. It’s possible that the angle of the shot makes said bezel look smaller than it is, but the source claims it seemed as small as the side bezels.

Other than that, there’s the expected large top bezel, and the source claims the phone had a white back, a metal frame, a black square camera block, and an orange power button.

They also say that the Pixel 4 – or whatever this is – unlocked almost instantly using facial recognition. Finally, the camera app has apparently been redesigned, though other than it having a trimmed down top menu they couldn’t remember specifics.

As ever we’d take all of this with a pinch of salt, even more so because the source doesn’t have much of a track record, and the photo is low quality enough that it could easily have been manipulated.

Even if the photo is real, there’s a chance that it’s not the Google Pixel 4 that it shows, or that the bezel is bigger than it appears here (due to the photo’s angle). But other than a slightly smaller bezel than expected, this leak largely lines up with other rumors.

We may not find out how accurate it is for a while though, as the Google Pixel 4 range probably won’t be announced until October. But we’ll be sure to bring you every credible leak in the meantime.