Even Physics Textbooks Tend to Get Friction Slightly Wrong 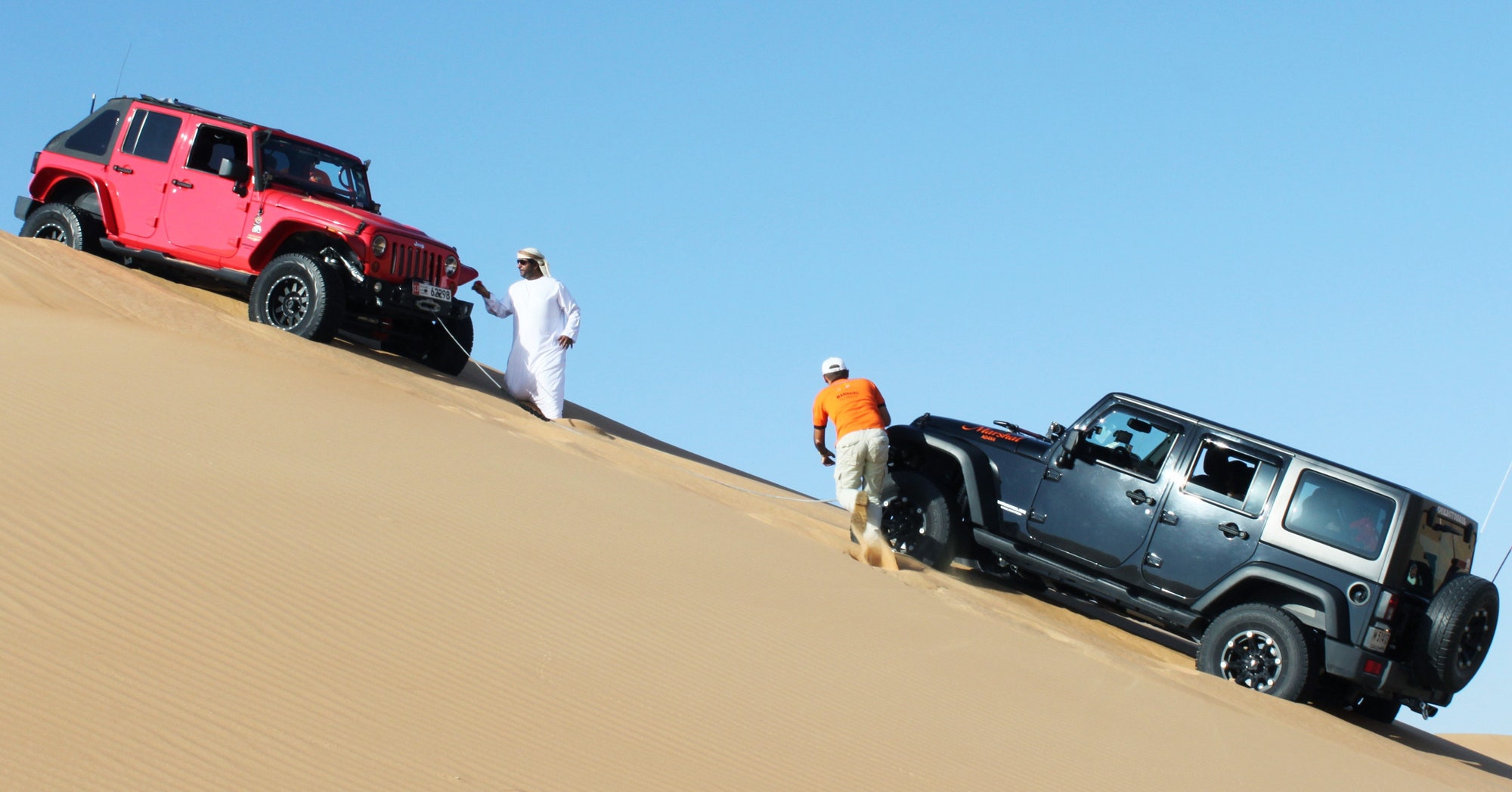 Sometimes you think you have a complete understanding of something and then BOOM—a simple problem throws everything out the window. Let’s consider a very basic physics problem involving pushing a block with a frictional force. These kinds of problems are quite common in your introductory physics textbook—but they often miss some subtle details.

I’m going to go over two fundamental ideas in physics: the momentum principle and the work-energy principle. Let’s use these two ideas for some simple physics cases and see what happens. It’s going to be fun.

The momentum principle says that a net force on an object is equal to the change in momentum (p) divided by (t), the change in time (the time rate of change of momentum). Oh, momentum (for most objects) can be defined as the product of mass (m) and velocity (v). I’m going to show you this with a 1 dimensional example just so that I can avoid using vector notation (this will keep it simple). Here is the momentum principle (in 1D).

Now let’s use this. Suppose I have a very low-friction cart with a constant-strength force pushing on it (in this case, it has a fan mounted on top). Since there is a force, the cart will speed up. Here’s what that looks like.

We can now use the momentum principle to find the change in speed over some time interval. Here are some mostly real values for the cart above (I made some slight modifications due to measurement errors).

OK, let’s do it again. This time with TWO fans. Here is a cart with two equal forces pushing in opposite directions. After turning on the two fans, I give the cart a push so that it moves to the right.

Again, since the net force is zero, there is no change in momentum. Everything is fine.

This isn’t completely new. In fact, you can derive this idea from the momentum principle. The work-energy principle says that the work (w) done on a point mass is equal to its change in kinetic energy. Work is done by a force moving a certain distance. Actually, it’s only the force in the direction of motion that matters. As an equation, it looks like this.

Here θ is the angle between the force and the displacement. If the force is “pushing backwards” you can have negative work. For the kinetic energy, it depends on the mass and the velocity.

OK, let’s go back to the fan cart from above. Suppose I want to look at this problem using the work-energy principle instead of the momentum principle. In that case, I need one extra thing—the distance over which the force is applied. From that same fan video, the force pushes the cart over a distance of about 0.79 meters. Now I can calculate the work (the angle is zero degrees) with a value of 0.11 Joules. If I set this equal to the final kinetic energy, I can solve for the final velocity and I get 0.528 m/s. Boom. That’s essentially the same thing as with the momentum principle.

What about the case with the two fans pushing in opposite directions? In this case, one fan does some work—let’s just say it does 0.11 Joules. The other fan has the same force for the same distance, but it is pushing in the opposite direction. For the backwards-pushing force, the angle between the force and the displacement is 180 degrees. Since the cosine of 180 degrees is negative 1, the work done by this force is -0.11 Joules. That makes the total work equal to zero Joules and a change in kinetic energy of zero Joules. The only way for that to happen is for the cart to move along at a constant speed. Great.

What about the block being pulled along the table with friction? Again, the two forces are the force from the string pulling to the right and friction pulling to the left. The total work on the block would be zero and it would move at a constant speed.

BUT WAIT! There is a problem. What if you measure the temperature of this block before and after you pull it? Here are two thermal images—also, I put a piece of styrofoam on the bottom so that you could see the temperature change.

It’s not a huge increase in temperature, but it did indeed warm up. If I slide the block over a larger distance (or back and forth) you can see a bright streak on the surface. That is an area where the table increases in temperature—the block also gets hotter.

Here is the answer. You can see this with a different example. Suppose that I rub two brushes together instead of a block and a table. Watch what happens.

Notice that as the brush is pulled, there are two forces that do work. My hand does work (positive work) and the brushes do work (negative work). But look closely. Notice that as the brush (and my hand) move to the left a certain distance, the brushes bend. This means that the force the bottom brush exerts on the top brush moves over a shorter distance than the hand moves. Even if the force of the brush is the same magnitude as the force of my hand, the brush does less work because it moves over a shorter distance. That means the total work done on the brush is NOT zero Joules but some positive amount.

Of course the brush is an analogy for friction. We like to think of friction as this nice and simple interaction, but it’s not. For the block sliding on a table, the frictional force is an interaction between the surface atoms in the block and the surface atoms on the table. It’s not so simple. Physics textbooks like to treat a block as a point object—but it is not a point object. It’s a complicated object made of countless atoms. In the case of friction, you can’t forget that and just treat a block as a point object. It doesn’t work.

Let’s just be clear. If a physics textbook asks you to calculate the “work done by friction”—just say no. Just say no. You can’t really calculate that. Yes, we want to make physics as simple as possible—but not so simple that it gets you into impossible situations like the one with a block sliding at a constant speed.

Oh, but wait. There are quite a few physics textbooks that actually ask about work done by friction. The first book I grabbed had an example that was something like this:

Jake pulls a box with a mass of 22 kg. The rope makes an angle of 25 degrees with respect to the horizontal. The coefficient of kinetic friction is 0.1. Find the work done by Jake and the work done by friction for the case where the box moves along the ground a distance of 144 meters.

Bad. Bad question. You could indeed calculate the force of friction—but you can’t calculate the work done (unless you also know some stuff about the changes in thermal energy). If you calculated the work done by friction as the frictional force multiplied by the distance the block moves, how would you account for the increase in thermal energy of the block (and floor)? Oh, but you could do this problem with the momentum principle and it wouldn’t be a problem. Remember that the momentum principle deals with forces and TIME, not DISTANCE. So even though the frictional force acts over a different distance, the time is the same for both the frictional force and the force pulling the string.

Then what are we to do? If we can’t do work done by friction, how are we supposed to teach physics? Well, here is the problem. The main goal in physics is to build models that agree with real-life experiences. These models could be a big idea like the work-energy principle—and that’s great. Let’s consider an example with another model. What about a globe? It’s a model of the Earth. It even shows the location of the continents and everything. But what if I want to use this globe and measure its mass and volume so that I can determine the density of the real (full-sized) Earth? That wouldn’t work because the globe isn’t actually Earth. The same is true with the work-energy principle. It’s great for some things, but you can’t just use it wherever you like.

Finally, let me point out that I only know about these problems with work and friction because of my good colleagues Bruce Sherwood and Ruth Chabay (yes, the authors of my favorite physics textbook Matter and Interactions). It was during an informal side conversation at the recent meeting of the American Association of Physics Teachers (AAPT). Honestly, there are so many educators at this conference that have a huge impact on the way that I think about physics. It’s always great to see them.